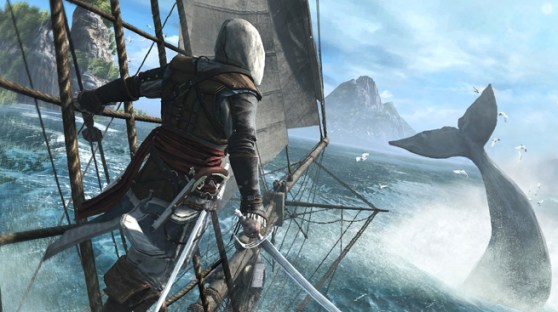 If you thought Assassin’s Creed III peaked during its naval side missions — mainly because it did — have I got some good news for you.

“About 60 percent of the main path is on land,” says Ashraf Ismail, game director on Assassin’s Creed IV: Black Flag. “40 percent is naval.” While he hesitates to call the previous game a usability test for Black Flag’s pirate adventures, he does admit that Assassin’s Creed III helped push the technology where his game needed it to go. Then his team took it further. Because while new assassin Edward Kenway frequently haunts the Caribbean in his brigantine, the Jackdaw, Ismail stresses that the action at sea and the assassinations on land aren’t two separate-yet-equal components of Assassn’s Creed IV (releasing November 1 on PC, Wii U, Xbox 360, and PlayStations 3 and 4). Together, he says, they make up one seamless, fluid game.

“I’m chasing after a target,” says Ismail. “All of a sudden, that target gets on a ship and starts going. OK, I can jump on my ship and go after him. And I can kill him by destroying his ship or by boarding him and taking him out specifically. Whether your target’s on a ship or on land, that’s a detail.”

Here’s another: Unlike Assassin’s Creed III, you’ll board shore-to-ship and even ship-to-ship at will without load screens or cutscenes.

“Plundering a ship is one of the most common ideas of what a pirate did,” says Ismail. “We decided it has to be completely in the flow.” When someone spots a sail on the horizon, Edward can quickly scan it and tag it with the new spyglass tool, which works on land-based targets as well. Once you know what that distant ship is and what it’s carrying, you can get to work. “You approach him, you attack him, and — once he’s weakened to a certain point — you order your crew to throw the grappling hooks. As soon as the hooks are in and you let go of the wheel, you’re completely free to do anything you want.”

You can take out Edward’s pistol and use the new free-aim system to snipe at the enemy crew or blaze away with your deck-mounted swivel gun. Grab a rope and swing over, Errol Flynn-style, with a signature Creed finishing pounce. Or jump into the drink, swim around to the other side of their ship, and sneak up from behind while your crew leads the frontal assault.

“And all this while,” adds Ismail, “you have to worry about military ships that are on the hunt for pirates.”

A huge variety of hunters and prizes roam the ocean in much the same way soldiers and guards patrol the cities, requiring different tools and tactics to take them out. Meanwhile, colossal man-of-war frigates purposely lock off tempting islands and the treasures they hold — until you build your ship up enough to take them on. 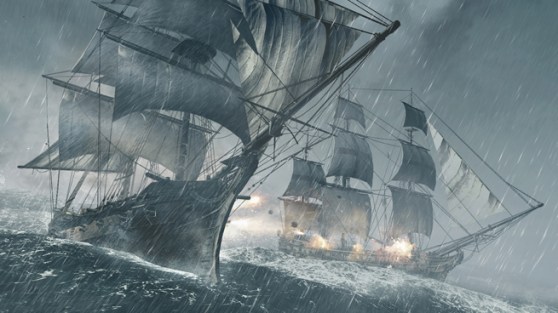 “The Jackdaw is the second main character of the game,” says Ismail. “This is your Starship Enterprise. You need to fix it when it breaks. You get to customize it, and you really get to upgrade it.” He’s not kidding. A design schematic Ismail showed me indicated that the Jackdaw starts with only six guns. Fully rigged, she can carry 56.

Your crew also needs proper management to keep them ship-shape. Ismail shies away from comparing them to the brotherhood of assassins that players recruited in past Creeds — and dodged questions about recruiting missions for your able seamen — but he also emphasizes their worth. “There are named characters that have side missions that have an important role in the game,” he says. But even redshirts need attention, too. “There is a lot of gameplay involved with them. They play a big role in the boarding. Some aspect of them can die. You have to worry about that.”

You might also worry that you’ll get bored out on the open water with nothing to do. Not so, says Ismail. Black Flag randomly generates events around players, baiting them to veer off course.

“We want people to get distracted,” he says. “We want players to head for their next mission marker, but then the game puts in distractions and motivations that you’re not forced to play but really enticed to play.” Ismail doesn’t implicitly spell these distractions out, but prize ships are an easy guess as is what’s sure to be a controversial addition: whaling, or “harpooning” as Black Flag calls it, judging by multiple slides and screenshots on display. 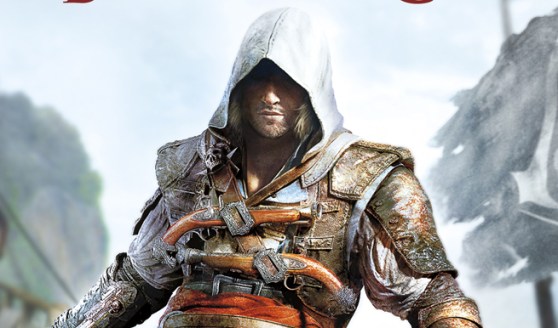 Edward can also drop anchor, ride a weight down to the bottom, and go searching for treasure on sunken wrecks … where hungry sharks roam. I saw a fast clip where one of the brutes chops down on an unfortunate sailor and drags him off. The shark who tries to make a meal of Edward gets a cutlass stabbed through its gut instead, so you won’t be helpless when Jaws comes nosing around. Back topside, you’ll also have to contend with harsher weather, including lightning storms and fog that can play havoc with your navigation and your crew.

And all that might sound like it diverts dramatically from the core Assassin’s Creed game. Ismail disagrees, calling it the perfect blend of pirate and assassin.

“We’ve created the first naval open-world game,” he says, “but it’s not a land game and a sea game. It’s one game. It’s the Caribbean. We’re working our butts off to ensure that players intuitively feel that it’s one solid, cohesive experience.”