Ubisoft and the Belgian Pro League have partnered to develop One Shot League, a new blockchain-driven fantasy soccer game.

Ubisoft’s Strategic Innovation Lab and its existing Pro League partner, Sorare (the global fantasy football game where players collect, buy, sell and manage a virtual team with digital player cards), have partnered for the launch of the beta version of One Shot League.

The parties are looking for new innovative ways to engage with fans worldwide and this first phase will be the opportunity to welcome players’ feedback.

One Shot League will be a competitive free-to-play fantasy soccer game in which players form a five-player team from a previously selected deck of cards of Jupiler Pro League soccer players. With a new team selected for each match day, they will compete with the entire community for the top of the leaderboard. 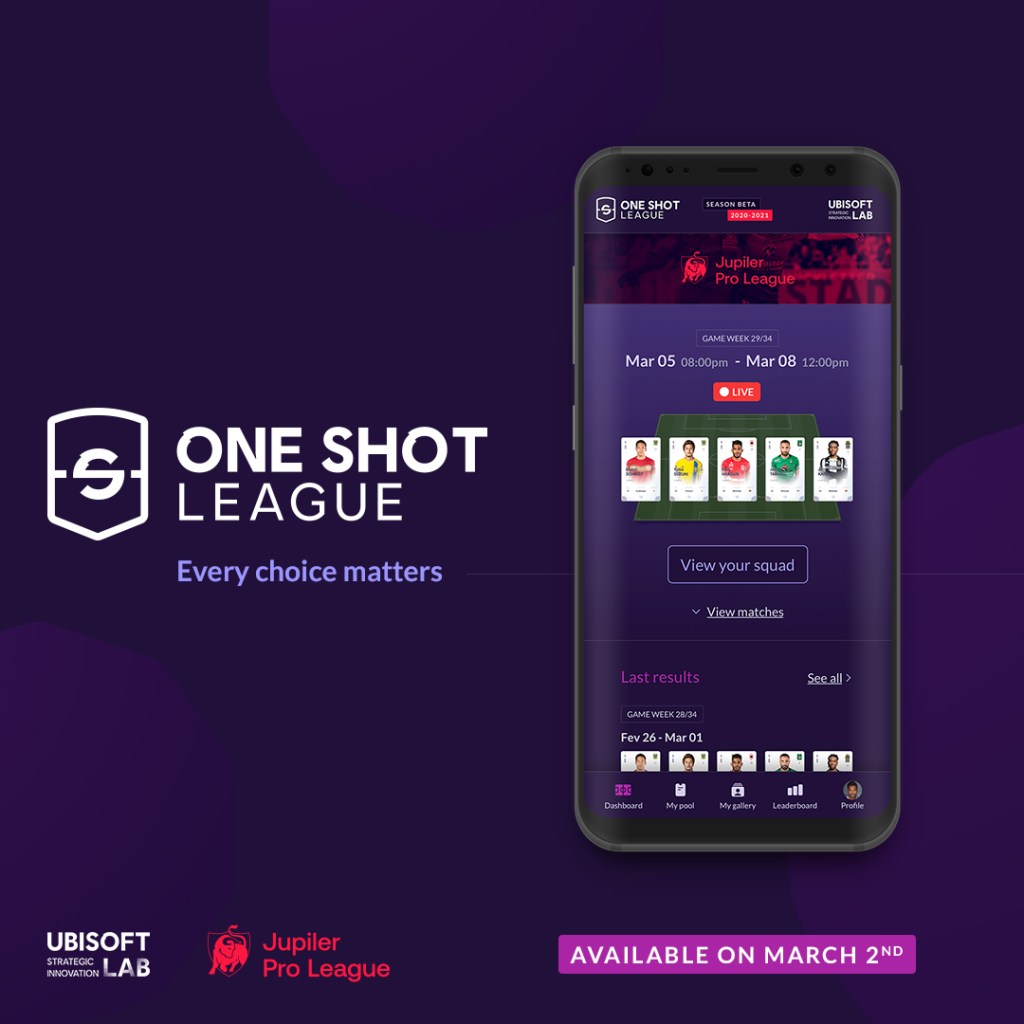 Above: Ubisoft’s One Shot League

Pro League CEO Pierre Francois said in a statement that his was the first soccer league to embrace Sorare’s technology in 2018.

In addition to its original game design, One Shot League offers winners of each match day limited edition official Sorare trading cards, another fantasy football platform. These football player cards, shared and usable in both games, will accelerate the player’s progress in One Shot League. 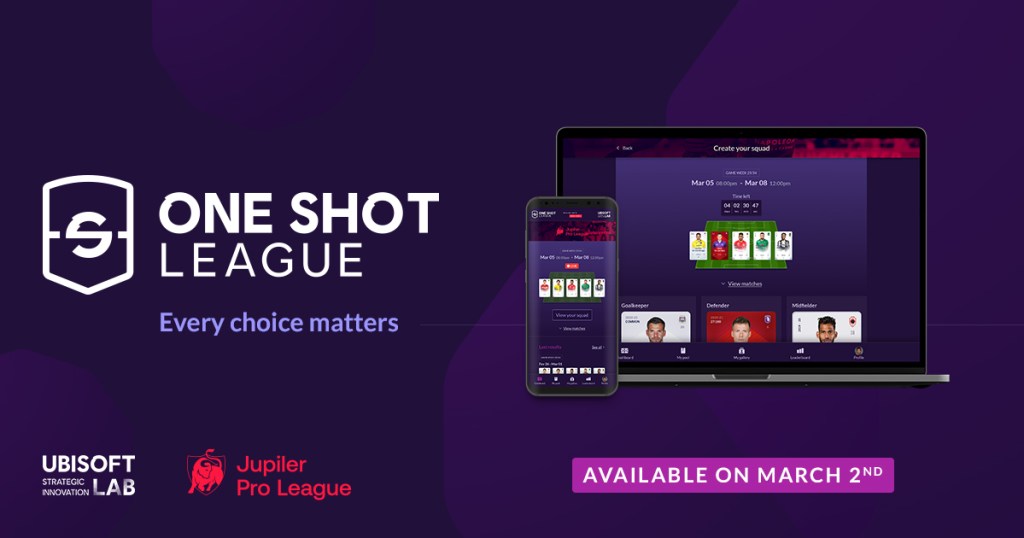 Above: Ubisoft is partnering with the Belgian Pro League.

The main technological innovation of the game is the use of blockchain, which permits players to be the true owners of the cards they collected and thus to use them in One Shot League as in Sorare. In addition to granting greater freedom to the player, this technology also makes it possible to establish the scarcity of digital cards and to exchange them on several dozen digital asset marketplaces.

Through this new experience that is One Shot League, Ubisoft’s Strategic Innovation Lab continues to explore the possibilities that blockchain can bring to gamers and to the future of video games. In particular, this project offers the opportunity to implement the concept of interoperability of game elements between different games without the usual barriers of blockchain for the general public (possession of a digital wallet, technical knowledge, etc.).

The beta version of One Shot League is available for free today. The Pro League is responsible for the organization of Belgian professional soccer.