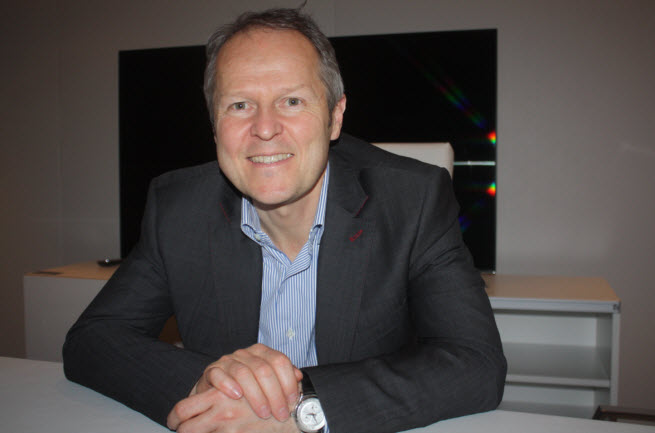 LOS ANGELES — Ubisoft is one of the winners coming out of the 2013 Electronic Entertainment Expo. The French game publisher’s press conference and new games scored big hits with consumers and the press. Ubisoft chief executive Yves Guillemot sat down with us twice to discuss the reception to games that could drive Ubisoft’s growth for years.

We talked to Guillemot on Sunday at a pre-E3 dinner, and we did so again in a one-on-one conversation Thursday. He was in a good mood because Ubisoft had such a good reaction to hardcore games like The Division, The Crew, Assassin’s Creed IV, and Watch Dogs. Ubisoft also has some mass market pleasers like Just Dance 2014. All of these are big bets on the new consoles coming from Microsoft and Sony later this year.

GamesBeat: What was your reaction to your press conferences

Yves Guillemot: I think I should ask you, really. [Laughs] No, we were very happy with the press conferences. We achieved the goals we had, which were to launch the two new brands – The Crew and The Division – and take people into next-gen worlds, more open worlds, living worlds, with social and better A.I. and better graphics but also access via mobile and tablet and so on. All those things are coming along well.

GamesBeat: You had more than one game with seamless multiplayer and single-player.

Guillemot: That will be what we want to play now. If you want to be alone, you’re alone. If you have friends pop up, you can play with them. There will be a lot more cooperative play than before. There are lots of possibilities.

GamesBeat: I heard something weird. I don’t know if it’s true or not. Sony, on Monday, said used games are go. Then, on Tuesday, it said that publishers can charge what they want. Were you the publisher who got mad at Sony, because you wanted the right to charge what you wanted?

Guillemot: [Laughs] People are looking all over at what’s the best way to make this work for everybody. We have a system that works quite well in stores today, but games will change with time, so we’ll have to keep on evaluating. With time, I think we’ll find the right solution.

GamesBeat: EA says that they’re using the Frostbite game engine on almost everything now — Command & Conquer, Plants vs. Zombies, Battlefield. Do you also want to get to the point where you have an engine like that?

Guillemot: We already do that. Watch Dogs runs on an engine that’s very close to the one we used in Far Cry. Assassin’s Creed is using the AnvilNext engine, which we reuse in many places, too. We don’t want to be too limited in what we offer our creators, so we try not to be too restrictive there, but we optimize when we can.

GamesBeat: With the Kinect, you mentioned that you might try the toy business. That seems like one interesting use of it. Are there more interesting Kinect games that you see coming for you?

Guillemot: Yes, we do, because everyone will have a camera in the future. We’ll be able to do Kinect games specifically for this generation. They need to sell enough machines first, though.

GamesBeat: Everybody was coming into the show saying, “Do we need more consoles?” Coming out of the show, do you think everyone’s convinced that they want another console?

Guillemot: A lot of them, I think, are. We see that preorders are very strong for the new machines. People seem to be convinced once they come out of here, so that’s good.

GamesBeat: Is there anything else important at the show that you’d like to talk about?

Guillemot: We’ve said it all, I think. We have quality games. We have more innovation. The possibility for open worlds all over will give freedom to consumers to play what they want to. It’s going to bring this industry to a place that everyone will want to be part of. Using your mobile devices as an interface with those worlds will open them up not only to people who love to play with a controller, but also the ones that want to play with a touch screen, because they understand how to play that way.

GamesBeat: Is there more innovation you could point to? I like the multiplayer in Watch Dogs, where you’re interrupted in your game by somebody who comes in and hacks you, and you chase that person down. Is there any more innovation like that that you see in other games?

Guillemot: A lot, in a lot of places. Living worlds will give our creators the ability to do so many things.