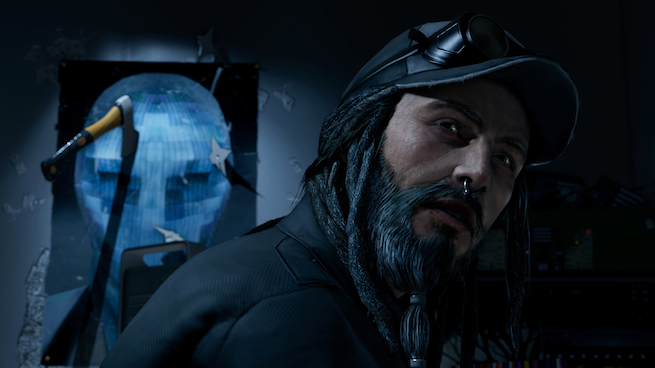 Shortt: I don’t think we’re asking the player to decide whether they’re going to be “good” or “bad.” We like writing in that gray zone. The situations we put players in are meant to make them think a little more. That’s why the profiler is so important for us. It turns NPCs into people. You have to make choices about those people.

Cumulatively, it’ll hopefully get the player to come away thinking, “Wow, I have all this power to hack into people’s lives.” That’s exciting. It’s great to be able to peer into someone’s life and see what goes on behind the curtain. It’s human nature. But it also raises the question of what right we have to that information.

We’re trying to challenge players in that regard in a soft way, whenever we can. I see it working in the ways players decide to play. You see them hacking for bank accounts or songs or system keys, which you can use to craft things. But you see players decide, “OK, I won’t do it to that person, because they’re unemployed.” They’re making choices based on what they read in the profile.

Did you try anything where you can hack into a camera and see inside a building, inside someone’s home?

GamesBeat: No, I didn’t get there.

Shortt: They’re all around the city. If you check the map, it’ll show you. See, you can hack into that phone there, which incorporates a little camera. We’re looking at the ceiling, but we can hear the conversation nearby. We have a variety of those sorts of things happening throughout the game.

We wanted to make sure we had a range of topics. Some of them, you see someone trying to kill another person. Or you see someone who’s just been killed. You can look at that and say, “Well, it’s good that the camera saw this.” There’s a sense that you’re seeing something that you’re clearly bad. But we have other moments that are more private and human, like a couple having a talk about how someone they know is dying. The wife says to the husband, “You have to let yourself die. We can’t afford your medical bills anymore.”

That’s a heartbreaking moment. It’s important to have that in there, because it raises the question – “Should I be seeing this? This is a private moment. It’s their problem. I don’t get anything out of this.” Apart from the fascination of seeing into someone’s life. By putting you in the hands of Aiden Pearce and giving you all this power, it’s a way to get the player thinking, “Wow. We’re moving to a world where privacy isn’t really a thing anymore. Everything is online. Everything is hackable. We’re moving fast. Maybe it’s worth slowing down and seeing what we think about this.” 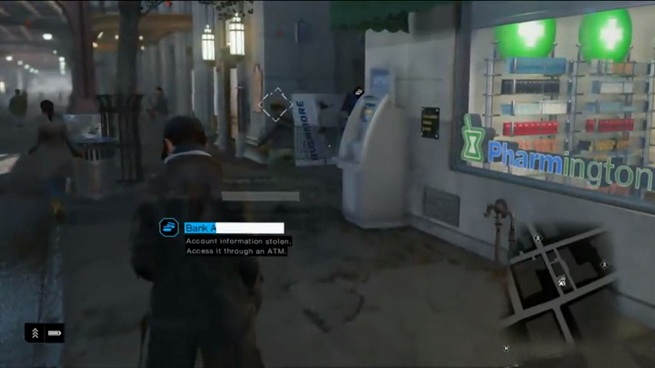 GamesBeat: How do you look back on this story? Is there a moment where it becomes a morality tale in the way that The Last of Us was? They wanted to direct you to this one point in time where the character makes a decision, and it affects the fate of the world. It tells you something about the character. It’s a very powerful ending, and it’s very directed.

Shortt: Pearce goes through an evolution, absolutely. He starts very single-minded, very much out for himself. Even this idea of protecting his family and obsessing over his family’s safety, it really comes from a selfish place. He made a mistake in the past and he’s determined to fix that. He just cloaks it in this idea of, “I want to protect my family.”

So he goes through an evolution from there over the course of the game. His eyes are opened to the amount of power and access he has. He realizes that his personal goals should be overshadowed by something bigger. He realizes that something more is going on. I hope that players—We don’t want players to come away thinking, “Okay, that’s the answer to it all.” What I would love is if players finish the game–They see Pearce’s evolution from this pretty selfish guy to a guy who’s opened up a bit more. I hope they come away looking at their own lives and privacy and security and access to information and they now have something to bring to the table when we talk about those issues, things like the NSA or Edward Snowden. It’s all part of our discussions nowadays. It would be great if we could be part of that dialogue.

GamesBeat: It seems like the direction of the news in the last year or so — it makes you much more topical. You’re bringing up issues that people care about more now.

Shortt: That all came up almost a year ago, yeah. It was funny. When we started this project, back in 2009—you start digging into this idea of hacking and privacy and information. You start getting wrapped up in that world. You start extrapolating. Where could this guy? If this goes here, it means this. Who’s controlling this information? A corporation? Governments want that information.

You saw the video we had back in 2012, do you remember? We released an announcement video that was all about CTOS and how everyone is a data cluster. Way back then, that’s what we were talking about. When the news came out, I think we had a mixture of, “Oh my God, it’s really happening at the level that we’d envisioned,” and then at the same time, “Well, of course it is.”

GamesBeat: When I talked to the fellow from the security firm Kaspersky, he mentioned that they’d uncovered this sizable plot to infiltrate security cameras and the like. That’s another element of the plot, along with the NSA revelations, that’s coming true.

Shortt: They’ve been toying with the idea of smart cities for years. That’s where we got the idea for CTOS. But no one’s ever done it on a major city like Chicago, yet. “Yet” is the key word. I think we’ll gradually move toward that.

GamesBeat: You guys did take some extra time here. Was the story any part of that?

Shortt: No, no. Everything’s done by that point in terms of story. One thing we did do, though. We took the opportunity, while we were polishing, to work on the profiler. We thought, “Okay, we can only benefit from adding more information to that profiler, making it more robust and unpredictable.” That was something we could do. We also went back to Chicago and recorded more random voices within the city. We’re just filling out that living city, so that you’re hearing more random conversations. We want the world to become more alive, as much as possible. 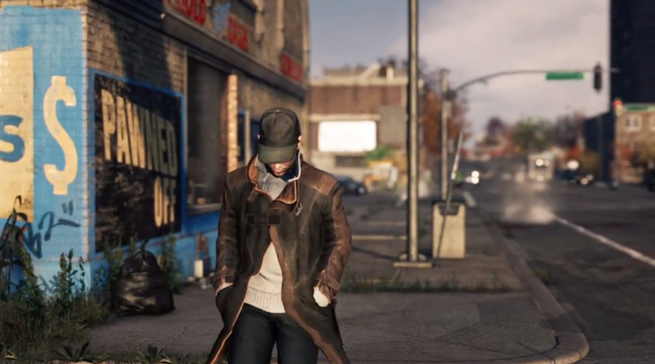