The Vita launch hype settled down quick, didn’t it? With the first batch of games out of the way, Unit 13 rocks up to the show with a surprising amount of confidence.

So far, most Vita games force touchscreen controls into every nook and cranny. Zipper Interactive doesn’t bow to peer pressure. Instead, the developer opts to showcase how effective tightly-woven gunplay and smartly designed levels are on the new handheld. Refreshingly, you won’t be hacking opponents to death with a flick of the screen. That is SO last week.

Instead of long, grueling levels, this title includes over 50 missions for those who want to pick up and play in spare time. Each objective typically lasts anywhere up to half an hour, but most clock in at around the 10 minute mark. The developer understands time is precious, and strives to ensure tasks aren’t soiled by unfair difficulty. You’ll quickly learn that, if you prematurely die in Unit 13, you’ve definitely done something wrong.

Each successful mission is rewarded with a final score, which is then posted to an online leaderboard. For those who like to get competitive, eradicating minor mistakes is the key to racking up the points. Is there anything worse than speeding through a mission, only to cause a disturbance at the last minute? Well yes, a bullet between the eyes trumps that. You can only take one or two shots before hitting the floor, so those who want to come out with a 5-star rating must prepare the correct weapons for each situation. 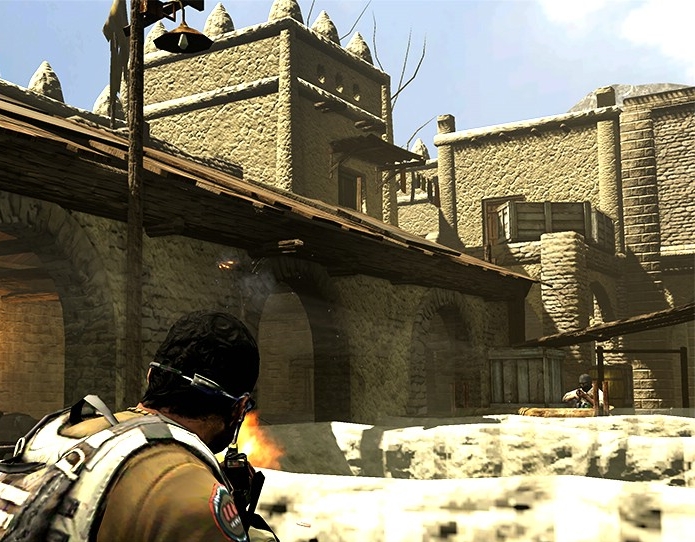 Plenty of options and replay value

The vast amount of character classes, weapons and add-ons make this game an entirely personal one. The briefing for each mission indicates who is best suited to the job, but you don’t need to stick to this loose set of rules. If you prefer unleashing a heavy gunner on a stealth mission, the assault rifle awaits your companionship. Completing each mission levels up the successful character class and weapons within it, meaning you quickly put your stamp on what scopes, silencers and extra guns become available.

I urge you to try a handful of missions with each character class. Whether you opt for a stealthy approach or love to throw hot potatoes into a crowd of enemies, this game does an excellent job of making each of your selections feel unique. Tactics must be slightly altered to encompass the strength of each class, meaning your offense is continually evolving in order to suit your needs.

No matter what mission you undertake, the use of cover should quickly drill itself into your every thought. Ducking and diving behind walls, tables, and crates is often implemented by developers, but Unit 13 puts a greater importance on such simple actions. While behind cover, the opportunity to scope out any potential danger arises. Areas can be quietly observed, giving you a massive advantage. Enemy patterns are easy to memorize, as they typically trundle back and forth in robotic fashion.

A life-saving picture is steadily built of your surroundings. Without ever stepping foot into the main firing zone, you’ll be able to eliminate those who stray from the pack. Cover offers a sanctuary between each execution, giving you the chance to plan ahead and approach with a pop-and-drop style.

Unit 13’s dynamic gunplay becomes the foundation for success. The default third-person viewpoint is easily shifted to first-person, a switch that allows precision shooting. Like most console games, the shoulder buttons are used to aim and fire. This feels entirely natural, and in the tougher missions, is an absolute life-saver.. Instead of shooting from the hip, peering down the site allows a lethal mix of speed and accuracy. Whether your cover is blown, or your enemy is unaware of your position, such efficiency makes each of Unit 13’s challenging objectives enjoyable, despite some lazy drawbacks. 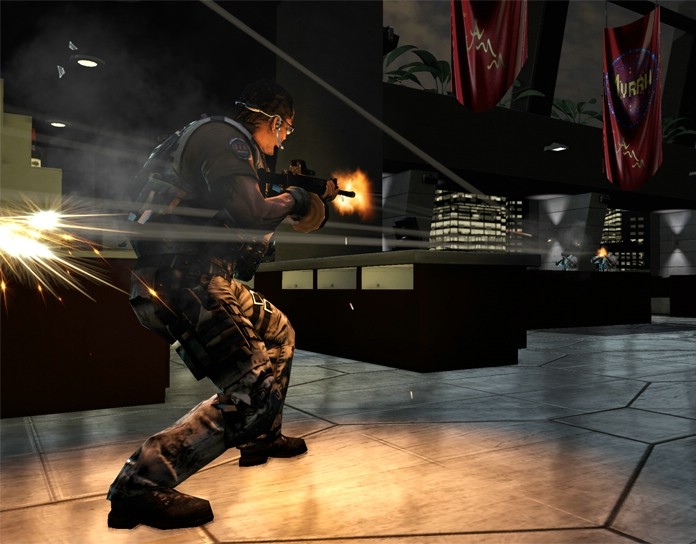 Unfortunately, Zipper Interactive shoots itself in the foot with dire A.I. Sometimes, you have to wonder how certain parts of a game makes it past the testing stage. While enemy soldiers often quip humorously to their allies, the jovial spirit soon turns to embarrassment when observing their behavior.

To start, your opposition suffers from short-term memory loss. Expect them to shoot at your position when spotted, then lose sight of your whereabouts a few seconds later. The barrage of bullets is often stopped by moving sideways. Occasionally, a brave soul will rush your position while the rest of his compatriots freeze in position. Although you can’t afford to take much damage, the opposition’s threat is predictable.

Many times I was able to kill one soldier, and wait for his buddies to inspect the corpse. Without altering my aim, they enter the cross hairs too. Combine the enemy’s ability to queue for death alongside their persistent forgetfulness, and the phrase “shooting fish in a barrel” comes to mind.

The uselessness of your foes doesn’t stop there. Guards often get stuck on scenery, making a mockery of the mission. Bodies stutter as the animation struggles to free those who imprison themselves on any protruding walls. Unit 13 builds itself on carefully designed levels, but the intelligence of the inhabitants suffers from neglect. When you realize these kind of occurrences are on repeat, the product doesn’t feel entirely finished. 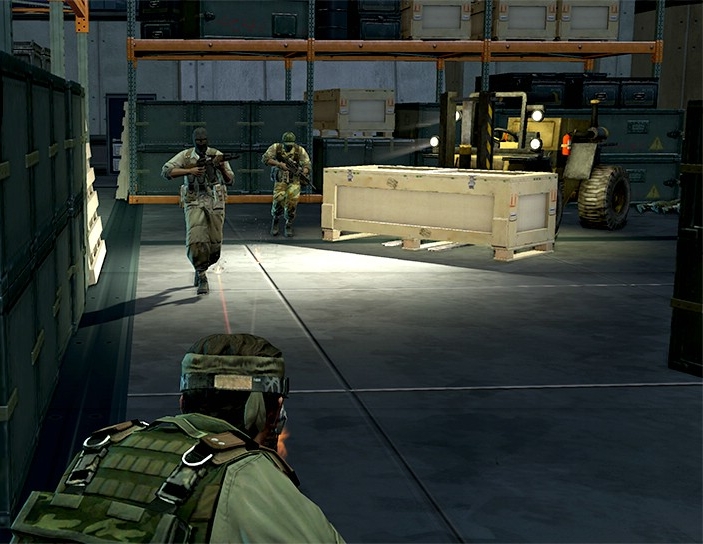 Locations also suffer from repetition. Through the use of warehouses, terrorist hideouts, and bases, Zipper Interactive underline this as one of Vita’s most generic titles so far. Each location does the job, but it would have been great to witness a smattering of imagination from the developer. The color palette only pushes beyond grays and browns for levels set in a nightclub, paling in comparison to the likes of Uncharted: Golden Abyss.

Despite the awful A.I and dull locations, this game offers an enjoyable challenge. Each mission is so finely poised that pre-planning and scouting ahead is an absolute must. Expansive options for the evolution of character classes and weapons make this an addictive shooter that continues to beg for your attention. Without a doubt, this game’s most impressive feat is the seamless inclusion of a first-person viewpoint. Zipper Interactive highlights Vita’s potential in this area, providing the best gunplay on the handheld to date. If you can overlook the annoyances, Unit 13 is worth signing up for.

Unit 13 will be released for the PlayStation Vita on March 6, 2012. A copy of the game was provided by the publisher for the purpose of the review.