Unity Technologies is acquiring Applifier, the maker of the Everyplay platform for sharing videos of mobile gameplay. The acquisition enables Unity, the creator of the popular Unity 3D game development tools, to expand the community-oriented services it can offer to both developers and gamers.

Community is becoming a big deal on game platforms as the popularity of Twitch has shown. Gamers use the livestreaming site to watch other people playing games. Helsinki-based Applifier adapted that idea and created Everyplay, making it easy for a mobile user to capture gameplay footage and share the video with friends. Everyplay became popular very quickly, and it helped mobile games get discovered more easily and inexpensively as people shared viral videos.

David Helgason, the chief executive of San Francisco-based Unity, said in an interview, “We have made awesome tools for developers so they can go multiplatform and build a big community. But we want to help those developers get discovered. Most people hear about games in mobile from their friends. What Everyplay has done is capture the best moments from your gameplay and put it online for others to see.”

More than 600,000 developers are using Unity’s tools to build tens of thousands of games with the Unity 3D engine now.

“Unity was founded to democratize game development, and we are incessantly searching for tools that can make our community more successful,” said Helgason. “By welcoming Everyplay to the Unity platform, we’re arming our developers with an incredibly powerful and authentic way to connect with a rapidly growing community of passionate gamers.” 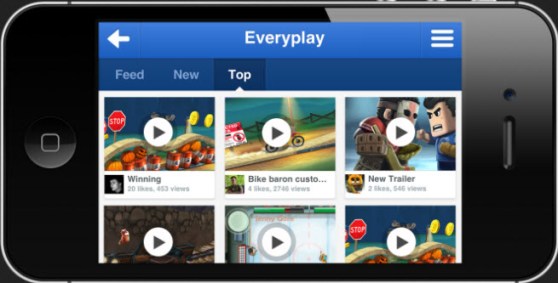 Everyplay gives developers a way to acquire new players and increase retention for free. Players can record, share, and discuss their great moments in gameplay. The service has 6 million registered users and is adding more than 1 million new players a month, and they are sharing millions of replays from hundreds of games on iOS and Android. Everyplay will continue to offer its software development kits outside of Unity products.

Jussi Laakkonen, the chief executive of Applifier, said in an interview that Everyplay will now be integrated into the Unity platform. Applifier’s other service, the GameAds video ad network, will complement the free cross-promotion network already in development for the Unity Cloud service. GameAds helps developers monetize non-paying users by showing them video ads.

“We fell in love with this when we first heard about it,” Helgason said. “Jussi has killed it, and it is growing like a weed.”

Applifier started in 2011 as a “rebel alliance” that banded together smaller social game developers. They created a cross-promotion network through Applifier that enabled them to share users and get new ones more inexpensively. The Applifier network grew to more than 150 million monthly active users on Facebook. As social-game growth slowed and mobile took off, Applifier pivoted and created Everyplay.

“It has been quite a journey building it,” Laakkonen said. “We are discovering that we are enhancing a really natural behavior of end users who want to share their experiences with others. It’s a tool that they can use to express themselves.”

The purchase price wasn’t disclosed. Laakkonen said he was glad that Applifier was able to help developers and that his job doing that isn’t done. He is joining Unity as a general manager of the Everyplay business.