Unity Technologies has a wide reach for its game engine, which designers use to make games for every platform. In 2016, games based on Unity were downloaded 16 billion times, up 31 percent from a year earlier, according to CEO John Riccitiello.

Riccitiello, speaking at the company’s press event today at the Game Developers Conference in San Francisco, said that Unity games are 38 percent of the top 1,000 mobile games, up from 34 percent in 2015. Unity games run on 2.6 billion devices, up from 2 billion in 2015.

Unity 5 debuted two years ago, and the company has been updating it since. Riccitiello said the company has made the software more robust and efficient. The improvements in Unity 5.3.4 led to a 38 percent reduction in support tickets even as the number of users rose 40 percent. 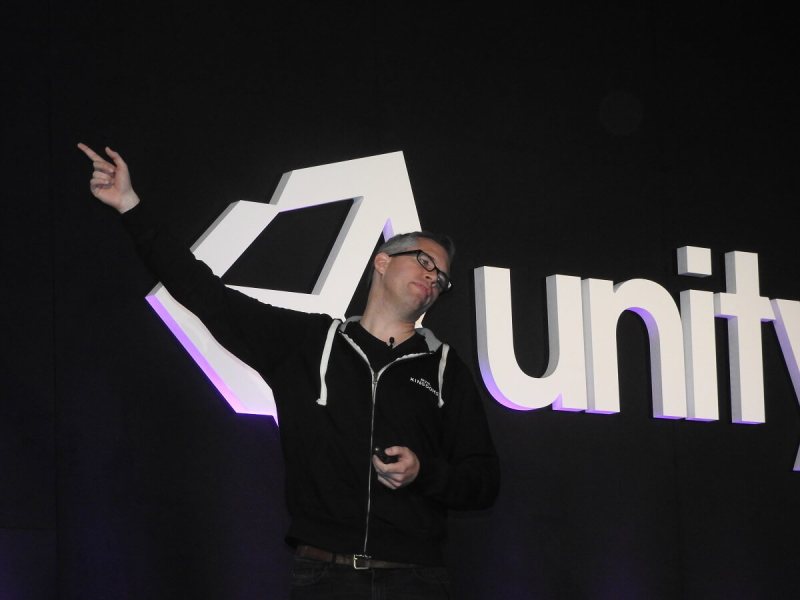 Unity games can run on more than 30 platforms, including 16 that were added in the past couple of years. Riccitiello said developers are seeing great success on the platform.

“We can prototype a game in two days,” said John Earner, CEO of Space Ape Games, which makes Samurai Siege and Rival Kingdoms. “We can make a meta game in three months and finish a game in one year if we want to.”

Earner said that in the past couple of years, Space Ape Games has gone from $24 million in revenues to $92 million, and its head count has gone from 60 employees to 100. The company’s most recent game is Transformers:  Earth Wars, built with Unity. And it is launching a new arcade racing game shortly.

Taehoon Kim, CEO of Nway, invited Ludi Lin, who plays the Black Ranger in the upcoming Power Rangers movie, came on stage to demo the Unity-based Power Rangers: Legacy Wars mobile game . The game comes out on March 23 on iOS and Android.