Unity Technologies is expanding beyond its game engine to services with the acquisition of Playnomics, which provides predictive analytics for game developers, GamesBeat has learned. 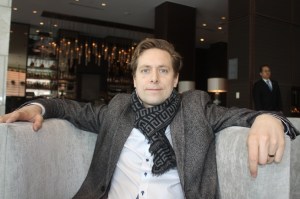 The deal was signed and it has closed, so San Francisco-based Playnomics will now be part of Unity chief executive David Helgason’s growing empire. Unity hasn’t announced anything, but multiple confidential sources tell us the effort is part of Unity’s attempt to become a one-stop shop for game tools and services for developers.

The acquisition of Playnomics is the second deal where Unity, the maker of the Unity 3D game engine, has ventured beyond its core business of providing game-making tools for developers. In March, Unity bought Applifier, the Helsinki-based maker of the Everyplay platform for sharing videos of mobile gameplay.

At the time, Helgason said, “We have made awesome tools for developers so they can go multiplatform and build a big community. But we want to help those developers get discovered. Most people hear about games in mobile from their friends. What Everyplay has done is capture the best moments from your gameplay and put it online for others to see.”

And Playnomics is another piece of that strategy. Formerly Turiya, Playnomics was founded in 2009 by Chethan Ramachandran and John Cheng. The company was the winner of VentureBeat’s Who’s Got Game contest at GamesBeat 2010. Playnomics is used in lots of games with millions of monthly active players. Playnomics processes billions of in-game events a month.

Playnomics built an engine to predict how anonymized players will behave, who is likely to spend money, who should developers should target with promotions, and who the developer has to pay attention to in order to prevent the dreaded churn, or decision to stop playing a game. Playnomics also created the personalized marketing for mobile apps and games to turn the analytics into action.

Research note: VentureBeat has studied the most effective monetization strategies for game developers. The results may surprise you! Check out our exclusive 47-page report.

Unity is just one of the players buying companies that provide services for game companies. PlayHaven and Kontagent merged late last year to form Upsight, a provider of both mobile marketing and analytics services, while Tapjoy is also offering more services to help game companies monetize.

It can do this because it sifts through data from its customers across many games and game companies in both online and mobile games. Over the years, Playnomics has rolled out more services that take advantage of the analytics that it collects on games for a platform it calls PlayRM. The Churn Predictor helps predict the lifetime value of a player in various game segments. Lifetime value is an important metric for game developers to figure out. If they collect a certain amount of money from a player over that user’s lifetime, the company has a much better handle on how much it should spend on marketing and advertising to acquire that user.

Some big companies can come by this type of information more easily by sifting through millions of users. But Playnomics aimed for indie developers and mid-sized firms who can’t otherwise get access to huge amounts of user data. After studying its data, Playnomics figured out how long a person will play a certain game and what can be done to keep the user happy. Playnomics was also able to show the developer what kind of promotional campaign to create for that user. On the analytics dashboard, a Playnomics client can see how many days remain until a player will quit.

Unity, meanwhile, has become an essential platform for game makers, partly because it allows them to take a game across multiple platforms and embue it with high-quality 3D graphics. More than 600,000 developers are using Unity’s tools to build tens of thousands of games with the Unity 3D engine now.