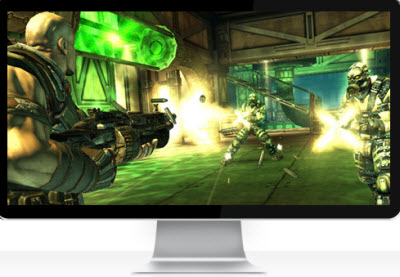 Unity Technologies announced today that its developers will be able to take the games they’ve created and publish them in the Flash 3D format, allowing them to reach much bigger audiences on the web than before.

Unity is beginning the open beta test for its Unity 3.5 game development engine. Since Adobe published its Flash Player 11 in October, Flash games are able to run 3D graphics and take advantage of 3D hardware in a user’s computer. That, in turn, makes it possible to run 3D games created with Unity’s 3D game engine tools and distribute them to the wider web via a Flash add-on.

For developers, this means that they will be able to get high-quality Unity-based 3D games out to a larger mass market, since Flash is present in more than 90 percent of user computers. For consumers, it could mean much better experience when it comes to playing 3D games on the web.

“We are finally delivering on 3D for everyone,” said David Helgason, chief executive of San Francisco-based Unity, in an interview. “Flash is the last major platform for us, and the biggest one of all. It’s amazing. We think 3D content will burst out on the internet.”

To encourage developers to port their Unity games to Flash, Unity Technologies is holding a contest with a $20,000 prize. Helgason said that it took months of engineering work to make Unity compatible with Adobe’s Stage3D web technology, which enables Flash to make use of 3D hardware in a user’s computer. In the past, Flash was based on exploiting only the central processing unit (CPU).

Helgason said that Unity games will now be almost universally available on the web via Flash, on the consoles, on iOS and Android, and a variety of other smaller platforms. The open beta is available for download at 8 am Pacific time on Thursday, Dec. 22. The new version of Flash is also supporting Google’s native client technology for the Chrome browser.

“We believe this will make Adobe flash into a AAA games platform,” Helgason said.