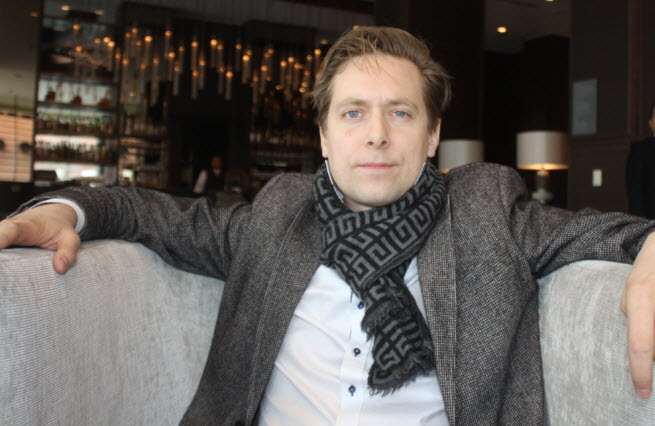 Unity Technologies is teaming up with everybody these days. Today, the San Francisco-based game development engine maker is partnering with Facebook to enable developers to create better games on the social network.

The deal will enable Facebook to hang on to its gamers by giving them a better overall visual experience with games based on Unity 3D, a cross-platform game engine. Facebook has historically been good for two-dimensional casual games, but it hasn’t been great at displaying 3D ones. Some specialty titles do work well on Facebook, but the goal with the Unity alliance is to make it much easier to create better hardcore games using the Unity Web Player.

David Helgason (pictured), the chief executive of Unity Technologies, told GamesBeat that both companies are working on features that allow players to engage in social functions such as sharing without popping out of the gaming experience in a Unity-based game. Normally, when that happens, the game issues a pop-up screen created by Facebook. On top of that, Unity-based titles will deliver a better installation process for players on Facebook.

It will be easier for developers to make cross-platform games that include Facebook. For instance, if a developer creates a Unity-based game, it will run easily on the web, Android, and iOS. Now it will also run easily on Facebook.

The alliance with Facebook is the third major deal in a week for Unity. The company has also announced partnerships with Sony for getting Unity games on the PlayStation 4 and a support partnership with Qualcomm for its Snapdragon processors.

“We are moving from strength to strength,” Helgason said. “Everybody wants to work with us.”

The reason this is happening is that every platform owner sees that the big hits are coming from developers on small teams, Helgason said. Hits like Supercell’s Clash of Clans (the top-grossing game on iOS) are paying off big, and platform owners want to be positioned to get those hits. Since Unity is used by so many small developers, the alliances make sense.

Unity has more than 200 million installations for its Unity Web Player, which can display games with cool 3D graphics. It is building a new social-network applications programming interface in the player to enable full-screen and full canvas experiences on Facebook. So far, 75 million active Facebook users have installed the Unity Web Player by playing games.

Some of the biggest Unity-based games on Facebook include Offensive Combat, Robot Rising, Wizard of Oz, Uberstrike, Kings Bounty, and I Am Playr. The new integrations will help make these existing titles better.

Helgason showed a demo for beautiful sci-fi racer The Chase that showed that Unity games are marching upward in quality. It has a large environment, atmospheric effects, and other cool 3D graphics features. A few years ago, Unity-based games on social and mobile platforms were unimpressive when it came to graphics. Now it is getting hard to tell them apart from triple-A console titles, Helgason said.

“Our customers are doing very impressive work,” Helgason said. “The mobile devices are becoming ridiculously powerful. I haven’t seen game that are more advanced than Unity on mobile. It has taken awhile as we have been doing this for 10 years.”

Unity has more than 250 employees, about half of them engineers.

“The Unity Web Player is an incredible browser-based platform for core games,” said Sean Ryan, the director of games partnerships at Facebook, in a statement. “People on Facebook are looking for the type of immersive games that have traditionally existed on consoles and desktop PCs. This collaboration will drive discovery of the Unity Web Player for Facebook users, make it easier for Unity games to integrate with Facebook, improve the full-screen experience on our games platform, and make it easier for these developers to build cross-platform games across desktop and mobile.”

At Facebook’s briefing at the GDC, Ryan said that core and mid-core games are priorities for Facebook, which believes in both the mobile and desktop markets for games as a service. He said Facebook’s share of the worldwide games-as-a-service market is $3 billion out of a total of $15 billion. Most of the rest of the market is hardcore and mid-core games, and Unity could help Facebook capture more of that share, Ryan said.

Unity has 1.5 million game developers using its tools. Rivals include Epic Games and Crytek on the high end and Game Salad, Corona, and others on the low end on mobile.