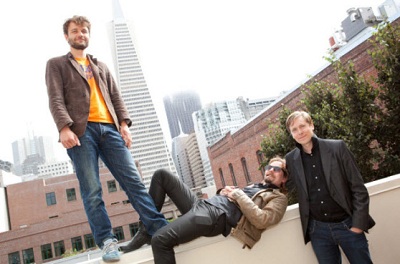 GamesBeat: Do you see yourself eating away at the high-end PC gaming and console markets? Do you think Unity has reached parity there?

Helgason: On mobile, absolutely. I haven’t seen any games that are more advanced than the stuff that’s built with Unity on mobile. It’s possible. People have been building engines for decades. But I don’t see anything on mobile where I’m like, “Oh, shit, I wish Unity could do that.” Our customers are getting super creative about using the tech. It’s a learning process. You bring up studios with your tech and they learn to use it with the grain. We’re coming to the point, like with Madfinger, where we have studios that are so good at using our tech that they’re going ahead of what anyone else can do with any platform. We knew we would get there.

I think it was a years ago now that we started talking about the triple-A initiative. Before that, we had it internally for half a year or so. We want to make sure that Unity is never going to hold you back. Anything you want to do — quality-wise, performance-wise, feature-wise — you can do. In a way, that’s not possible. There are always new techniques and strategies and so on, but we’re really pushing ahead. We’ve hired so many engineers now. We’re 250 in the company, of which a bit less than half are engineers. We’re still growing. The business is booming. Our customers love it.

We’ve got some crazy wins. Some of the biggest Kickstarters in games are Unity. I don’t know if you noticed that Richard Garriott, Lord British, is doing a Unity game with his Kickstarter. The inXile guys are using it for Wasteland and Torment. The Norwegian guys, Red Thread, with the new Dreamfall game. Project Eternity, from the Obsidian guys, is using Unity. These guys are veterans of the industry. They’ve built their own engines. They can buy anything they want. They choose Unity because they feel it’s most efficient and they can build the best games with it. It’s exactly what we wanted to happen. We’ve been creating this for 10 years, and now we’re there. We’re going to keep hammering at it. Partnering with Sony means that we’ll also have high-end games on those platforms, which is fantastic.

Helgason: Have you seen Offensive Combat yet, or Robot Rising from Tencent? It may not be console-quality yet, but it’s getting there. The games are much better. They’re core games.

The only reason these guys even hold back from cutting-edge graphics is because they want to work on a broad range of PCs. They don’t want 90 percent of the people who go to the game to be told, “Your PC isn’t up to spec.” The quality is rising very quickly, though. Correct me if I’m wrong — I should be careful not to put words in Facebook’s mouth — but they decided they want core games on Facebook. They’re investing in that. I think they looked around and Flash wasn’t doing it. Even Flash 3D is not there. The only real alternative was Unity. I think that’s why they partnered with us, and we’re happy to partner back.

We did some awesome engineering work with them to make it so, when you’re playing a Unity game, it goes either full canvas or even full screen. You can use the social mechanics, like share with friends, popping up inside of Unity without having to go out of full screen or put the web page in front of it. The gamer stays in the flow. It’s not rocket science, but it’s solid engineering work. Facebook put in their engineers, we put in our engineers, and they hacked away at it. Facebook is like that. They have this incredible hacker mentality. The business guys didn’t get together first. We just put the engineers in a room, and they came up with a solution. 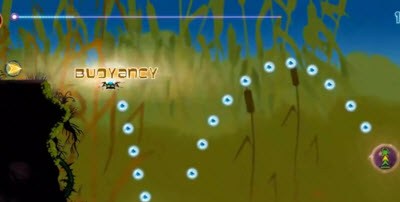 GamesBeat: Is there any kind of quality difference you would still see in Facebook games versus other kinds of Unity games?

Helgason: There’s no technical difference. It’s the same plug-in with the same capabilities. The reason you will see many of the games go with simpler graphics is just to make sure that everyone in the world can play. You’ll have a lot of people playing on laptops or integrated graphics chips. They’ll still have explosions and particles and stuff, but they won’t go to the very cutting edge. But there’s nothing in the technology holding them back.

EA built Tiger Woods Online with Unity a few years ago, and it looks a bit dated now, but even then, they made an effort to keep it looking advanced on new hardware. It’s a bit of extra effort, but Unity helps with some of it. You’ll see that as well.

The number that Facebook will announce tomorrow is that 70 million of the people on their platform have the plug-in already. I think they’ve also announced that they have 200 million gamers on Facebook, so a third of the gamers have the plug-in. This conversion problem that remains — some people don’t have the plug-in — is shrinking rapidly. The plan is that later this year, a year from now, everyone who needs the plug-in on Facebook will have it. That gives developers a frictionless publishing experience.