GamesBeat: The collaboration with Facebook, is it producing advantages that weren’t already there?

Helgason: Yeah. One thing is a better install experience. Facebook is wrapping the installer and telling you that this is condoned by Facebook. It shows you which friends have it. It’s similar to how they promote Spotify. When you install Spotify through Facebook, you’re told who on your friends list have it. It’s a social experience just to download Spotify, which is also a client. It’s still a work in progress, but Facebook rolls things out slowly and selectively. The second thing is the social integration, to make it easy for developers to keep their gamers inside the Unity canvas.

Facebook has already been promoting Unity to developers. They’ll definitely step up that message tomorrow. The good thing is, Facebook is focusing heavily on mobile. Not all, but many of these games will find it easy to go from the browser to mobile because it’s Unity. Again, putting words into Facebook’s mouth might not be appreciated there, but I’m pretty sure that’s part of the thinking. They want games to be on the web and on mobile. Facebook Connect works on both.

The third big partnership is Qualcomm, where the announcement is that we’ll be working with their engineers to optimize Unity for their chips. At least on Android, they’re completely dominant. We’re working with them to make sure that Unity is much better for Android. We’re adding features to make it easier for developers to use their chips. Also, we’re helping produce games with Qualcomm’s partners. There will be Snapdragon-branded Unity games coming out in collaboration with them.

Those chips are also in Blackberries. They’re all over the place. We partnered with Blackberry this spring, so Unity games are coming out there at scale. Last year, we partnered with Microsoft on Windows Phone, so that’s another thing coming up.

GamesBeat: So your competition is mainly on the high end, like Crytek and Epic.

Helgason: Honestly, I don’t see Crytek anywhere. I’m not sure what they’re doing, but they’re definitely not selling engines these days. Epic is there even after selling half the company to Tencent. They’re still doing games and engine. Their engine is very nice, but it has no edge on mobile.

Helgason: No. They have fantastic games, but they have to build them themselves. I haven’t been able to count more than a couple of dozen games using their tech. We stopped counting at 700. We know it’s in the thousands now. It’s a different scale. 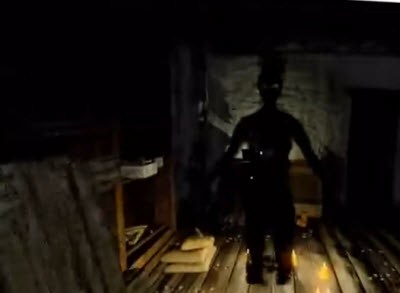 GamesBeat: Is there any other competition?

Helgason: The real competition is not any particular company or tool. It’s the fact that a lot of people still build their own tools. There used to be good reasons for that, but there are fewer and fewer now. We intend to displace that. There was a survey in Game Developer magazine last May where they asked mobile game developers what they were using. Unity came up way in front with 53 percent. The number two category was actually not using any engine. That was 38 percent. Then there was some open-source stuff and some 2D tools, but they were in the single digits. Epic wasn’t even there. So the only sort of formidable competition, you might say, is people’s in-house tools.

GamesBeat: What about these things like Ludei or Corona or Gamesalad?

Helgason: They have their uses. That’s fine. But it’s not at any scale that seems to matter. They haven’t been pushing the technology forward very much. They seem happy with a simple tool that remains simple. We have a tool that’s quite simple, that gets more advanced without getting more complex. We have a very ambitious mindset. We want to be the tool for everyone — for Electronic Arts, for Disney, for Richard Garriott, for Obsidian, for 10-year-olds, for creative indie teams, for artists, for people who are just experimenting.

GamesBeat: Everyone refers to HTML5 as the lingua franca of the web, but is it really working for games?

Helgason: It’s close. HTML5 has two really strong uses. One is for web apps that are data-driven and not using graphics. It’s relevant there. Most web apps are built like that now. Another is for video. When it comes to games, it has one particular relevant use: if for whatever reason you are absolutely constrained to a browser on a device where you cannot install something like Unity. That could be, say, if you’re making gambling apps for the iPhone. Apple doesn’t allow that, so you have to use the browser.

This idea that you have to be in the browser to survive was very dominant around five years ago. We were told that we were idiots to have a plug-in. “Why not just make it in HTML5?” But people have clearly woken up. That’s not enough. HTML5 is great for many things, but it’s not great for making complex, rich games. It’s made a lot of headway, but it’s still too far behind the cutting edge in games. 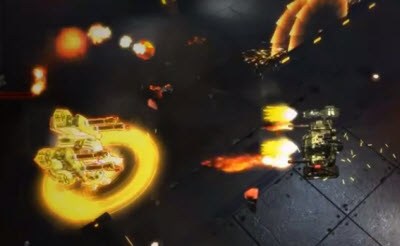 GamesBeat: Where are you guys as far as getting the plug-in embedded in browsers?

Helgason: In China, we have it in 360, the big Chinese browser. Everyone who has the 360 browser, which I think is around 250 million people, automatically gets Unity when they need to. Instead of having to install something, it’s just there. In the West, I believe we’ve installed 200 million plug-ins ourselves. We have nothing to announce right now on any other things, but the Facebook announcement, even though it doesn’t automatically get installed, should help drive that very hard for the Facebook world.

We’re pushing hard. Our Asian business is formidable. We’re growing fast in China, Korea, and Japan. Even our Europe business is doing pretty well. The Asset Store has become this incredible platform. Something like 100 people now have meaningful income for themselves from there. Even big companies like inXile use it a lot. We’re helping them crowdsource stuff. They’ll post concept art and then people submit 3D models into the asset store. The developer can buy that from the Asset Store, and it’ll get featured in Wasteland. Whether it’s small companies or big ones, everyone is using the Asset Store. It’s a multimillion-dollar business at this point. It’s incredible how much creativity that unleashes in our community.

Helgason: Here’s the most amazing thing. There’s art in there. There’s animation. There are sounds and all these things. But there’s also a lot of code and script and plug-ins for Unity. We saw the other day that one of the plug-ins that’s really popular in the Asset Store now has a plug-in for itself. Somebody extended one of the extensions. [Laughs] That’s also selling well. That’s a truly rich ecosystem, where people are building on top of each other in a big pile.

We just want to be the best company for game developers to work with — for tools, for assets, for support, for platform compatibility. We help them publish their games to new platforms. We try to be more and more creative about how we support them. We’ve established ourselves as the most important technology company in mobile games. The category is growing in the high double digits every year. There’s so much opportunity for us and for our customers. We’re only 250 people now, but we think we’ll be one of the important companies for the long term.