If the game industry has a thought leader, John Riccitiello is a contender. The chief executive of Unity Technologies has spent a lot of his time in the industry figuring out how to outmaneuver his rivals and predict where the industry is going next.

So he was an ideal speaker at our inaugural GamesBeat Summit, our executive event at the Cavallo Point resort in Sausalito, Calif., last week. I interviewed him onstage and quizzed him about Unity’s mission to “democratize” game development by providing tools such as the Unity 5 game engine that make it simpler to design and publish titles across a series of platforms.

But our conversation went a lot further than that. Riccitiello doesn’t hold back. He drops F-bombs and tells his opinions about who is winning the console wars — a holdover from his tenure as CEO of Electronic Arts.

He was full of thoughtful insights, as you can see in this edited transcript of our talk. He’s always one of the sharpest people in the room. 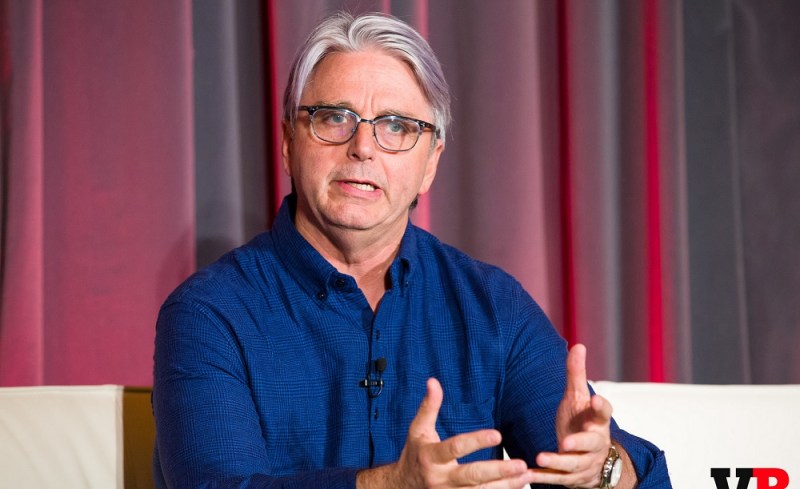 GamesBeat: You recently shipped Unity 5. How did that help in the quest to democratize game development?

John Riccitiello: It did a couple of things. First, we increased the power behind the graphics we can give. Unity 5 was a big step up in terms of shading, lighting systems, and graphical capability over all. With the personal edition of Unity 5 we have a program where developers that are just getting started, with less than $100,000 in revenue, it’s completely free.

In years gone by, we had a much-de-featured version of Unity 5 available for developers getting started, but they really couldn’t make a game for Unity 4, the free version, that was up to professional standards. With Unity 5 they can. It follows through to this point of democratization – putting the most powerful tools in the hands of developers. We have a huge love for new game developers. We want to see them get ahead.

GamesBeat: Democratizing game development was a bold idea. What are your other bold ideas as CEO of Unity?

Riccitiello: I was lucky enough to inherit an amazing company in Unity. People were doing great things long before I got there. We thought about what we bring to the table first — what makes Unity different, our inherent strengths and weaknesses – in terms of setting our agenda.

With Unity, it does start with this idea of principles. The first principle the company was founded upon was solving hard problems so developers don’t have to. The combination of an engine and pushing content on multiple platforms, that’s a hard thing to do. Unity solves that problem. We solve a lot of other problems, but that’s the core problem we solve. Then there’s democratization. From the very beginning, Unity was about putting powerful tools in the hands of developers.

Now, we have more than that in the company. My predecessors did an amazing job. When it came to developing plans going forward, we had to think about what those aspects were. To give you some perspective, in the first quarter of this year, 45,000 different titles were built and launched on Unity. That’s a large number of different kinds of content. That’s an amazing impact on the market. But there’s another impact on the market. In a given month, 1.1 or 1.2 million different developers are creating content on Unity.

You could add up just about every technology company in San Francisco and San Jose and not come up with a million developers. This is a stunning number. But perhaps even more stunning than that, in a given month, just what we see is 700 million or 800 million game downloads every month built on Unity. That’s like a tidal wave. Big companies like Supercell or EA have probably achieved around two billion games downloaded since they got started in mobile several years ago. We do that every quarter. This is a very big impact in the marketplace.

I could give you a lot of other numbers about how important Unity is in the ecosystem. So as far as developing a plan going forward that’s bold—We looked at our culture, what it means to do our job well, and we looked at our ecosystem to figure out how to serve them. I could summarize the bold plan in a couple of ideas. The first is a little discontinuous from Unity’s history. We are investing very heavily to build into Unity the best performance you could possibly have. We’re investing and hiring scores of engineers, the world’s best, to ensure that Unity is a good choice for anybody, whether they’re trying to build a high-end PC game or a 2D game for mobile. We’re pushing that very hard.

The second thing that we’re trying to do–This will take a bit of a sideways discussion. I truly believe that yes, it’s awesome to be able to build games on multiple platforms cheaper based on Unity. But one of the problems developers have today is monetizing their games. Finding an audience and getting paid for it, whether it’s through advertising or microtransactions. We have a huge team of people working on the simple thesis that game developers are probably collecting 30 cents on the dollar of what the potential is for their games. We want to get them 100 cents on the dollar. 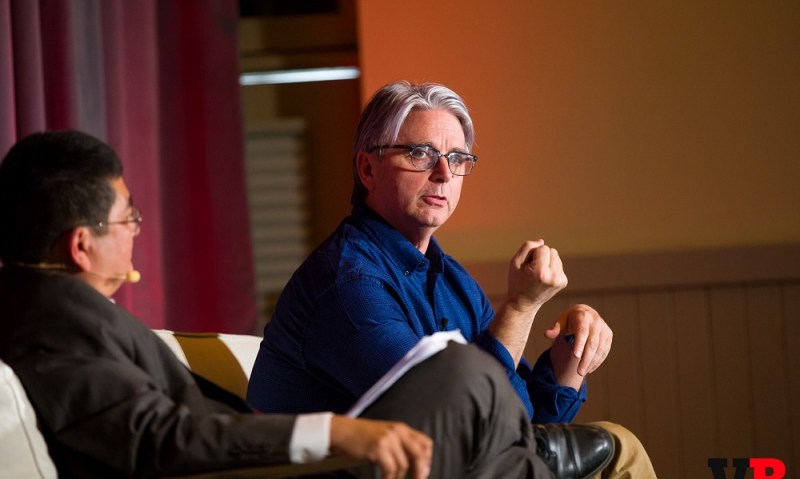 GamesBeat: Apple and Google are going to take their 30 cents of that, though.

Riccitiello: I actually think it’s still a cheaper system than we had before with retail. It’s a much better system than it was as far as the cost structure. But it’s not a system that allows developers to get what they need to float their own ecosystem. The vast majority of independent developers today lose money. Many major publishers, too many of their titles lose money because they’re not able to get the monetization right. If someone doesn’t solve that problem, our ecosystem isn’t going to fill rooms like this someday. We need to solve monetization.

The third thing we’re doing, something that’s near and dear to my heart, it’s more platforms. When we launched Unity 5, we talked about 21 separate platforms. We’re doing pioneering research around AR, VR, some new ideas around console, WebGL, some things we think are going to define the future of gaming and the future of entertainment. These days, with AR and VR—Certainly the lion’s share of revenue built from those platforms is built on Unity. We want to build better tools for content authoring and content deployment on platforms like that.

It’s going to be different from creating a traditional 3D game. We want to push the envelope, so that the tools we create enable developers to create experiences we haven’t imagined yet.

GamesBeat: You guys are a kind of meta-platform. Platform wars are always happening. What’s your view of how you make sure that you’re not on the losing end of those?

Riccitiello: Look at this from a developer’s perspective. They say consoles are going away. Then they say, just imagine, we’re going to have a CPU and GPU in a tablet that’s every bit as powerful as an Xbox One, and it’ll have a controller and you’ll look at it on your TV. From a developer’s perspective that’s a console. What’s happening going forward, you have AR and VR content. You have big experiences you put on your television. There’s going to be all of these things.

One of the challenges is, from a technology perspective, we intellectually want to believe that we’re all pitching to one platform. It’s all a CPU and a GPU and a touch interface or a console. The reality is, the tools that underlie technology, what we use for iOS and Android, you’re going to use for a Samsung smart TV, for HoloLens, for whatever it is. These are often very vertical, closed systems. Each has its own set of tools, its own business systems and so on. What Unity does is we cut across that. Build once, deploy multiple times. If you want to tune for mobile or tune for high-end PC, you’re going to have to mess around with things like how lighting works, unless you want your mobile game to run at three frames per second. But essentially we’re trying to create the tools to build once and deploy everywhere. Simplifying that platform complexity dramatically and increasing the monetization opportunity dramatically.