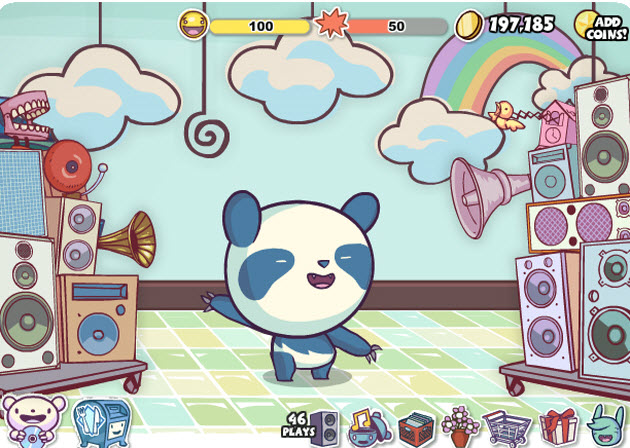 The music industry is full of people who consider themselves players. But a deal between social-gaming startup Conduit Labs and Universal Music Group, one of the world’s largest labels, could redefine the term. 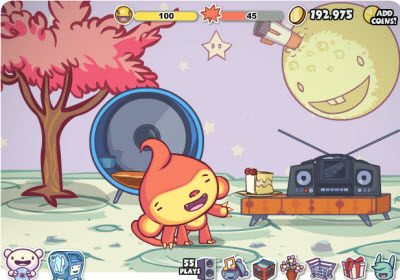 Universal will provide music and artists for a line of social games designed by Cambridge, Mass.-based Conduit that focus on music discovery. The deal is timely for the startup, which has a hit on its hands with the launch last month of Music Pets, which has more than 1.2 million users. The game is Tamagotchi meets iTunes: You feed songs to your little virtual pets, who in turn introduce you to similar songs.

Now the users of that game as well as Conduit’s other games, Super Dance and Loudcrowd, can get access to Universal Music Group’s library of hundreds of thousands of songs from popular artists such as Rihanna, Beck and U2. That’s just the sort of boost that Conduit needs to get more attention from users.

Conduit’s Music Pets game is free to play on Facebook. It makes money when users pay real money to buy virtual goods in the game, such as accessories for pets or songs. And though it’s a game, its primary purpose is to help monetize music, which isn’t an easy thing to do these days unless you’re Apple. The Music Pets game has 150,000 songs now and will have 250,000 by the end of the month. 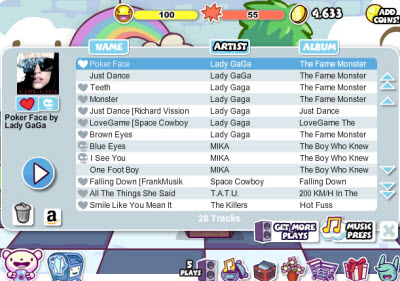 David Ring, executive vice president at UMG’s eLabs division, said Conduit has a dynamic platform for the discovery of music and UMG wants to take advantage of it. Conduit Labs’ previous title, Loudcrowd, launched last year. That title focused on indie music and wasn’t as big a hit as Music Pets, but it did prove that Conduit Labs could generate revenues from a music game and thus was an important proof point in sealing the deal with Universal, said Nabeel Hyatt, chief executive officer of Conduit Labs, in an interview.

It will be interesting to see how far Conduit Labs can go with music games. To date, there haven’t been any breakaway hits among music games on Facebook. And while music games burst on the scene in 2005 with the launch of Guitar Hero on the PlayStation 2, they hit a big pothole in the last holiday season when games such as The Beatles: Rock Band and Guitar Hero V proved disappointing.

Hyatt said the music game genre got over-saturated and suffered from a lack of innovation. He said Conduit might look to expand on the iPhone, where music games such as Tapulous’ Tap Tap Revenge have seen great success.

“We want to show that gaming is the future of media,” Hyatt said.

Hyatt, a serial entrepreneur on his fifth company, cofounded Conduit Labs in July 2007 with Dan Ogles. The company has raised $8.5 million in two rounds from Charles River Ventures and Prism VentureWorks. Hyatt was an entrepreneur in residence at Prism, which helped him recruit his management team. The company has 20 employees.