The act of tidying up has spawned an entire genre of reality-based micro-entertainment. Whether it’s power washing sidewalks on Reddit, restocking pantries on TikTok, or Konmari-ing closets on YouTube, social media has given a huge audience a fundamental sense of comfort and rightness from things being clean and neat.

Whatever this arcane energy is, Witch Beam, the developers of Unpacking have tapped into it. This game, which is ostensibly only about removing a person’s possessions from boxes and putting them on shelves, is one of the most relaxing and blissful experiences I’ve played all year.

The premise of the game is simple: You’re unpacking boxes in a top-down, isometric environment. You empty the boxes in a variety of rooms and place the items into the environment in such a way that they not only fit but make sense. The environments range from a childhood bedroom to a college dorm, with almost every room in a typical house or apartment accounted for. 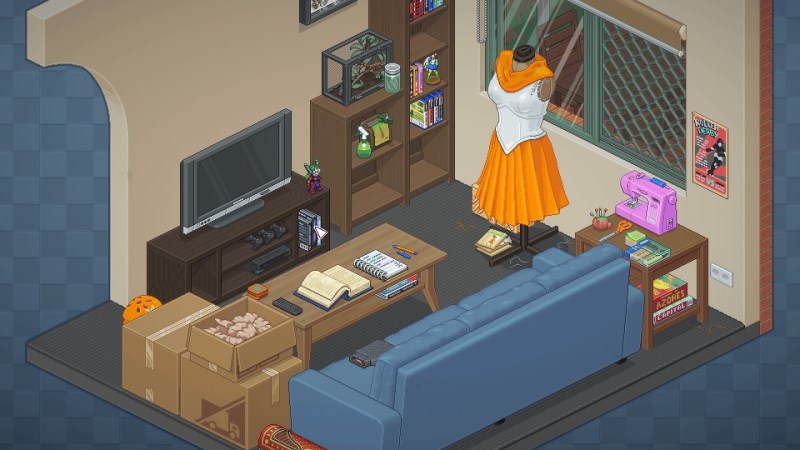 From a technical standpoint, Unpacking is well-made. The sound design in particular is amazing, with each item having a different sound for each surface you can place it on. Putting a can down on the top of a refrigerator will sound different than dropping it atop a made bed, for example. Given the number of objects you can unpack, it’s an impressive achievement.

The developers convey the story about what’s going on in the unpacking scenarios through context clues. Some of it is simple stuff — for example, not every box in a room contains items that belong there, and that chaotic element of moving will undoubtedly be familiar to a lot of players.

But the longer you play the game and the more you move familiar items into new spaces, you notice that you’re basically following the life of this protagonist. Several items follow her (I use the female pronoun because, to my amusement, one of the items you’re constantly having to make space for is a box of feminine hygiene products) through her different living spaces, including knickknacks, cooking utensils, and art supplies. Without anyone ever speaking, you can understand certain things about her life. 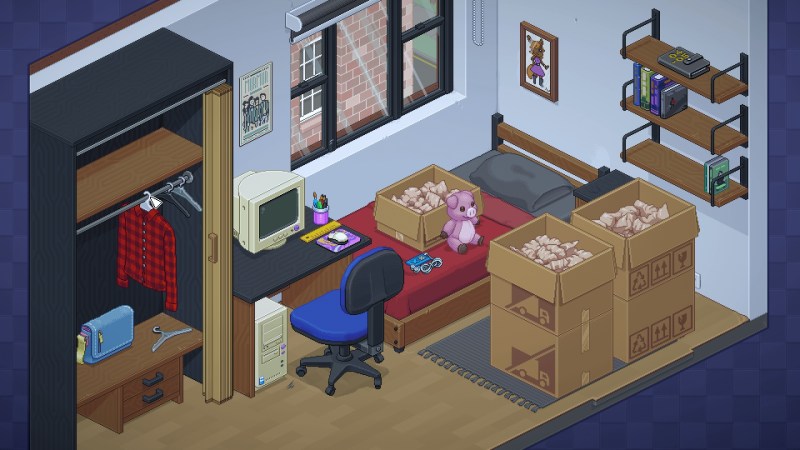 The first time I realized this was during the 2010 level, when the main character is moving into her male partner’s apartment, and everything is sterile, precise, and cool-toned — very at odds with her brightly-colored decorations and excess of books. I already knew I “hated” this partner character, not from having interacted with him, but from how subtly hostile his environment was to the items I was unpacking.

I admire games that can tell stories with minimal text, no dialogue, and no defined characters, and Unpacking does that masterfully. The moment when I realized I had no wall space for my character’s diploma in her boyfriend’s apartment and I would have to put it under the bed was a bigger blow to my heart than anything else I’ve played this year.

Unpacking may not be the biggest or best game to come out this year, but it’s by far the most chill. I recommend everyone give it a try if they have the opportunity. The game is currently available on PC, Nintendo Switch and is free on Xbox Game Pass.