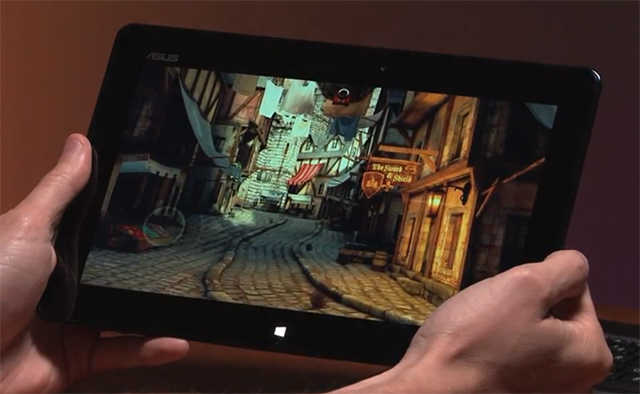 Gamers like graphics. It’s one of the constants in our weird little universe. Just like monkeys always enjoy bananas or that rabbits always want a bowl of colorful Trix (which I heard may only be for kids), you can always count on fans of interactive entertainment to “ooo” and “ahh” at crisp, shiny polygons.

So it is with joy that we learn that developer Epic Game’s powerful Unreal Engine 3 will be compatible with Windows RT tablets, according to Neowin. Windows RT is a new operating system for Microsoft’s tablets launching October 26.

“By porting the full engine as opposed to a modified mobile version, Nvidia and Epic have made it easy for UE3 developers around the world to bring their best content to Windows RT, Windows 8 and Nvidia’s Tegra 3 processor,” said Epic Games vice president Mark Rein on Nvidia’s blog. “Windows RT code is available to licensees from Epic now and we’re excited to see the great games they develop with it.”

Unreal Engine 3 has powered some of the most popular games in recent history, notably the Infinity Blade series, which has run on iOS devices since December 2010.

You can see a demonstration of Unreal Engine 3 running on a ASUS Vivo Tab RT tablet in the video below.