For most college students, the summer months offer a brief escape from endless lectures and exams. But for a small group of young game developers at the University of Southern California, the summer of 2015 was anything but a vacation.

The Princeton Review consistently ranks USC Games as one of the top graduate and undergraduate game design programs in the U.S. Students often get jobs at big studios like Blizzard Entertainment, Activision, and Electronic Arts — over 300 USC alumni currently work in the industry. Some of them even become successful indie developers, a growing list that includes members of companies like Thatgamecompany (known best for its 2012 breakout hit Journey), The Unfinished Swan creator Giant Sparrow, and the inheritor of the storied King’s Quest franchise, The Odd Gentlemen.

Most of that success has to do with a rigorous series of classes that teach students what it’s like to assemble a team and make a game. It all leads up to the Advanced Games course, where a handful of teams have one year to create a polished, playable game from scratch. After the class is over, the students usually go their separate ways. But for those who want to explore what it’s like to run a self-sustaining studio, USC has the Bridge program, which it kicked off last summer.

I had a chance to hear the results of that program back in December, when USC Games hosted a Bridge panel at its biannual Demo Day showcase (the halfway point for teams in Advanced Games). To my surprise, the participants on stage were a mix of familiar names and faces. 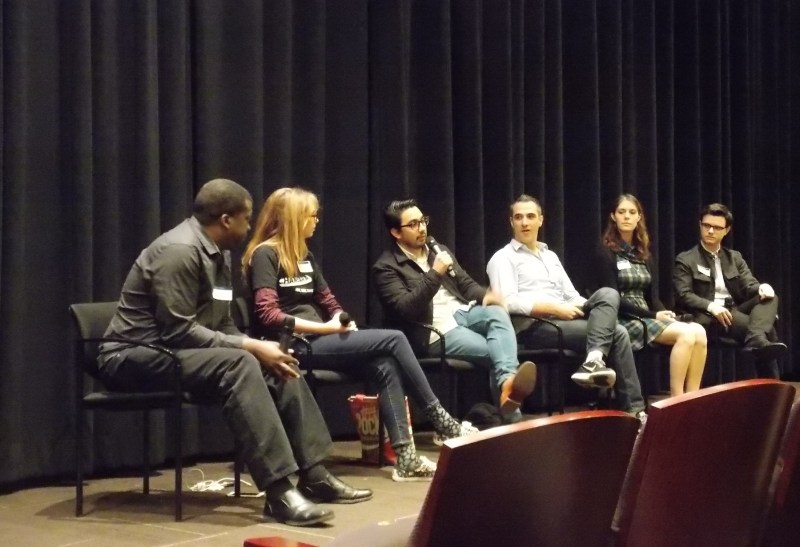 Above: The Bridge panel at the 2015 Fall Demo Day.

No rest for the weary

Two of the teams, Freeform Labs and Syndicate Atomic, consist of USC alumni who graduated just last year. They were both part of the 2014-2015 class I covered closely during that time (see sidebar). Freeform Labs is working on ElemenTerra, an impressive, Bob-Ross-like virtual reality experience where you can create your own living world. When I spoke to Freeform’s Max Pittsley in May 2015, he told me that he and his team wanted to turn ElemenTerra into a commercial product that everyone can enjoy. They seemed like a natural fit for Bridge.

Syndicate Atomic is the team behind Howie and Yarla, a charming 2D action game about a teenager who goes through a demonic form of puberty. Last year, game director Colin Horgan said he wasn’t sure if the team members could continue working on their project after graduation, so it was great to see that they managed to stick together. They’re still making Howie and Yarla, but they’ve also made smaller games since then, like the four-player chaos of EctoPlaza.

The third and final Bridge participant was Team Ok (the founders are undergraduates from this year’s Advanced Games class). They’re making Chambara, a clever 1-on-1 fighting game where you use colors in the environment to hide from your opponent. The U.S. students in Team Ok actually made Chambara in Scotland as part of Abertay University’s Dare to be Digital competition. This led them to win a coveted BAFTA statue at the 2015 British Academy game awards.

The Bridge program paired each team with mentors. Among them was Riot Games product manager Paul Bellezza (a graduate from USC and one of the cofounders of The Odd Gentlemen), and Laird Malamed, a part-time USC professor and the chief operating officer of the Facebook-owned Oculus VR.

For the next couple of months, the Bridge developers had a busy schedule split between working on their games, learning how to run a business, and getting exposed to the people and events that shape the industry. 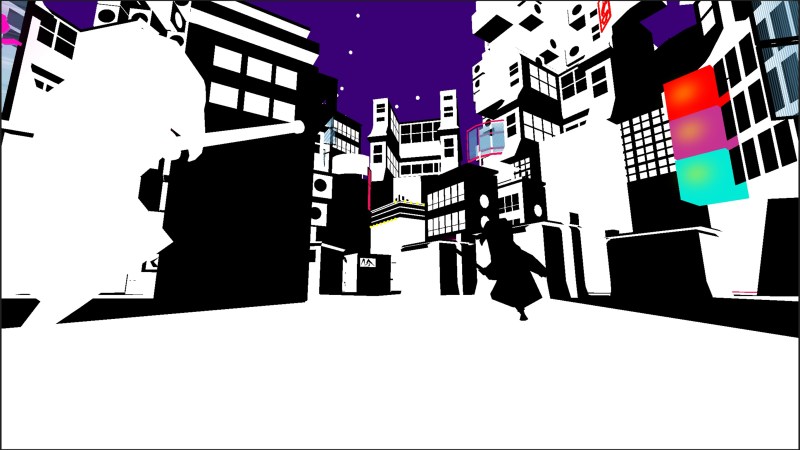 Above: The main inspiration for Chambara’s art style came from an episode of Samurai Jack.

Meeting heroes and taking cues from The Karate Kid

A big part of the program was going on field trips. Panel moderator Gordon Bellamy, an adjunct faculty member who helps run Bridge’s day-to-day operations, had the most fun bringing the kids to the Electronic Entertainment Expo (E3). Many of them had never been to the annual tradeshow before. On the first day of the convention, they all met with veteran game designer Warren Spector. According to Syndicate Atomic cofounder Michael Effenberger, Spector imparted words of wisdom about “game development, business, writing, and comics.”

“[We went on those trips] to ultimately cultivate respect for our craft,” said Bellamy in an interview with GamesBeat. “And part of that is having real-world experiences with professionals in professional settings. That’s important in any craft. Part of them visualizing their own success is seeing hardworking people working hard.”

Another important figure they met with was Mega Man creator Keiji Inafune. The celebrated Japanese developer left Capcom in 2010 after working there for over 20 years. He returned to the spotlight a short time later with a new company and a new game, the Mega Man-esque Mighty No. 9. During their 40-minute meeting, Inafune talked about how scary it was for him to leave his old job and told them to never take the easy path.

The teams also spoke with prolific indie game designers Rami Ismail and Adriel Wallick about their experiences. And Team Ok was able to show Chambara at the Indiecade booth, a corner at E3 filled with a wide array of indie games and developers. 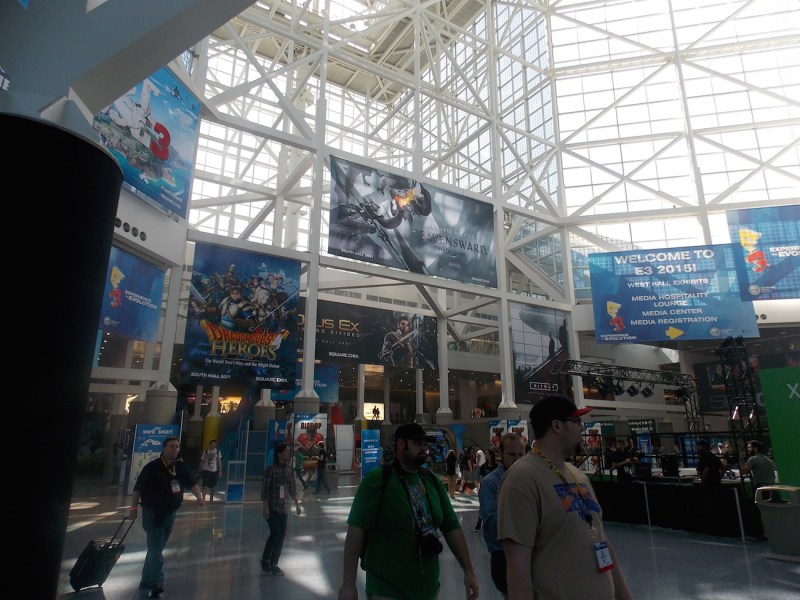 “The way [E3] came about — we asked [the Bridge teams], ‘Who do you care about? Who matters to you?’” said Bellamy. “One of the things that’s very important about this program is that it’s a service; it’s not authored. It’s not my vision of what it should be. It’s a service to them to [help them] be what they’re gonna be. And it’s so critical that you ask them. [If] they want to meet Inafune, they want to meet Rami Ismail, then that’s what we’re doing because that’s who inspires them.”

In what Bellamy described as his “Mr. Miyagi moment,” all of the Bridge participants had a unique opportunity to … fill gift bags at financial analyst Michael Pachter’s E3 party. Freeform Labs CCO Camille Kanengiser said they actually had a lot of fun doing that because it was a rare chance for them to all hang out together. For their troubles, each of them received a Disney Infinity 3.0 Yoda figurine.

“It was a really cool networking opportunity,” said Effenberger. “I got to meet a few heroes of mine. … It was fun. Wax on, wax off.”

Other trips in the southern California area included visits to Riot Games and 20th Century Fox’s Innovation Lab. For Bridge’s “grand finale,” the developers went to Sony Santa Monica to show off their games. The God of War studio has a history of incubating startups (Thatgamecompany and Giant Sparrow both started out this way). While there, the Syndicate Atomic team learned a lot about how to pitch its games. Though its projects didn’t fit with what Sony Santa Monica was looking for, the team received a lot of constructive feedback.

At the time, Freeform Labs was preparing to raise funds for the company, so it asked the PlayStation developers for advice on its pitch deck. Kanengiser said the trip also provided another crucial “round of playtesting” for ElemenTerra. 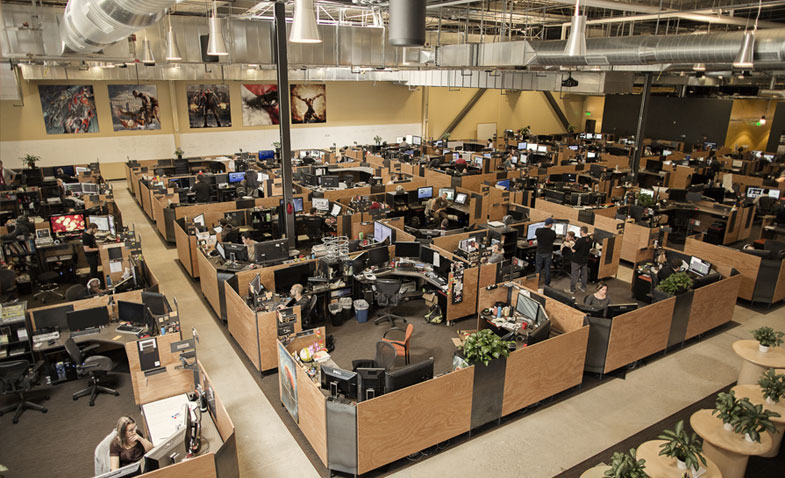 Above: A look inside Sony Santa Monica.

After the summer was over, the faculty wanted to make sure that the developers had realistic options for their companies’ futures. So they reached out to the school’s extensive alumni network, who came through to offer free office space and investment opportunities. They went in different directions, with all but Team Ok leaving the work space they shared on campus. Chambara art lead Catherine Fox said the staff jumped from just five people to over 20 as they added more content to the game. Chambara will be the first title to be distributed under USC Games’s recently revealed publishing label.

Syndicate Atomic has a space in Park La Brea, near the Los Angeles County Museum of Art. Effenberger said the team is “bootstrapping” and learning “a lot about game development” and how to run its business.

“The worst thing that happens if you take part [in Bridge] is you don’t form [a business],” said Effenberger when asked to give advice to the USC students in the panel audience. “But what you get out of it is a lot of connections, and you learn a lot about yourself and the people you work with. And you get to further understand the effort that goes into maintaining and running a studio behind closed doors.”

Not mentioned during the panel was that all three teams did the paperwork to incorporate their companies, so they’re ready to chart their own path in the industry. But that doesn’t mean they’re no longer a part of Bridge. Bellamy said the program will always be there for them should they need assistance. And now that they’ve been through that process, they can also help the next wave of teams entering Bridge later this year. 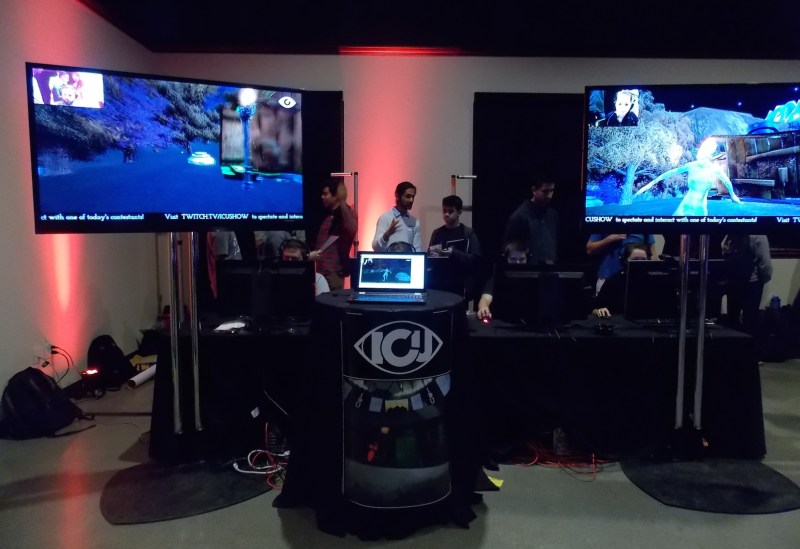 Above: Horror game I.C.U. was one of the standout titles from Demo Day.

The idea for Bridge — at one point, it was almost named “Gauntlet” or “Kumite” to sound more competitive — came from a lunchtime conversation between Bellamy, USC Games director Tracy Fullerton, and other faculty members around spring break last year. Despite not having much time to prepare, USC Games still managed to plan a comprehensive schedule of events for the participants.

In December, the staff was already thinking about the next iteration of the program. Demo Day gave them a chance to see potential Bridge candidates and their games. Bellamy told me that they want a combination of “talent and temperament” and people who “want to treat their team well, who want to elevate our craft, and who [have] the humility to iterate.”

Bellamy said, “As we go into Bridge 2.0, we’re able to begin the dialogue [earlier]. On Bridge 1.0, we called on a lot of people, and fortunately, a lot of great people answered. And so now [the question is] how do we build on that? That’s what is so exciting about year two. We know we have something. People want to cultivate the next generation of creators. And this is one of those opportunities.”

Updated at 12:48 p.m. Pacific on May 4:  GamesBeat incorrectly stated that Freeform Labs was incubated by the L.A.-based Grab Games. We apologize for the error.