Vainglory is launching its free update for five-versus-five multiplayer play in its multiplayer online battle arena game today. Before now, the mobile game could only handle three-versus-three multiplayer combat, but now developer and publisher Super Evil Megacorp is releasing a “no compromise” version of the MOBA that matches the 5v5 play of PC games for the first time.

Kristian Segerstrale, CEO of Super Evil Megacorp, hosted an event last Thursday in San Francisco where esports athletes gave the 5v5 play a dry run. He hopes the new mode will give Vainglory more legs as a true esport, and one of the few that is aimed at the billions of mobile game players. I interviewed Segerstrale, and he thinks the time has come for mobile esports, which will no longer be a stepchild to esports on the PC or consoles. 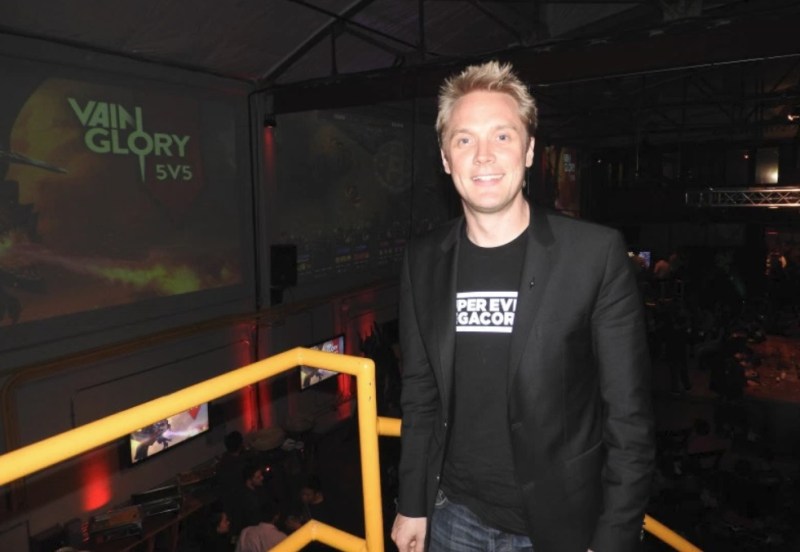 GamesBeat: It sounded like a lot of preparation went into getting to this point. Has it been years? Did you always feel like you needed to get to 5v5?

Kristian Segerstrale: It’s been a really long process. The company is founded on the core principle of bringing uncompromising multiplayer experiences to the touch screen generation. Right or wrong, the MOBA category and multiplayer in general, over years of evolution on other platforms, has gravitated toward a 5v5 format.

When we initially launched with 3v3, that was really about constraints, both from the devices that were available and what we could do with our own technology to bring it at the quality level we wanted. It also had to do with concern about gamer culture. Back when we started development of Vainglory in 2012, 2013, mobile was the land of Candy Crush. This was before Clash of Clans. You hardly even had mid-core. It felt important to us to create an experience that was a bit more approachable from the initial perspective.

If you’d never played a multiplayer game, learning in an environment where the map is roughly shaped like your phone, where you have only two teammates to worry about, where you have a smaller map, while still focusing on the tactical and strategic depth – creating something that was viable to play for thousands of hours – that was important. We’re really proud of where Vainglory 3v3 got to.

GamesBeat: But that was just the start.

Segerstrale: Since then, optimizing the tech, watching devices get more powerful, watching game culture move on—now you have games like Clash Royale. We’re even seeing the survivor genre come to mobile, and a lot of simplified 5v5 MOBAs. We feel like the culture and the hardware have moved on to a point where we can finally evolve this game to the way it needs to be, to the canon format. In soccer terms, it’s like we started with five on a side, and now we’re unveiling the official 11 on a side format that’s seen as the real thing. 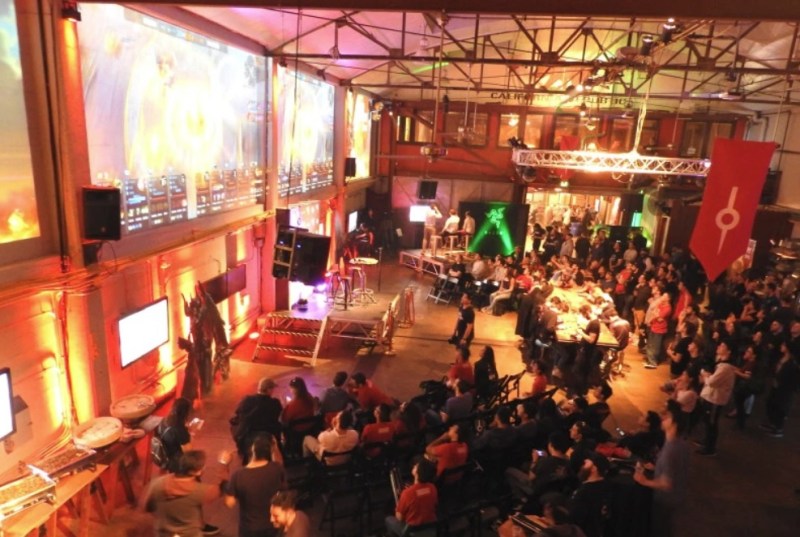 GamesBeat: Was it simply the maturity of the devices, the Razer phone and things like it that are more capable now? Or did you have to do a lot of software advancement to make this happen?

Segerstrale: It’s a mix of both. The lowest-end devices on the market now are a lot more advanced than the lowest-end devices from a few years ago. When we launched, it was important for us to support the iPhone 4S and that style of 3.5-inch screens. Those screens don’t exist much anymore. From a screen real estate perspective, the minimum spec has gotten a bit bigger.

But anything today that plays Vainglory 3v3 will play Vainglory 5v5. There’s a lot of tech trickery and optimization that’s gone into creating things like line-of-sight fog of war in the game, which creates a real sense of depth and dynamism to the graphics. The 3v3 map has about 1.3 million polygons, while the 5v5 map has about 3 million polygons. You go from 100 moving actors to 200 moving actors. If you look at the dragons, the big bosses, they have about 130 bones and they’re fully animated. All of those things still run on the same devices as with 3v3. A lot of is tech, evolving our engine tech.

Engines take a long time to write, though. Some of the engines you see right now — if you talk to our CTO, Tommy, he was one of the original architects on the Killzone 2 and Killzone 3 engine that ultimately forms the core of Horizon: Zero Dawn. These things take years to get where they need to be. We think that in the next five years it will be incredibly important to be able to deliver –expectations in mobile will only go up. We’ll have to be able to deliver incredible control fidelity, graphics, and networking. Those are all core components of what gamers will expect.

We’re excited that with 5v5, we’re not just able to bring a new game mode to life, but bring it to life at a level of polish and quality and framerate that we as gamers ourselves would expect on any platform. That’s important to us. Hopefully it’s a milestone for the industry as well. We feel like it sets a bar for other game-makers to be pushing toward. No single game can evolve gaming culture. Gaming culture evolves through many games. Mobile gamers deserve better than what they have today. The people who’ve grown up with mobile devices as their primary computing platforms, they’re just as core as those of us who grew up with PC and console. We want to build for that, build an experience that respects those gamers. 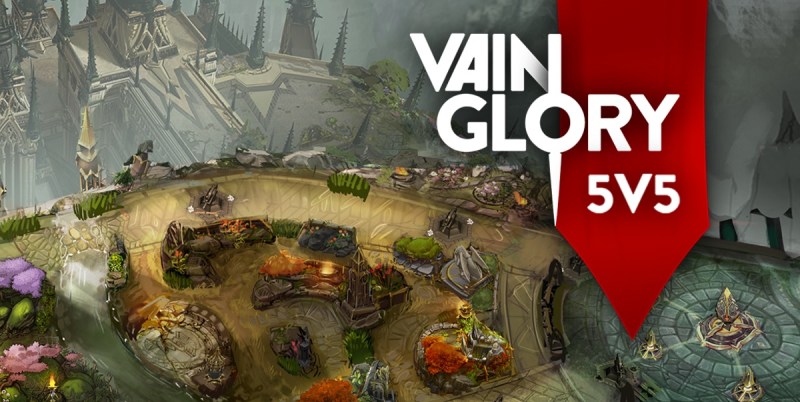 GamesBeat: How far has Vainglory progressed as an esport?

We’re proud of how far it’s come, but at the same time it’s still incredibly early. It’s still the early adopters of the mobile generation. We feel like there’s enormous potential as more games come in, as more mobile players get attuned to this culture around playing and watching the game being played, tuning in to content creators and following teams and all of that stuff. The sky’s the limit as to how far it might grow.

GamesBeat: Are the top players making a living yet?

Segerstrale: It’s actually scary how many people have, at least for some time, had Vainglory as their main job. You feel a certain level of responsibility there. Of course it’s important that the game does well so we can pay our own salaries, but the minute that you have to do well so the community can pay their own way, you feel a different level of responsibility. There are some dozens of people who make a living either creating content or playing professionally. That said, I think the esports market in general is very volatile. Any time a kid asks us, “Should I skip school for this?” You should absolutely not skip school. [laughs]

We love that everyone is playing. We love the people who are part of our competitive community. Esports teaches kids as much about teamwork as a traditional sport, and all of the personal growth that comes with it. We’re proud of how many professional organizations are part of the scene and how quickly the audiences are growing. At the same time, our real focus is to create a super fun game for everyone to play together. I think the world championships altogether had more than 15 million views globally. That’s an incredible vote of confidence. It says that a lot of people care about the game. That’s the most important part. 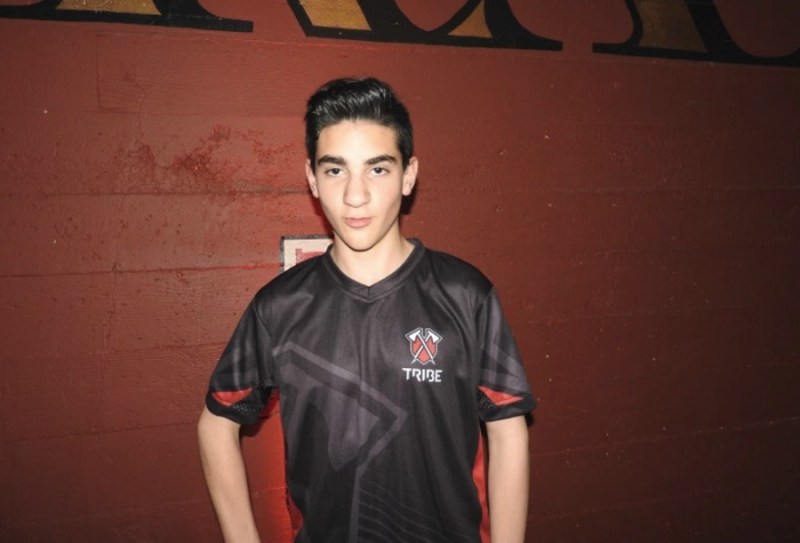 Above: Riley “DNZio” Haghian is a member of Tribe and the top-ranked Vainglory player in North America. He is 14.

GamesBeat: Do you have anything coming soon after this?

Segerstrale: We have our partnerships with Razer and ESP Gaming. Those are both big deals for us, because it shows that a respected gamer hardware company sees what we’re seeing: mobile gamer expectations are on their way up. Gamers care about this. With ESP, we have a company that’s cut its teeth on World Series of Poker and more traditional broadcasts going all in on esports. Both of those deals are good news for our player base globally.