Verizon is a $128 billion telecommunications company that probably doesn’t really have to worry about what gamers think. But as it considers the future of its 5G networks, it makes sense that Verizon is speaking at the Electronic Entertainment Expo (E3) online event today to pitch gamers on why they should care about 5G network technology and other gaming initiatives such as game publisher partnerships and inclusion programs.

If there’s anything that can push consumers to adopt 5G, which offers 10 times to 100 times faster networks than existing 4G networks, it’s probably gaming. Gaming demands the kind of high-end 3D graphics possible in the latest smartphones. But if those fancy phones aren’t connected to anything, they’re not very useful. And so Verizon argues that the speed of interaction in the networks matters a lot, since you can’t be slow in delivering packets for a fast-action multiplayer game.

During its talk at E3, Verizon argued that 5G Ultra Wideband and its Mobile Edge Compute (MEC) technologies can move the industry forward, and it also talked about its commitment to diversity, equity, and inclusion. Verizon has been working on the 5G tech for a very long time, said Christian Guirnalda, director of the 5G labs and innovation centers at Verizon, said in an interview with GamesBeat.

“With that hardware, you have the ability to stream from the cloud or from the edge and that is going to be pretty awesome,” he said. “We’re pushing out the next set of iOS and Android devices. We’re going into the future, with music experiences in the AR space. In gaming, our partnerships with folks like Niantic are reasons to start to believe that the AR world is going to be a reality.”

During the pandemic, Verizon and its competitors AT&T and T-Mobile have been building out their networks and touting 5G service. Now that they’ve built the networks, they need the consumers to come. And gamers are the most likely ones to jump at the pitch. So Verizon has added exclusive mobile gaming offers to its entertainment plan for new and existing customers with an option for six months of free Apple Arcade or Google Play Pass service ($5 per month value) if consumers sign up for any unlimited data plan, or 12 months free with “Play More” or “Get More” plans. 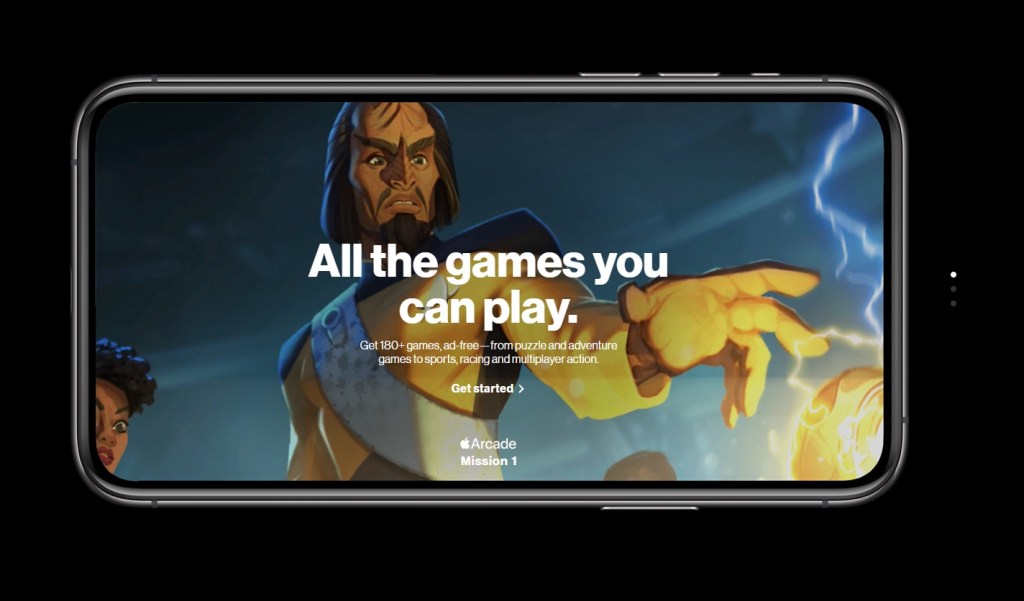 “I think the No. 1 differentiator on this network is latency. What we do in the labs started five years ago, before we had 5G [wireless networks] out there,” Guirnalda said. “And now that it’s out there, we’re working with partners at scale in verticals like gaming to start to co-develop and co-innovate the next wave of enablers, be it in publishing and development or in esports. or be it the communities that are surrounding the teams that we’re working with. That’s what our organization does.”

Guirnalda believes that the high speed, low latency, massive capacity, and other distinctive features that 5G can provide will power a gaming revolution. 5G can enable users to download games in seconds and give them the ability to stream games on the go without the need for additional downloads or consoles.

“Our Ultra Wideband network gives you the throughput that you would want to expect from 5G,” he said. “In the New York City lab and in the streets, I’m still sort of blown away about the gigabits that I can get. And what does that mean for what I should expect things to work today? Streaming video content is sort of mind-blowing, when you think about what you used to have, even in 4G.”

With 5G, the data-intensive, multiplayer games typically reserved for consoles can now be played on mobile and developers can make the most graphic-rich, multiplayer games ever created, he said. Verizon 5G is also making permanent transformations within gaming with public MEC. Rather than having all the processing happen in the phone, thus driving up the cost of the phone, now the processing can be put in the cloud and then be dispatched to the edge where and when it’s needed most, allowing gamers to play untethered from the clunky hardware of the past and unlock more gaming potential from platforms such as virtual reality and augmented reality, Guirnalda said.

“Fans have a supercomputer in their pocket to engage with a venue” for sports or entertainment, he said. 5G lets them take advantage of it, Guirnalda said. 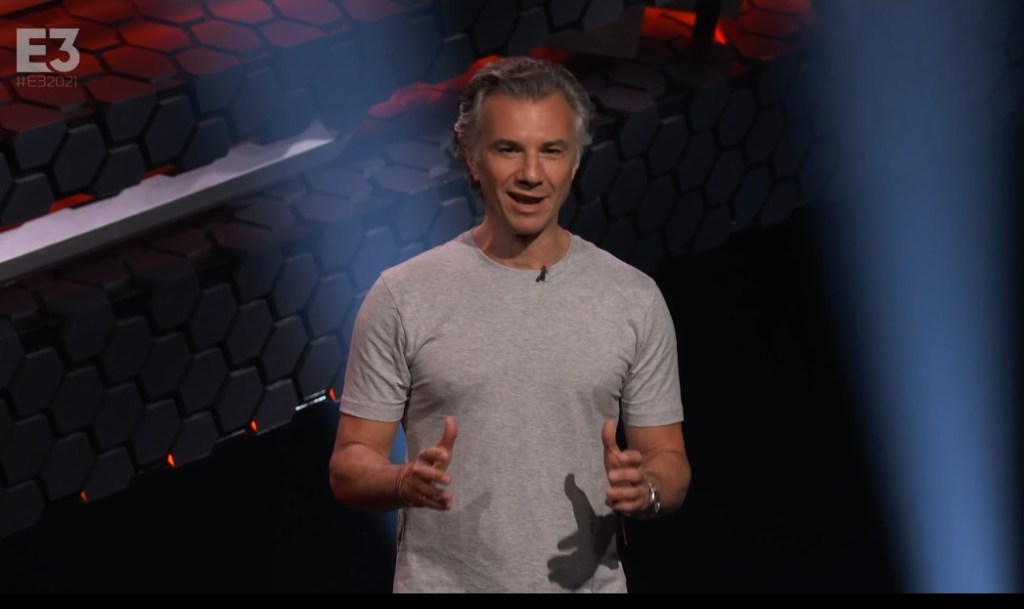 Above: Diego Scotti is chief marketing officer of Verizon.

Verizon also said today it is committing $1 million to increase female representation in gaming and high-tech education through the creation of the Verizon Game Forward Scholarship for female students at historically Black colleges and universities (HBCUs). It is also creating tech centers on the campuses to benefit students. Verizon is also launching a training and career coaching program for women in esports as part of the Verizon VCT Game Changers initiative with Riot Games.

Verizon wants to see more women and underrepresented minorities in science, technology, engineering, and math (STEM) careers. A recent AP study found that 90% of esports scholarships go to men, despite the fact that 41%
of U.S. gamers are female. To address this disparity, and build on Verizon’s long-standing commitment to DEI and increased female representation in STEM, Verizon is launching a scholarship program.

“This is a way for us to start to shape what we hope the ecosystem will look like as a more diverse and inclusive one,” Guirnalda said. “These are the things we can help with publishers, the platform creators, the esports teams that are our partners, ultimately, work together as a team to shape what the future of our communities and tribes look like. And hopefully, these ones that don’t look like the tribes of the past, but include everybody.”

Support for the program is being provided by Cxmmunity, a nonprofit dedicated to increasing the participation of minorities within the esports and video game industry.

This fall, the scholarship will be awarded to a team of five female students pursuing degrees in technology at each of five HBCUs: North Carolina A&T, Morgan State University, Texas Southern University, Howard University, and a fifth school to be announced later. The 25 scholarship recipients will also be guaranteed internships at top tech and gaming companies, including Verizon and its partners, ensuring an increase in the pipeline of female talent into STEM careers.

The program will also fund the creation of tech centers on the campuses of the partnering HBCUs, which will be accessible to the entire school. The scholarship recipients will also receive access to the Verizon 5G Gaming Center incubator at the 5G Lab in Los Angeles. The Verizon Game Forward Scholarship is an expansion of the Future Fund, a $5 million fund launched in 2020 to champion new and emerging female talent across entertainment and technology. 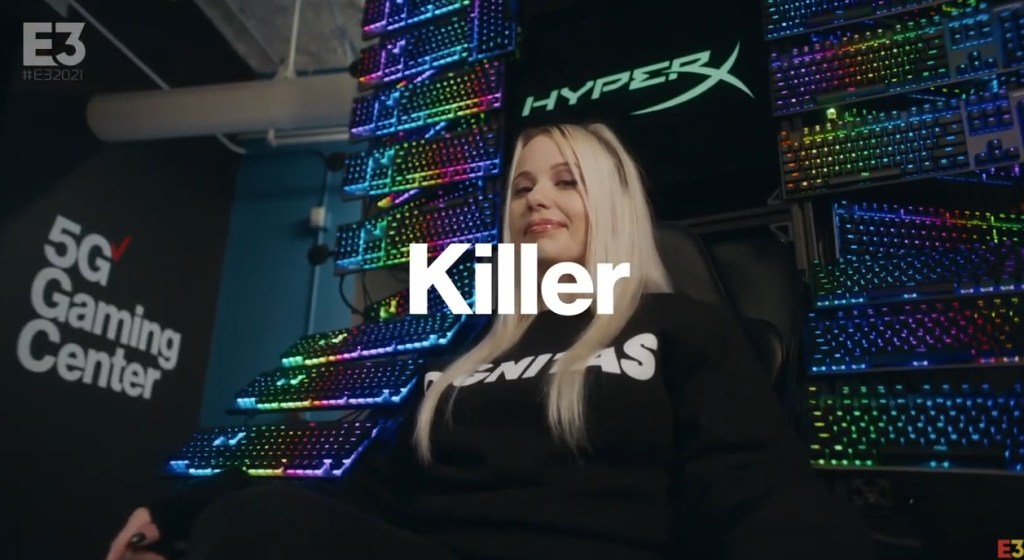 Above: Verizon is promoting diversity in esports and games.

Taking further action to support female representation in the gaming industry, Verizon expanded its commitment to the Verizon VCT Game Changers initiative, which elevates women and marginalized groups within the esports community, inspiring the next generation of players. In partnership with Riot Games, a new expansion to the program launching this fall will provide training and mentoring to the next generation of female esports casters, providing them with the tools and insight to grow in their careers.

Verizon VCT Game Changers will also continue to provide competitive opportunities for women through top-tier tournaments, which will offer prizes to top-performing teams and be supported by the professionally produced broadcasts of Riot Games. 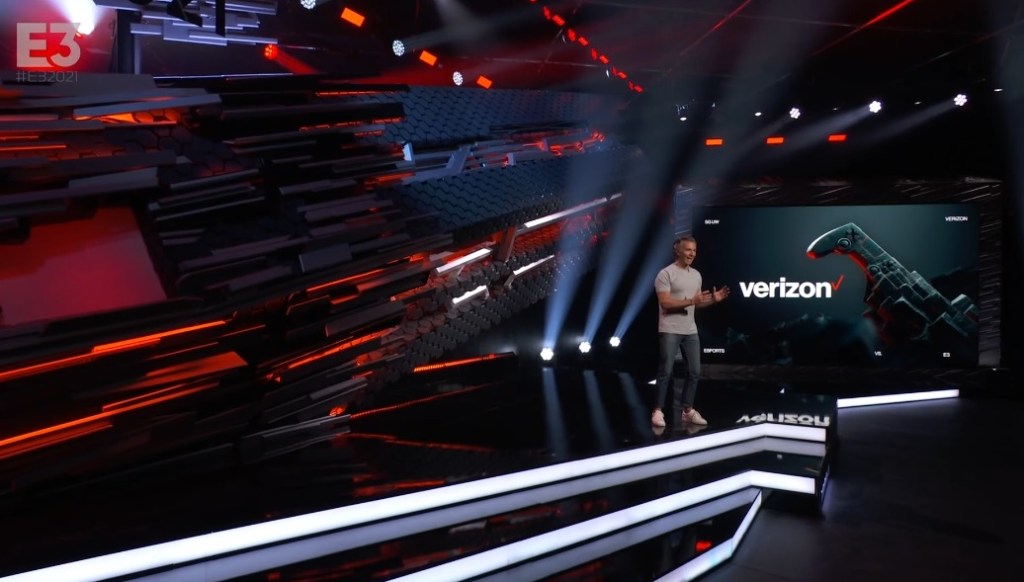 Above: Verizon is setting up 5G partnerships.

Verizon estimates that five out of six people in the U.S. have played a video game at some point in the past six months and over 70% of households include a mobile, console, or PC gamer. Last year, Verizon partnered with Riot Games on its Wild Rift mobile game.

“We’ve created a new model for innovation. And what that means is if you live in gaming, we have publishers engaged, we have esports teams embedded, we built Dignitas a 5G gaming center,” he said. “Their headquarters is in the 5G Lab in Los Angeles. We built a next-generation mixed reality stage. We understand what the technology enablers are.”

And now Verizon and EA are joining forces to launch a 5G innovation partnership that will combine the power of Verizon 5G and the creativity of EA developers to innovate and create solutions that will optimize their games to develop the most dynamic player experience, he said. The partnership will deliver optimizations for EA games, including Madden NFL, using low latency to develop multiplayer mobile experiences.

“We want to evolve what a game like Madden NFL will look like on 5G, and that’s why we’re partnering with EA,” Guirnalda said. “We also want to think about the future of the next set of devices that on our network is going to have. We’ll have a set of capabilities that really gets us super excited as consumers make their first foray into the 5G world.”

Verizon 5G has also been working with companies such as Epic Games, Unity, and Dreamscape Interactive. 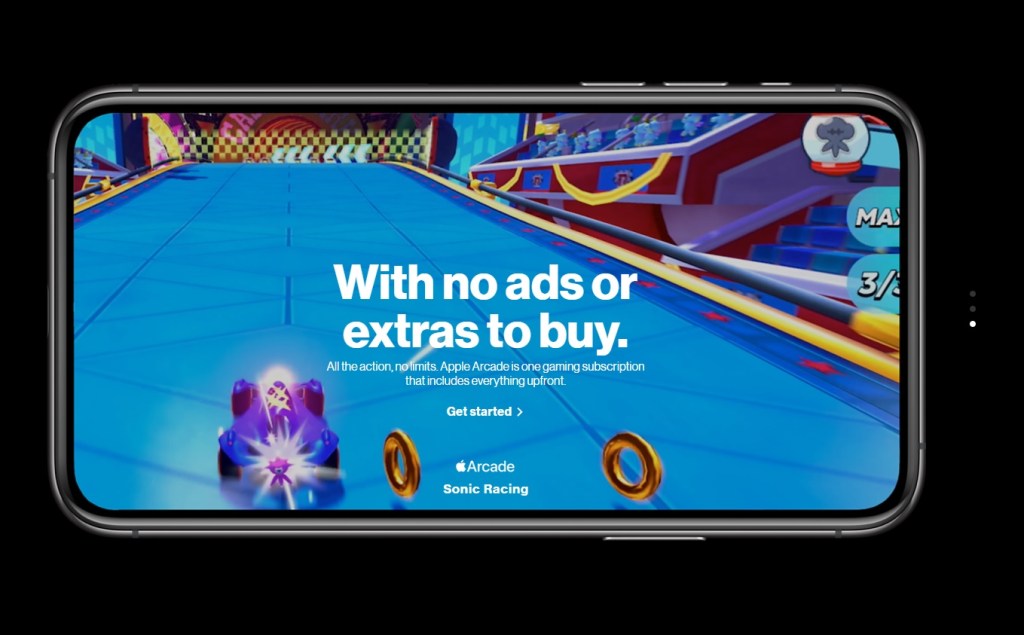 Above: Verizon is pushing game subscriptions.

And Verizon has also unveiled a partnership with esports organization Dignitas to beta launch a nonfungible token (NFT) experience to take fan and player engagement to the next level.

By getting involved in NFTs, Verizon and Dignitas are going to lend some cred to what has so far been viewed as an overhyped market. They will create NFTs based on collectible female characters on the Dignitas esports teams. The tech includes holographic imagery of the female esports team members in the Game Changers program.

“The ecosystem for gaming is evolving, and it’s blending with sports and entertainment,” Guirnalda said.

Following the upcoming Game Changers tournament on June 24-27, these NFTs will be digitally signed by the players, adding a new and personal layer to the fans’ experience. The Dignitas Collectibles are available exclusively on Verizon’s beta NFT platform, which allows fans to connect directly with celebrities to request NFT autographs. These collectibles are currently experience-based and cannot be traded or sold.

“Gaming and the infrastructure behind it powers more than just games,” he said. “You look at the platform, and you look at companies like Epic Games and Unity, and they’re creating platforms for interactivity. You can see crossovers between games and music. We believe 5G is going to help drive more immersive and interactive experiences. Full stop. And I think that is a representation of it going across industries. And if you think about a game, a game can go and be used to teach a kid physics in one of our middle schools that have a 5G connection. And now you have a Unity environment with famous scientists talking about gravity between planets. That’s the power of gaming. It’s an enabler of the future of immersive content. We want to be an enabler of gaming. I get jazzed where we can go and find opportunities for us to rise all ships. And that includes all the initiatives we’re doing.”