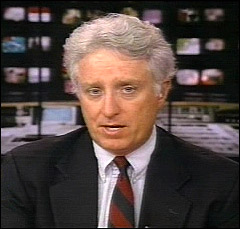 You could say it was a long national nightmare for the video game industry. Whenever there was a school shooting, anti-violence crusader Jack Thompson was there to blame it on violent video games. But the industry can breathe a little easier now. The Florida Supreme Court has ordered that Thompson be disbarred 30 days from today.

I’ve had my own run-ins with Thompson. He emailed my editors at the San Jose Mercury News when he thought that, after I delayed writing up an interview with him, I was going to do a malicious hit piece. Other game journalists engaged with him more frequently, always wary about whether he would turn on them. Some tried to ignore him as much as possible, while others reveled in goading him during interviews. Thompson managed to get on the air frequently as the go-to spokesman against violent games. But his media grand-standing also got him in trouble with the courts and he was disbarred for numerous counts of legal misconduct.

Mike Fahey of game blog Kotaku just described Thompson as a “bombastic, showboating law man.” The Entertainment Software Association declined to comment on the disbarment. But Mike Gallagher, president of the ESA, told me in July that, “He is in the rear view mirror. The bright future that lies in front of us does not include Jack Thompson.”

The Miami area lawyer still has a chance for a retrial, but he has been ordered to pay the Florida Bar its legal fees of $43,675. In a response to the disbarment, Thompson wrote to Kotaku, “The timing of this disbarment transparently reveals its motivation: This past Friday, Thompson filed a federal civil rights action against the Bar, the (Florida) Supreme Court, and all seven of its Justices. This rush to disbarment is in retribution for the filing of that federal suit. With enemies this foolish, Thompson needs only the loyal friends he has.” Thompson also said the court is punishing “a Christian lawyer for his activism.”

Thompson was at the center of many public brouhahas over games, such as the “Hot Coffee” modification that allowed for crude sex scenes in the “Grand Theft Auto:San Andreas” video game. He constantly alleged that violent video games were inspiring kids to commit mass murders.

A native of Ohio and a 1976 graduate of Vanderbilt University School of Law, he became a medical malpractice attorney in Florida in 1977. In 1988, he was the unsuccessful challenger to Janet Reno for the Dade County State Attorney. He alleged that Reno was a “closet lesbian” suffering from various mental disorders as a side effect of Parkinson’s medication. In 1989, he led the campaign against the 2 Live Crew album “As Nasty As They Wanna Be.” In a 1990 federal trial, the album was ruled obscene and resulted in the arrest of several members of the group and a retailer. The ruling was later reversed.

In 1999, Thompson turned his focus on violent video games. He filed a $130 million product liability lawsuit against several game and entertainment companies on behalf of the parents of the 1997 Paducah, Ky., school shootings. The case was dismissed in 2002. In an interview with CBS, Thompson compared Doug Lowenstein, former president of the game trade group Entertainment Software Association, to Hitler’s propagandist Joseph Goebbels.

He also wasn’t shy about blasting the game media. Dennis McCauley, the editor of Game Politics, said in an email today, “Thompson’s disbarment is long overdue. His conduct has been an embarrassment to the legal profession. Even more puzzling, though, is that he has allowed his outrageous behavior to sink his advocacy campaign. He has transformed himself from someone the video game industry needed to be concerned about into a caricature.”

McCauley added, “My personal dealings with Thompson have been extremely contentious. As a journalist who has chronicled his activities since 2005, I’ve been one of his favorite targets over the years. Thompson has threatened to sue me more times than I can recall, and actually did attempt to add my name to one of his many lawsuits against the Florida Bar, although the judge ultimately refused to allow him to do so. He has likewise had a contentious relationship with my readers at GamePolitics. Dealing with him hasn’t been a pleasant experience, to put it mildly.”

Just about every game journalist has stories to tell about Thompson. I look forward to reading about them in the next day or so. But I’m not so sure this means Thompson will fade out.

“I don’t expect that we have seen the last of Thompson, not by a long shot,” McCauley said. “After all, most of his culture crusade takes place outside the courtroom. And he’s still able to file lawsuits, just as any private citizen can. Moreover, he understands the mechanics of how to file suits. The difference is that the word “disbarred” will invariably be attached to his name from this point forward.”