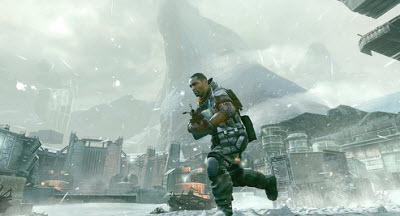 The worldwide video game industry is poised to reach $70.1 billion by 2015, thanks to the combined growth of console, portable, PC, and online video games, according to market researcher DFC Intelligence.

DFC is one of the few market researchers that tries to gather data on a worldwide basis. It estimates that games were a $60.4 billion business in 2009. So, over five years, the game industry will grow just 16 percent. That’s not exactly a staggering figure, but we are dealing with the law of large numbers here.

On top of that, pricing is dropping for games as consumers embrace free business models. So while the game industry continues to reach new people, the amount of money that it gets from each game player is going down.

“There is likely to be a significant change in spending patterns as consumer spending shifts away from buying packaged goods at retail to buying products online either for digital delivery or by paying a subscription or usage fee,” DFC analyst David Cole said.

Consumers are embracing online business models with significant free play components. These models may generate more profits than traditional retail sales, but in the short term they provide less revenue.

The PC platform continues to be the platform where the new business models are accepted. By 2015, the PC game business will be $20 billion. Console online games sales are expected to quadruple revenue by 2015 as online distribution and subscription models make their way to the consoles. That should help offset a decline in store sales.

DFC forecasts that revenues could decline in the near-term years of its forecast, with most of the predicted growth happening from 2013 to 2015. The decline is expected because of a slowing in console games, while growth in PC online platforms will not increase enough to offset the console drop.