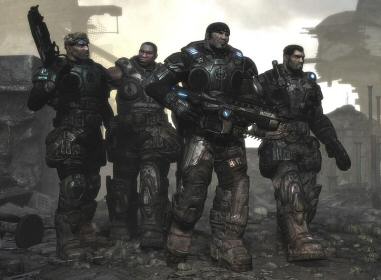 Video game sales defied the tough economy and rose 10 percent in the U.S. in November, according to market researcher NPD Group. Nintendo had another outstanding month, selling more Wiis than Microsoft and Sony combined.

Last month, the U.S. video game industry defied economic doomsayers, the first month of the industry’s critical sales season. That strength was surprising, given the weakness of U.S. retailers in October. It fed the theory that games are at least somewhat recession resistant, because entertainment provides an escape from the real world. Surveys show that gamers view games as offering a good value — $60 per game with many hours of play time — compared to movies or other entertainment.

The strong November sales should keep the perception alive that games are an island in a sea of economic malaise. Anita Frazier, an analyst at NPD, said that the company’s consumer index shows that games are the area where consumers are least likely to cut their spending. Earlier this week, Electronic Arts gave the industry a scare because it said its sales of holiday games were not meeting its expectations and it would have to lay off more people than it previously expected. But that may just be EA’s problem.

Microsoft still had a big month in terms of game sales. Microsoft’s Gears of War 2 was the No. 1 game with sales of 1.6 million in the U.S. in November. Roughy 13 percent of all Xbox 360 owners bought the game. The Xbox 360 version of Activision Blizzard’s Call of Duty: World at War was No. 2. Electronic Arts’ Left For Dead on the Xbox 360 was No. 8. Nintendo had three titles in the top 10: Wii Play, Wii Fit, and Wii Music. The latter had a slow launch in October but came back nicely in November. Sony’s only top ten title was Resistance 2, which came in at No. 9.

September’s sales were down 7 percent from a year earlier. But the problem was that there were big game releases such as “Halo 3″ in September of 2007, making it hard to beat last year’s numbers.