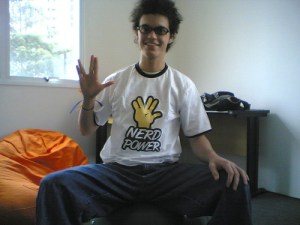 Video games have been moving beyond their nerdy stereotype roots for a long time now. A new research report from IGN Entertainment and Ipsos MediaCT validates this idea, particularly in the wake of a watershed moment for the mainstream growth of video games: the 2006 release of the Nintendo Wii. 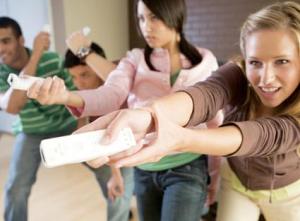 San Francisco-based IGN runs big entertainment and gaming web sites (reaching 30 million in July) and is owned by Fox Interactive Media. It’s interesting that the company is investing this heavily in research, as that used to be the domain of Ziff Davis when it had a magazine empire with a bunch of game publications. How times change.

The companies took a deep dive. They surveyed more than 3,000 people online, interviewed a number of people in focus groups, and then spent quality time with three different families to capture more details. The average age of gamers is now 32 (as research from the Entertainment Software Association has said for years). Some 55 percent of gamers are married, and 48 percent have kids. 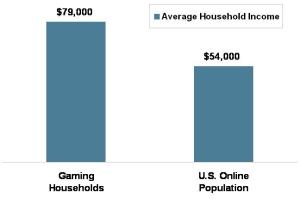 The study segments gamers into groups such as “Social Troopers”, “Family 3.0”, “Weekend Warriors” and ”Traditional Core.” More than 75 percent of gamers play with other people, either online or in person. About 47 percent say that games are a fun way to interact with family.

The research says that gamers are “pop culture influencers.” Their friends and family rely on them to stay up-to-date about movies, TV shows, and the latest entertainment news. The average gaming household income is $79,000, compared to $54,000 for non-gamers.

This is not to say gamers are really smart. They are more than twice as likely as non-gamers to buy a tech gadget, even if they are aware that there are still bugs. They’re also twice as likely as non-gamers to pay a premium for new technology. The research was done in June by Ipsos MediaCT on a population of 3,000 that ranged from 12 years old to 54. Follow-up communication took place in August.