The global gaming market will reach $91.5 billion this year, according to an upcoming report from research firm Newzoo. That will represent a 9.4 percent increase compared to 2014’s $83.6 billion. Revenues will increase on PCs, consoles, and tablets, and smartphones will lead the way with 21 percent growth year over year. Spending on PCs and Mac — which includes traditional retail downloads from the Steam digital distribution store as well as free-to-play behemoths like the competitive strategy game League of Legends — will still outpace all other categories. Newzoo explains that while markets such as social and handheld gaming are shrinking, that cash is mostly shifting to other kinds of games.

The report also claims that China, already one of the biggest markets for gaming, is about to grow even larger. Newzoo is estimating that Chinese revenues will grow by around 23 percent this year. That could move it into first place, ahead of the United States, as the top country in terms of game-related spending. That’s a year ahead of previous predictions, which claimed China would overtake the U.S. as the world gaming superpower in 2016. If Newzoo’s predictions hold out, China would bring in around $22.2 billion compared to the $22 billion for the United States. 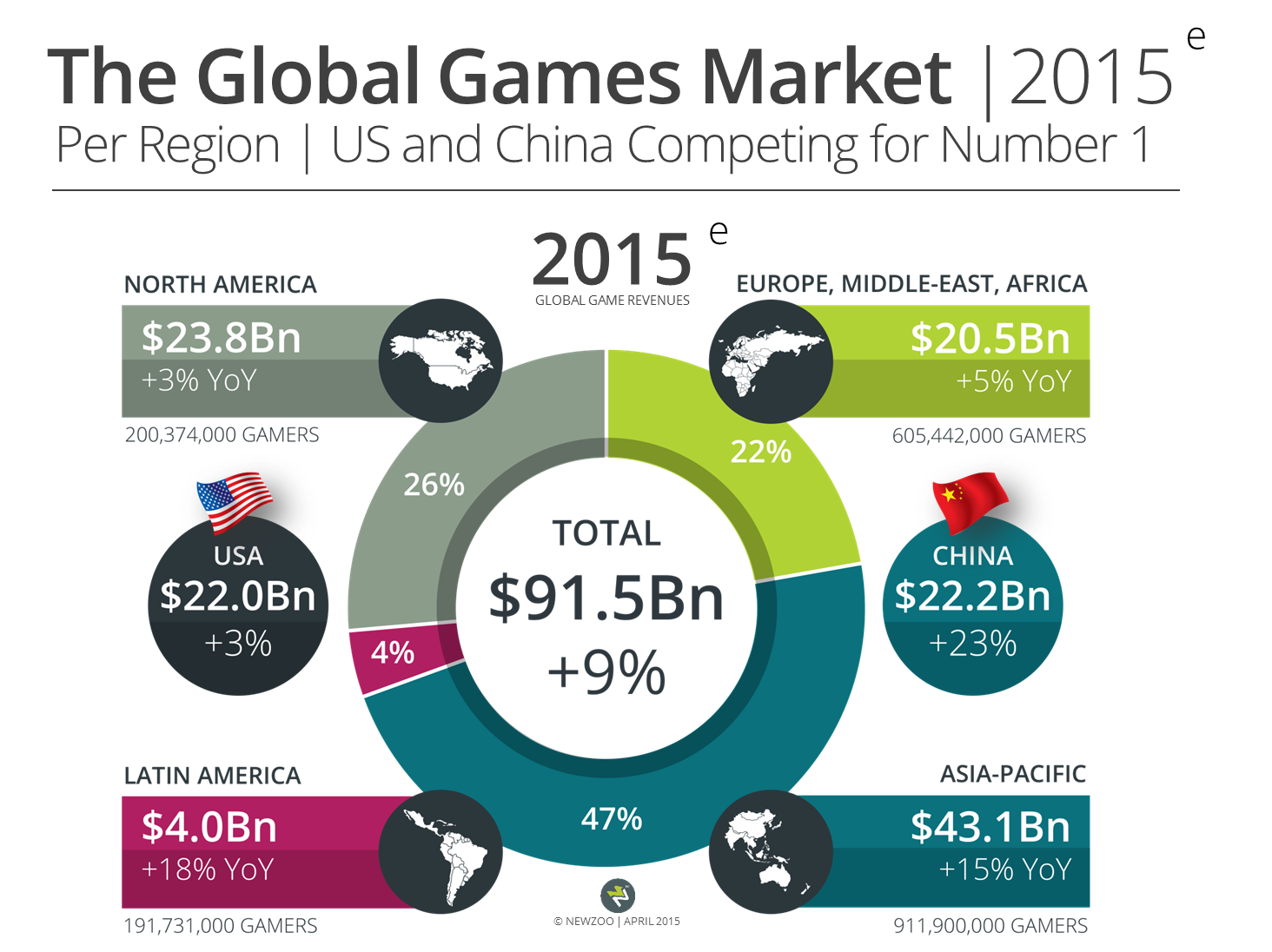 Countries in the Asia Pacific region will also see some serious growth. This will continue to come, just like it does in China, from mobile and PC gaming. Consoles will still make most of their money from North America, Europe, and Japan.

Finally, Newzoo was willing to share some predictions about the slightly more distant future. The firm claims that global gaming revenues will reach $107 billion by 2017. This will come at a time when smartphones have likely matured and new virtual-reality and smartwatch platforms have either proven their viability or not. If either takes off in a major way, they could lead to an exponential increase in revenues, but Newzoo isn’t betting on that at this point.

Newzoo will release all of this information and more in its upcoming 2015 Global Games Market report, which will go live June 8.