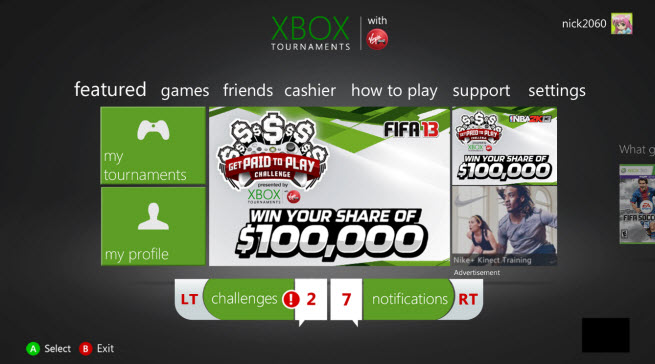 Virgin Gaming hopes to usher in a new era of competitive gaming on the Xbox 360 by powering the Xbox Tournaments app for paying members of Microsoft’s online gaming service. That means that players will be able to win cash by beating their friends in gaming tournaments on Xbox Live. The app is available on Xbox Live on Tuesday. 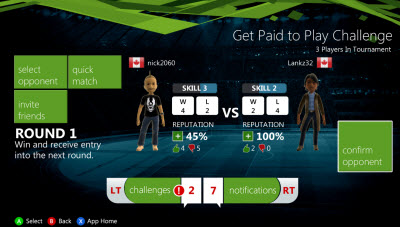 The deal shows that competitive gaming is catching on as a way to boost retention, engagement, and revenues across the game business. Billy Levy, president and co-founder of Virgin Gaming (a division of billionaire Richard Branson’s Virgin Group), said in an exclusive interview with GamesBeat that Gold Members of Xbox Live will be able to join tournaments with prizes up to $100,000. Players can test their skills in their favorite Xbox 360 games and join the tournaments directly from the Xbox Live network.

“It’s a massive step forward for us,” Levy said. “The time for competitive play has arrived.”

The tournament app will debut in the U.S., Canada, and United Kingdom with launch titles that include EA Sport titles such as Madden NFL 13, FIFA 13, NHL 13, and NBA2K13. More titles, territories, and features will be added in the coming months. At the launch, players will be able to compete in three-round, free-entry tournaments for gamers of all skill levels. They will also have a chance to participate in free head-to-head challenges to hone their skills for upcoming cash play, where players will pay an entry fee. Players will be able to fund their accounts without going to a website.

Virgin Gaming itself is hosting a $100,000 tournament and leaderboard challenge from April 9 to May 6. Players who participate and win all three tournament rounds or climb the ranks of the leaderboard will win a portion of the cash-prize pool. Virgin enables in-game reporting of match results, a skill ranking system, secure payment, and customer support. So far, Virgin Gaming has more than 2 million players and sponsors including NOS Energy Drink, Ford, Kia, and Dr Pepper.

“Virgin Gaming is a proven leader when it comes to online video game competitions, and we believe Xbox Tournaments will deliver a wide variety of competitive and casual tournament options that will add an exciting new dimension to game play,” said Matthew Bencke, general manager of Xbox Live, at Microsoft in a statement. “From the beginning, we’ve wanted to create amazing and accessible gaming experiences for our members and Xbox Tournaments give our customers a new way to play.”

Virgin Gaming started out as WorldGaming.com about five years ago. Back then, Levy said, “No one would give us the time of day and a lot of people thought it was illegal.” But once Richard Branson invested in the company and backed it with his resources, the growth started taking off.

“We’ve done a lot of trial and error to get to this point where we have a turnkey solution,” Levy said. “We are making great progress in expanding tournament gaming and allowing players to play for cash.”

The games are considered skill-based games and are thus legal in most states, and more states are liberalizing rules around online gambling. Virgin Gaming now has 2.5 million players on the web. Gamers have won over $32 million in cash in 20 million tournaments. Cash games are up 280 percent from a year ago. Deposits are up 250 percent. Sponsorships are up over 900 percent. A recent Halo tournament, the Halo Infinity Challenge, drew 292,000 participants. They played 9 million games over three weeks. That was Virgin Gaming’s first foray with Microsoft.

The company lets players compete in tournaments for cash, points, and prizes. Virgin Gaming has 50 people.

“It’s been quite a journey,” Levy said. 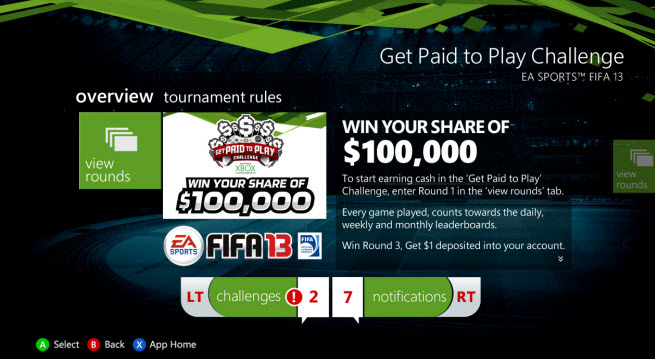