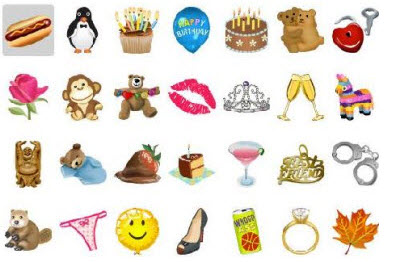 Thanks to the astonishing growth of games on social networks such as Facebook and MySpace, the U.S. virtual goods market is poised to clear $1 billion in revenues in 2009, more than doubling from a year earlier, according to a new report.

By 2010, revenues could hit $1.6 billion as users become more comfortable paying for virtual goods in small transactions that are executed in a seamless fashion. But 2009 will be remembered as the year when it all took off, said Justin Smith, founder of Inside Network and co-author of the report.

That’s the finding of the Inside Virtual Goods report being released today by Inside Network and the Virtual Goods Summit. The 60-page study is one of the most thorough investigations to date into the scope of virtual goods, which include virtual gifts that people give to each other on Facebook as well as in-game weapons users buy with real money so they can inflict more damage on other players.

“I don’t know anyone who expected it to grow this fast,” said Smith. “The Facebook platform went from zero to hundreds of millions of dollars in two and a half years. It reflects a broader shift in society where people are spending more time on casual games.”

The report is valuable because it’s been very hard to pin down any reliable numbers on what has become a fast-growing sector of the tech economy. Smith co-authored the report with Charles Hudson of the Virtual Goods Summit. Smith said in an interview that social networking games are the biggest category within the virtual goods sector and that Facebook leads the way with virtual goods revenues. 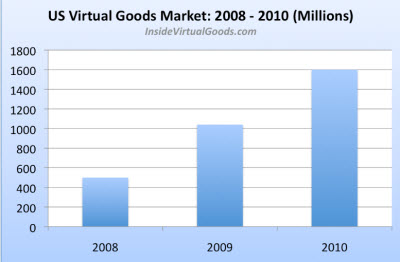 That’s why we’ve seen huge growth at Zynga, Playdom and Playfish — three social game companies that collectively should generate more than $300 million in virtual goods revenue this year. Zynga’s newest game, Cafe World, grew to more than 10 million users in just a week. Beyond the game publishers, there’s also a group of companies such as Offerpal, Zong, Boku, Peanut Labs, Adknowledge, Gambit and others who are thriving as they create systems for people to pay for virtual goods.

“A lot of payments happen via PayPal, but others are making the system more frictionless,” said Smith.

As we noted in our story on South Korean virtual goods pioneer Nexon, virtual goods took off in Asia first, but many games that succeeded over there did not succeed in the U.S. because of different cultural tastes. Many game industry veterans have been skeptical that virtual goods models would take off in the U.S. But this report suggests they ignore virtual goods-based business models at their own peril. In many categories, startups are leading the way, not traditional game makers.

The report breaks down the use of virtual goods by types of games, regions, and demographics. Beyond social games on social networks, another growing category is virtual worlds and casual massively multiplayer online games. Hardcore MMOs such as Eve Online are also generating virtual goods revenues. Those games have more paying users, but the games are intimidating to more casual users. And there are emerging areas worth paying attention to, such as virtual goods in console games and iPhone games. With the launch of version 3.0 of the iPhone software, virtual goods trading on the mobile phone has more potential.

Over time, platform holders such as Facebook might think about putting a tax on virtual goods. That is, they might collect a fee on all virtual goods transactions that take place on their platforms. But they better be careful. That would be messing with the goose that lays the golden egg.