Virtuix said it has raised $11 million from 4,000 investors on the SeedInvest equity crowdfunding platform for its home-based Omni One VR treadmill. The money will help the company introduce a new generation of its consumer virtual reality devices.

The successful funding is a reminder of how well VR has fared during the pandemic, when people have been willing to try new digital experiences while stuck sheltering at home. By the end of the campaign on April 2, the company hopes to have raised $15 million.

When VR took off more slowly than expected after 2016, Virtuix pivoted with its Omni Arena 360-degree treadmills for VR, taking them into theme parks and VR arcades. But now that the pandemic has hobbled those attractions, Austin, Texas-based Virtuix is returning to the home VR market with the launch of its new Omni One treadmill.

That double pivot hasn’t been easy, but CEO Jan Goetgeluk said in an earlier interview with GamesBeat that he has been encouraged by VR’s steady growth in the entertainment market. He said he’s also glad Virtuix has had time to come up with a full consumer solution. 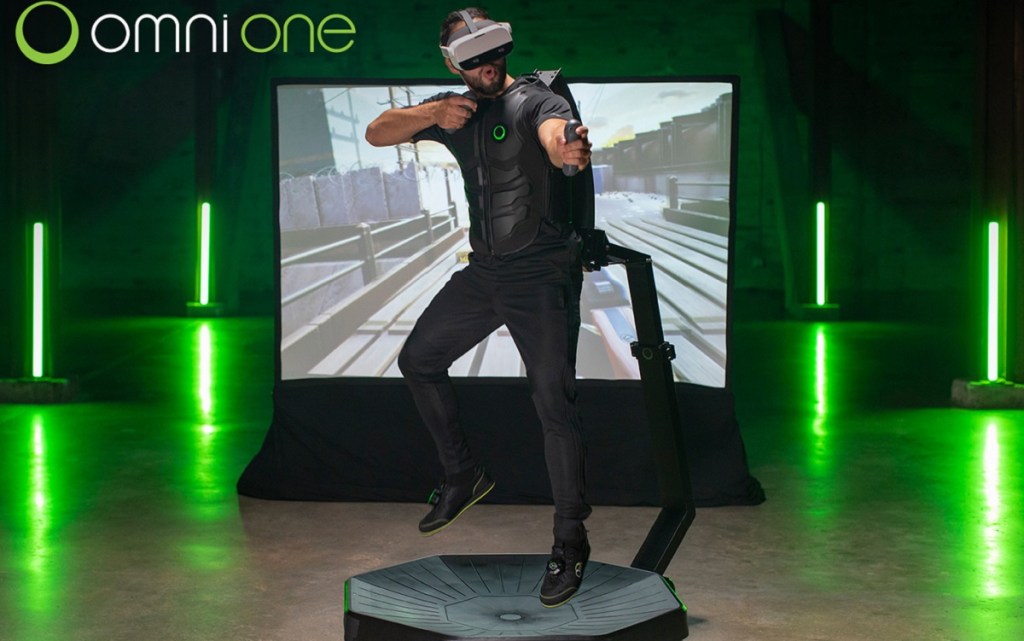 Above: Virtuix is raising money for its Omni One VR treadmill.

When you put on a VR headset, you can feel like you’re in another world, but you can’t really move around. The omnidirectional treadmill solves that problem, as you can run or walk in any direction and feel like you’re physically moving in VR. You have to actually move your legs to make your character move in a VR game, so you also get some pretty good exercise in.

Compared to the Omni Pro, the Omni One will be lighter, more compact (with a 4-foot diameter), and easy to fold up and store. It also allows players freedom of movement, including crouching, kneeling, and jumping. Omni One is a complete entertainment system that comes with a standalone VR headset (no PC or cables required) and works straight out of the box, providing a seamless user experience.

Goetgeluk began working on the technology in 2010 and formally incorporated the company in 2013. Virtuix has 14 issued patents and has raised more than $30 million to date from investors such as billionaire Mark Cuban. Virtuix’s content platform, Omniverse, has hosted more than two million plays, and the Omni was featured in director Steven Spielberg’s film Ready Player One.

SeedInvest is a platform for fundraising campaigns under SEC Regulation A, which allows qualified private companies to sell shares to the public. Virtuix’s Reg A campaign allows anyone to invest in Virtuix and receive shares in the company. The minimum investment is $1,000. As an investor perk, Reg A investors will receive a 20% discount (worth $400) when buying Omni One.

Omni One will feature its own game store with 30 titles at launch, including games developed by Virtuix alongside top titles licensed from third parties. Virtuix plans to charge $1,995 for the Omni One.

“Our main focus is to drive Omni One’s adoption, player engagement, and growth trajectory. Our goal is to bring our popular gaming experience to a million homes around the world,” Goetgeluk said.