Perhaps one of the most common genres found in the myriad of VR games is the humble puzzle game. With such an immersive platform that carries huge interactive potential, puzzle games are an instant fit for VR.

The genre has become a staple of all VR platforms, so we’ve put together a list of some of the best puzzle games available across them all. Only a few of the games are platform exclusives, and some of the games are available across more than one platform. There’s also a few, particularly older titles, that have a new life on the ever-popular Oculus Quest standalone system.

These are UploadVR’s 10 best VR puzzle games and experiences.

I Expect You To Die

I Expect You To Die is a James Bond spoof featuring espionage, puzzle-solving and close shave escapes where, as the title implies, you should expect to die and then learn from your mistakes. It’s a charming experience that first appeared in 2016 and has since made its way to multiple other platforms, such as the Oculus Quest.

Keep Talking and Nobody Explodes

This excellent, high-tension puzzle game was designed in the very early days of VR with the constraints of the early hardware in mind. However, you wouldn’t know it while playing it today – Keep Talking remains an absolute blast to play with friends. The game sees you work with a partner to decipher increasingly difficult puzzles in order to disable a timed bomb before it detonates. One person operates the bomb in VR, while the other(s) reads and deciphers a printed (or website version) manual to help the bomb diffuser figure out what to do with the various attachments and buttons. It’s a fantastic puzzle game that you can play with someone who doesn’t want to put on a headset, but still wants to participate.

Land’s End is a VR puzzle game that comes from the creators of the incredibly popular mobile puzzle game Monument Valley, that see you “explore spectacular landscapes and use the power of your mind to awaken a lost civilization.” It’s currently only technically available to purchase on Oculus Go and GearVR platforms, however if you purchase the Go version online, it will show up and be playable on your Oculus Quest.

Please, Don’t Touch Anything is perfect for players who appreciate hardcore, difficult puzzlers. Initially released for Gear VR back in 2016, but now available on several platforms, we noted in our review that the basic progression of the core gameplay loop was “experiment, succeed, scream, laugh, reset. The results of your tinkering vary immensely.”

Statik is a PSVR-exclusive puzzle game, and for good reason – it uses the PS4’s DualShock 4 controller as a tracked object in the virtual world. The main gripe we had with the game back in 2017 was the length. “No two puzzles are the same, and they’re all well-balanced and thought-out trials, but they left me begging for more,” said Jamie, in his review. 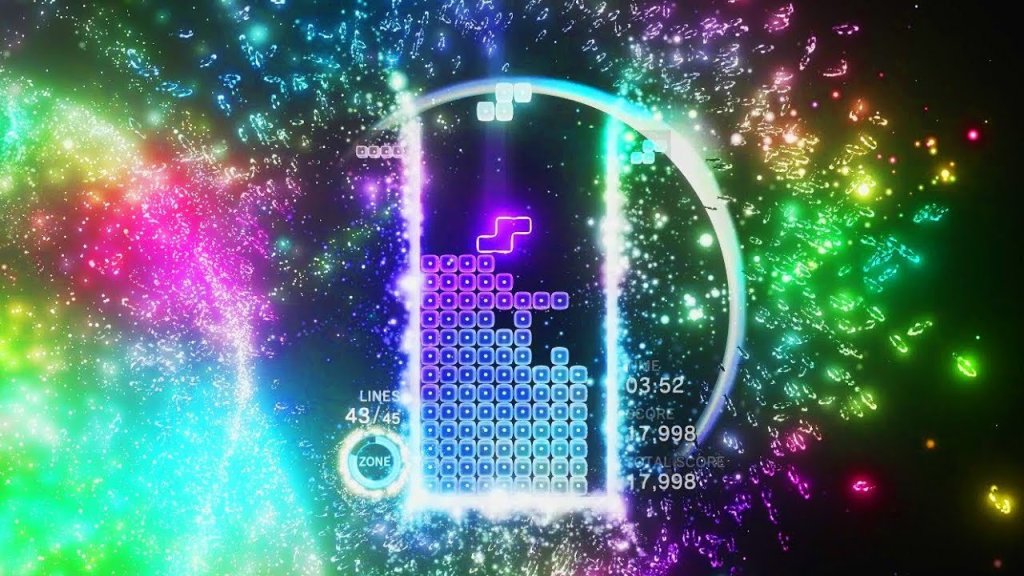 Above: Tetris Effect is very good.

What do you mean? Tetris? One of the best VR puzzle games? Yes, you read that right. Jamie explained it best in his original review. “Yes, this is indeed Tetris… in VR. But, by applying its unmatched strand of spectacular visual and musical flair, Enhance creates something with a powerful, compelling and entirely unexpected hypnotism to it.”

The Curious Tale of the Stolen Pets

This port of a classic puzzler is an incredibly well-done translation of the original game, initially developed for PC, and now available in VR. If you never played the game on PC, The Talos Principle will feel right at home in your VR headset.

Originally released in late 2018, Transpose is a VR puzzle game that sees you able to create clones, or “echos”, of yourself that carry out the exact same actions you did. Coordinating and synchronizing echos is the key to solving the game’s 30-plus mind-bending puzzles.