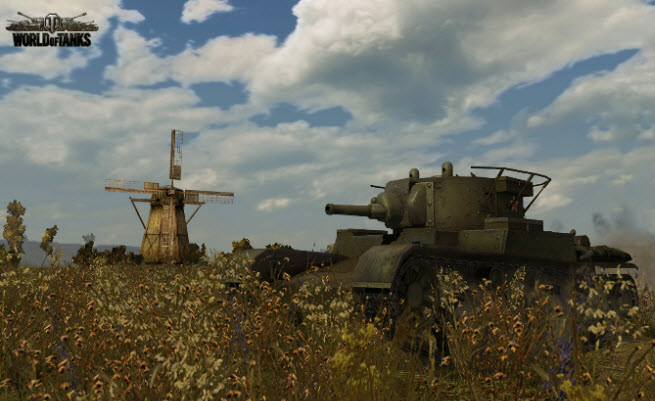 The London-based online game publisher Wargaming has grown up in a hurry. You may not have heard of company’s hit title World of Tanks, but the game’s worldwide popularity has experienced a huge boost with its biggest initial audience in Russia, where war games are practically a national pastime. Wargaming closed 2012 with more than 45 million registered players for World of Tanks, up 27 million from just 18 million a year ago.

That’s a stunning growth rate for the free-to-play game, which is printing money through the sale of virtual goods. While the rest of the traditional retail video game business is suffering, hardcore online games like World of Tanks are stealing all of the fans. Market researcher Superdata Research says in its own analysis that World of Tanks has twice the average revenue per monthly active user for an online game.

“The rapid growth of the company in 2012 has greatly contributed to the success of our flagship project, World of Tanks,” said Andrey Yarantsev, director of operating projects of Wargaming. “The victorious march of World of Tanks around the world demonstrates the great potential and opportunities” for Wargaming.

The game set a record of 617,000 concurrent players, or the number playing online at the same time. During the year, Wargaming updated the game eight times, adding 230 different models of tanks. It also upgraded the physics and graphics of the 3D tank battle simulation.

World of Tanks is gaining popularity in part for its participation in eSport tournaments. The game was included in the finals of the World Cyber Games 2012 in China. Wargaming is also exploiting the franchise further by coming out with a series of books about the history of armored vehicles. The first World of Tanks branded book is about the military engineering program that the Germans had before World War II.

In 2013, Wargaming says that World of Tanks is going to conquer new territory with a collectible card online strategy game called World of Tanks Generals, which will be released in 2013 as a browser and desktop-based game. The company is also working on two large-scale massively multiplayer online games, World of Warplanes and World of Warships. The closed beta test for World of Airplanes, an air combat game, has had more than 1.5 million applications. Wargaming plans to tie all the games together into a single game economy, so users can sign into them via a single account. The company also has its own MMO game platform service, which is open to other developers to use.

The company now has more than 1,300 employees in 11 offices on four continents. During the year, it opened offices in Korea, Singapore, and Australia. To date, Wargaming has released 15 games since it was founded in 1998, but World of Tanks is clearly its mega hit.

Superdata says that the average revenue per monthly active user for World of Tanks is $7.58, compared with $2.52 for Nexon’s MapleStory and $1.44 for Neowiz’s CrossFire game.