The World of Tanks company’s next game is not another slow-paced World War II-era vehicle shooter. Instead, it’s going back to exploring, expanding, exploiting, and exterminating in space.

Wargaming is planning to bring back Master of Orion, a beloved 4X turn-based sci-fi strategy franchise that debuted in 1993. Argentine-based NGD Studios will develop the new release alongside “key members from the original title’s team,” according to a press release. This comes 12 years after Master of Orion III, which was highly anticipated but failed to live up to expectations. Publisher Infogrames, now Atari, released the last Master of Orion, but Wargaming actually purchased the rights to the franchise from an Atari bankruptcy hearing in July 2013.

“In 2012, Atari, announced they were going out of business and the rights to many IPs, Master of Orion included, became available,” a Wargaming spokesperson told GamesBeat. “Everyone, including us, looked to see what classic properties were going to be offered. Wargaming pursued many of the legendary IPs, and ultimately managed to secure the title at the top of their list, Master of Orion.”

The company also pointed out that this takes Wargaming “back to its science-fiction origins,” as the company originally started as the developer of the Massive Assault series in 2003.

We’ve also asked about pricing and a release date, but the company says more details are coming soon. But the publisher has fostered a lucrative business in recent years by adopting free-to-play strategies, and it’s possible it could try to do the same thing here.

Wargaming chief executive officer Victor Kislyi said in a statement that Master of Orion inspired him to want to make games. And now it’s up to NGD Studios to “bring the series back to life.” 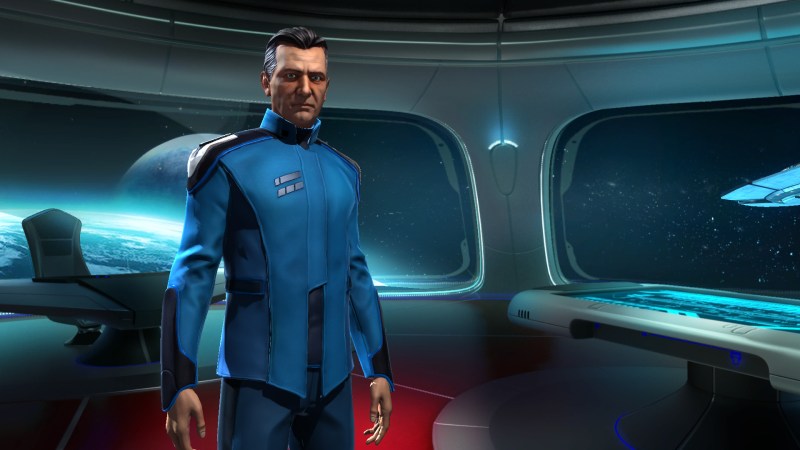 Above: A diplomacy screen from the new Master of Orion.

“[This is a] truly exciting moment for the team,” he said.

As for details about how the new Master of Orion will play, you’ll have to settle for this comment from NGD Studios cofounder and CEO Andrés Chilkowski.

“While we’ve made many improvements overall to the game, we’re confident that its classic and addictive gameplay will appeal to gamers no matter if they played the game years ago or are now just experiencing it for the very first time,” he said.

And it seems much more likely at this point that people will come to Master of Orion for the first time ever. The original debuted more than 20 years ago when it launched on MS-DOS and Mac back in 1993. It is one of the progenitors of the 4X genre — the magazine Computer Gaming World actually coined that term in its review of the original. These days, Civilization dominates the field, but recent 4X releases like Galactic Civilizations III and Endless Legend have shown that the industry has room for more releases in this space.

Now, it’s up to Wargaming and NGD to deliver something that gamers will love.