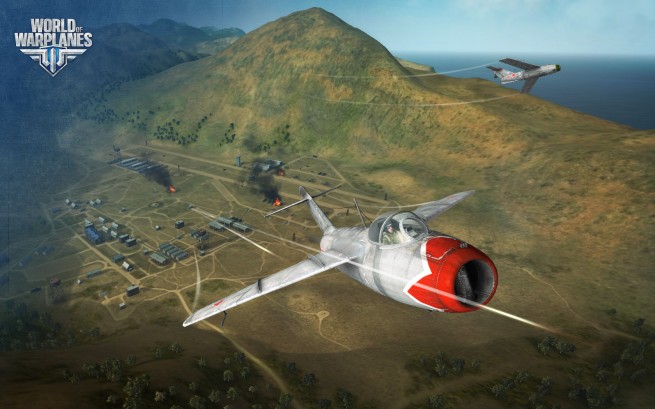 Wargaming.net has earned its stripes in PC gaming. Known for the Massive Assault series, Order of War and other titles, the PC development has now started cashing in big time on its hardcore gaming know-how with the success of its massively multiplayer online world World of Tanks.That game has more than 18 million players worldwide, a massive hit that has given the company resources to launch its next big online game worlds. The company has more than 800 employees, making it one of the powerhouses of downloadable online gaming on a global scale.

Wargaming.net will be releasing World of Warplanes in the near future. It has already received more than 100,000 requests from North American players to play in the current alpha test. World of Warplanes will likely launch its public beta in June and launch by the end of the year. We sat down recently with the man behind World of Warplanes, lead designer at Wargaming.net, Sergey Burkatovskiy. Here is an edited transcript of our talk.

GamesBeat: Can you tell me a little more about World of Warplanes and why the warplanes idea was implemented into an MMO atmosphere rather than a single player or smaller online community game?

Sergey Burkatovskiy: Generally, there’s an undeniable trend toward MMOs in the market. And we are no newcomers in the field: World of Warplanes isn’t our first MMO title.

The “Tanks” taught us many useful lessons and we’ve got proven-to-be-good schemes and concepts designed for our first MMO title, which we can now apply to World of Warplanes. Surely, we encountered difficulties, but World of Tanks proved that an MMO has the potential to deliver a great gaming experience, once it’s polished, deep, well-balanced and constantly updated. Take a look at the concurrent user numbers; we have over 500,000 tank men playing at a given moment in time. That’s impressive.

Why planes? Well, that wasn’t a hard choice either. Many people in the dev team are passionate for planes and flight sims, not to mention hundreds of World of Tanks fans asking us to come up with a flight combat title. We were very excited about the idea when only started working on Tanks, and the fact that players pretty much wanted the same thing only urged us towards getting down to the concept. 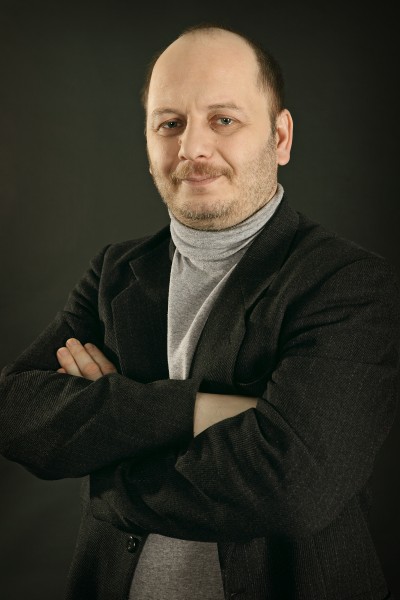 Burkatovskiy: Switching from ground tank combat to 3D air battle arenas was extremely challenging in the first place. It called for considerable game engine enhancement, both in terms of server and render improvements, and adjusting to combat specifics (accurate aiming, terrain and weather effects).

Pertaining to MMOs, the firing rate, for example, was a real pain in the neck. A standard battle in World of Warplanes is two teams, 15 on 15 players. It makes up for 30 planes on the battle field simultaneously. Imagine what server capacity would ballistics system need if, for example, the TSh-3 (an early Soviet ground-attack aircraft) alone comes with 10 quick-firing machine guns plus one to fire backwards. When we only started testing first gameplay iterations, the server was close to failing. Server programmers were racking their brains trying to knock over the issue with minimum simplifications in the damage system. Eventually, we managed to tackle it with several small changes, but you’d be surprised how much time those several tweaks took!

Another thing about the MMO aspect: World of Tanks experience stood in good stayer here. With our first MMO title, we ran into a major hitch trying to catch up with the fast-growing number of players. We never expected so many people to join the game and had to drastically increase our server capacity after launching the open beta in Europe and North America. To avoid this mistake with Warplanes, we’ve implemented multi-cluster technology right away.

GamesBeat: The trailers and press release seem to focus on an older era of warplanes from the 30’s up to the Korean War. What led to this decision to use older era aviation planes? Adding to that, are there any planes on releasing modern era type planes/maps in the future?

Burkatovskiy: Well, the first reason why World of Warplanes features only the mid-20th century aircraft is because the game continues the theme started in Tanks. Both games have the same concept and nearly the same setting. So, it would have been awkward to shift the core essence. Let’s now imagine if we add the F-15 as an 11-tier fighter in the American line, right after the Saber. It would EAT the poor Korean veteran. What I’m trying to say here is adding more sophisticated and technologically advanced aircraft would ruin the gameplay completely. So, we’ve decided to stick strictly to the frames we had chosen. Again, the period we are using covers the very birth of the jet as the main means of modern air forces. We have the aforementioned Saber, we have the MiG-15, we have the completely lunatic German prototypes, and I believe players will get no less fun trying these out.

GamesBeat: How realistic is the weaponry in regards to the period and what the original warplanes would have used? And on the same subject of weaponry, how much upgrading will be featured in the game and will there be opportunities to use different weaponry on different era planes?

Burkatovskiy: We are aiming at maximum realism and authenticity, and the development started with an in-depth research on vehicle models and their internal components. The progression system will largely resemble the one used in Tanks. Every plane will have key elements to upgrade and feature multiple modules to unlock: engines, canopies, glider components and many more.

So, players will be able to build their planes up piece-by-piece, change parts and various modules to their liking, and pick the optimal configuration for the most effective behavior in combat. Modules will be based on actual blueprints and schematic diagrams. Of course, you won’t be able to install, for instance, a General Electric J73-GE-3 engine on a WWII fighter: you’ll be offered to choose from authentic options.

Also, we’ll offer quite a plenty of choices in regard to ammunition. WoWP will feature incendiary, high-explosive and armor-piercing shells, as well as shells with combined effects, such as incendiary-explosive shells. Plus, players will be able to put together ammo loads and define ammo sequence.

However, players should bear in mind that too much armament will have reverse effect on speed and agility. It will increase the overall weight of a warbird, affect drag coefficient and other flight characteristics. So, they’ll have to think twice before installing a desired component.