Wargaming.net, the maker of the wildly popular World of Tanks online title, has opened an interesting office in Austin, Texas. It’s hiring number crunchers who can bring the benefits of big data to online games. 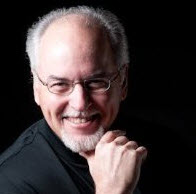 Above: Craig Fryar of Wargaming.net.

Wargaming makes big massively multiplayer online releases using the free-to-play business model. But a good portion of the team in Austin dedicates itself to a service for game designers: analytics. Craig Fryar, a former BioWare developer, has joined Cyprus-based Wargaming as head of global business intelligence. He is building a team of analytics experts that will double in size to 15 people within a year.

“It’s about using data to address the player’s interests and passions,” Fryar said in an interview with GamesBeat. “Our core team will serve the needs of the entire organization.”

It’s a small team within a company that now sprawls across the globe with 2,000 employees, but it is a necessary one for free-to-play efforts like World of Tanks, which has more than 70 million registered players. The analytics group is co-located with a game design team headed by veteran game creator Brett Close.

Victor Kislyi, chief executive of Wargaming, will speak at our GamesBeat 2013 event in Redwood City, Calif., on Oct. 29 and 30. Will Wright, the creator of SimCity and a very big World of Tanks fan, will interview him on stage.

Wargaming launches its titles in beta form and tweaks them based on feedback, so it can help the experiences monetize better while suiting player tastes. Since a small percentage of gamers will pay for virtual goods in any free-to-play release, the Wargaming team has to have good analytics to figure out what is happening in their offerings. Analytics experts are the ones who can predict what will happen with a player and what a company should do in order to retain that individual.

Wargaming has grown quickly in the past few years because its gamers are hardcore fans who are more likely to spend money in a title. Fryar leads the team that figures out what kinds of tweaks are paying off through techniques such as A/B testing.

The team has been expanding and taking advantage of the ebb and flow of gaming in Austin, where dozens of studios exist. Electronic Arts recently cut a number of jobs at its Austin office. Other companies that cut back include Vigil Games, Junction Point Studios, Sony Online Entertainment, Zynga, and NCSOFT. At the same time, ensembles like Wargaming and Crytek have opened offices, taking advantage of the skilled online-game veterans in the region.

“The ebb and flow is a function of staffing up, pushing out a title, and cutting back,” said Fryar. “What I am excited about with Wargaming is we are expanding, providing new jobs, and bringing some of that talent into the Wargaming family.”

Unlike many other studios, Wargaming is spinning up new teams. It added a PC-strategy-game team in Seattle when it acquired Chris Taylor’s Gas Powered Games, and it expanded into consoles when it brought Day 1 Studios on board. Wargaming is preparing to launch World of Warplanes (which the company delayed a bit until November). That title already has 3 million players. And Day 1 Studios is taking World of Tanks to the Xbox 360.

As those releases multiply, so will the demand for analytics experts. Fryar said one school in Georgia offers a doctorate in game analytics. It isn’t easy to find the people who have both a passion for analytics and games as well.

“We’re taking advantage of big-data technology to bring insight to our designers and developers,” Fryar said. “But we want people who can bring their own gut feel to what the data is telling them.”

But when it comes to analytics and player tastes, one size doesn’t fit all, Fryar said. Some insights might apply across cultures, but the behavior of gamers might differ in some territories. While the Austin office of Wargaming will focus on cross-cultural insights, it will also pay attention to those local dynamics that make each potential customer different.