Many people floating around the game industry are desperately looking for the secret to success. They want to be told that if they just follow a magical list of steps that only the elite know about, that they’ll strike it rich. For Jay Cohen and his crew at Wargaming, their list of directions has only two steps: feed creative passion, and give your audience something worth devoting time to.

During GamesBeat 2015, Wargaming’s Jay Cohen took to the main stage to share this insight, along with the general direction the company is taking.

Besides briefly mentioning a future Master of Orion project, and how closely tied that game is to the company’s very DNA, Cohen also discussed a creative culture that wants to foster passion.

Cohen sees a connection between the passion for ones hobbies, and the passion his audience has for a title like World of Tanks. “I’m a hobbyist. I’ve always been a hobbyist, even when I was a kid. I did coin collecting, stamp collecting. Things have evolved as I’ve gotten older. Now I don’t have as much time for my hobbies,” he said. “I think about what I do now for my hobby, which is back country skiing, mountain biking, road biking … not just for the recreation but also for the gadgetry.

“That’s what really attracted me to Wargaming, and the games that Wargaming makes. They’re more than games. World of Tanks, to me, is the ultimate hobby for our audience.”

Cohen is specifically talking about World of Tanks, but he could easily be talking about any of the other “World of” titles in the company’s portfolio. He elaborates a bit more on World of Tanks, “We call it the thinking man’s shooter, because it’s clearly not a run-‘n’-gun game. It’s like chess. There’s so much depth to this game. This is why I call it a hobby, because a hobby has certain characteristics. You have commitment, skill, and imagination. 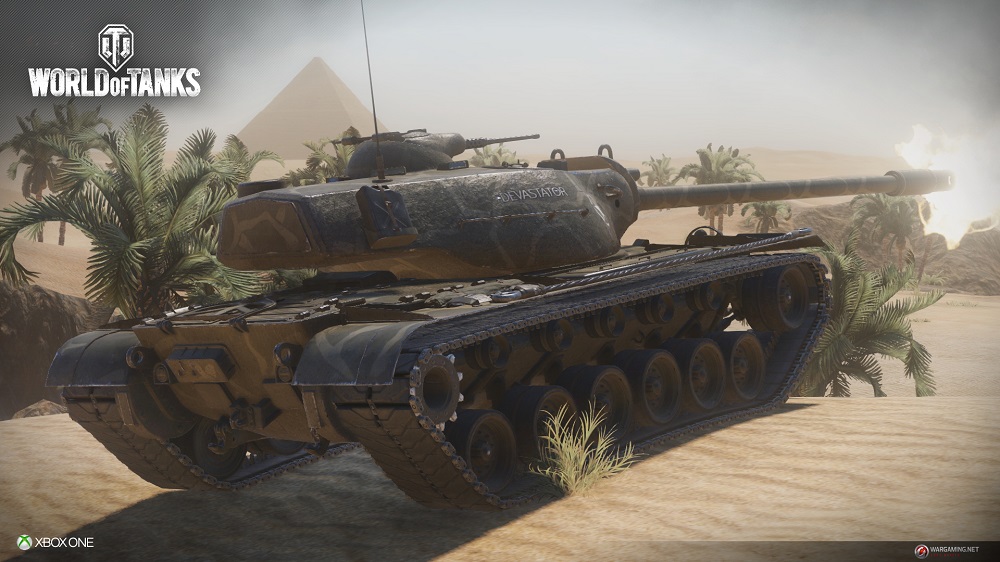 Wargaming has also found success with its multplatform strategy, which Cohen lays out in simple, straight forward terms. “We were one game, one community, one platform. World of Tanks on PC. Within that year we brought it out on Xbox 360. Similar game, different platform, new community. Since then we’ve added the Xbox One version. Same game, same community, but two platforms to maintain … technically. In the middle of 2014 we modified the game again for the mobile experience, and rolled out on iOS and Android. Again, same game, another new community, and two new platforms.

“Why do we do this? We don’t need to make more titles. It’s considered highly creative, especially in the west, to find new audiences where they are. And that’s exactly what our strategy is for this title. It works fine. It’s a hobby. It’s not going away. So find as much audience as you can. Go to the audience and grow it globally.”

But later, Cohen points out there was some resistance to this idea, based off of a chunk of older industry logic, “Cannibalization was a concern with marketing. They would say, ‘Oh! Don’t tell the PC players that we’re coming out on console. Don’t let them know about the mobile game that’s coming out, because they’ll take away [players]. And that just didn’t happen,” he said. “We got players to play on both platforms. The dynamics are very different. When we went to mobile, we had to change the user experience. We went from 15-on-15 to 7-on-7 [player vs. player] format. We had to tighten the maps, and make the experience a bit quicker and digestable for the mobile lifestyle. We have a very high engagement rate on mobile, that is similar to what we saw on PC and console.” 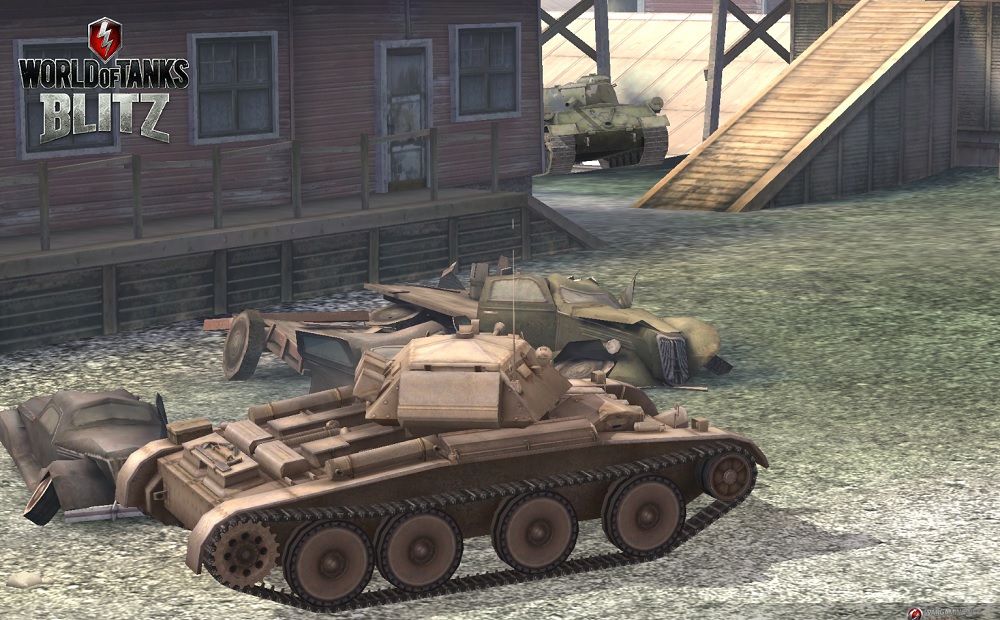 Above: World of Tanks Blitz for Android.

What about Wargaming’s success in free-to-play? It’s considered one of the industry’s biggest success stories in that market. “We have something that delivers a lot of value. I think players, once they start to play World of Tanks, or Warships, or Warplanes, they’re not deep into it, but once they start to commit and understand the rewards and upgrades … the unlock system … you realize the depth,” he said. “You realize the stakes for you to become a better player. And it’s very rewarding to become a better player and find others like yourself.

“You buy premium. We don’t push it on the player at all. What we do is we let them find that for themselves. You know, if I [as a player] get some gold, I acquire a premium account, increase my XP by 50 percent off of every battle I play — that’s going to help me research, unlock, and mod that much faster. And it’s for 15 bucks a month. For the same cost of a movie I have a month’s worth of entertainment. I would not want to be selling seats in a movie theater against that.”

How about Wargaming’s recent entry into the esports arena? Cohen explains that this wasn’t exactly part of the plan. “We didn’t develop the game to be an esport,” he said. “It’s literally the tip of the triangle, as we like to call it. It’s there for the player, if they want it. And players do want it.”

Yet this doesn’t mean the company won’t foster that part of the game’s culture. As Cohen points out, “We cultivated by commissioning amateur leagues, bronze, silver leagues and into our gold league. You know, it’s [esports] a smaller percentage of our players, the majority of our players are not esports players. Or not necessarily aspiring to be esports players, and that’s kind of the cool thing about our player journey. If you put it down on paper, you can say in a linear fashion start from here and you’ll eventually wind up a professional.”

Above: Esports contains an audience of 15 million fans … and it’s still growing.

How far does Wargaming’s commitment go to esports? “We support how high you can go, in terms of developing your skill and the knowledge of the game. People love watching it, so we continue to cultivate the spectator mode and continue to refine the game mode,” he said. “We actually keep making up game modes just so it becomes more compelling not just for the players, but for the viewers and how they can engage. So for us, it wasn’t a master plan that we built in. I would say the same for World of Warships: it’s going to be an esport game, but we didn’t go out to make an esport game. We will take care of the community and let the players run it into the direction they want to take it, and we’ll do what we need technically. And just foster the community.”

While discussing Wargaming’s future projects, the inevitable question on augmented and virtual reality popped up. “AR/VR is definitely super-cool.” Cohen said. “One thing that our games and our model demand is scale. We need scale of audience. For it to become widely adopted for in-game use, we need everything to be there as well. You know, we’re looking at VR experiences that can be done. We just did something, this entire reenactment in Russia with world war II tanks, using Google cardboard for a full 360 VR experience. We’re just exploring what’s possible. We’re very excited about its possibilities. I think we’d be foolish not to be considering it, but we need scale for it to really work and be effective with what we do.”

Throughout the discussion, Cohen kept describing Wargaming as an environment filled with passionate people trying to get the details right. “It’s very simple — it’s getting it right. That’s the mantra,” he said. “If Victor [Kislyi, Wargaming’s CEO] was here, he tells us every day, ‘I’m not the boss; the players are the bosses!’

“And getting it right is everything. You know, paying attention to the details, the iteration, the long … maybe too long … drawn out closed alphas, closed betas. We do this to refine the users’ experience.”

Cohen follows up with his own example: “You know, the guys in [St. Petersburg] making World of Warships, I walk in there and there’s a room that looks like they were doing focus group testing. They had a ton of cameras that were all foused behind this screen and at each of these players that are playing.

“They had this multicamera set up that was focused on the players’ eyeballs. What they [the developers] were doing is looking at the dilation of pupils, blinking, and the eye tracking movement. You know, we know why they’re doing this. We’re not waiting for qualified feedback at the end of the experience, telling us what they thought. We know what they’re doing second by second, moment by moment, because that’s the level of detail when refining the balance and the gameplay [we take].”

That’s a frighteningly aggressive form of focus testing, but it seems for Wargaming, it’s all for the sake of their overall development philosophy.

Or as Jay Cohen put it immediately after describing World of Warships’ focus testing, “It’s all about getting that right.”