Western Digital’s WD Black is a new brand of hard disk drive and solid-state drive solutions for PC and console gamers who are running out of disk space. For those players, WD has storage devices that can store as much as 300 games on an Xbox One game console.

The problem is getting acute as games like Halo 5, Red Dead Redemption 2, Gears of War 4, and Final Fantasy XV all top 100 gigabytes (GB) of space. Each one of those games could take up more than 20% of the space on a 500GB Xbox One or PlayStation 4 storage.

But what’s worse is that the average gamer has about 20 games, taking up on average about 1.7 terabytes (TB) of space, said Jared Peck, senior product manager at WD, in an interview with GamesBeat.

For the consoles, if the gamers upgrade their storage, they would need to have more than the typical 500GB or 1TB drives — or just start deleting games that they’ve already finished, Peck said.

“Some people say my console storage is full, so I’m not going to play,” Peck said. “Those are pain points in the survey. People are tired of deleting old games to play new ones.”

45% of gamers said they would buy a storage device in the next year, and 41% who play on PCs said they would definitely buy storage. Double-digit percentages of console owners are already attaching external storage to their consoles.

WD has now officially designated WD Black as its gaming storage product rather than just the top of the line for its products. In its research, WD estimated 500 million gaming PCs and 125 million consoles can take external storage. 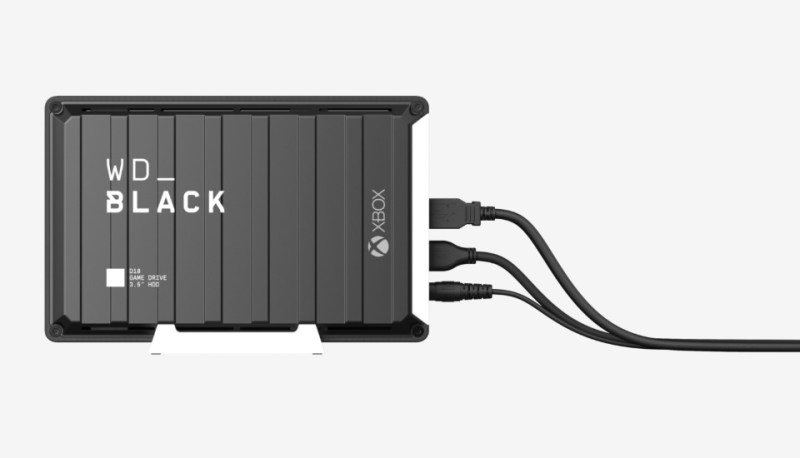 Above: WD Black is styled for gamers.

Under the WD Black name, WD is introducing a number of new products with a single “design language.” They include:

“We constantly hear from gamers about how the performance and capacity limitations of their current systems challenge the quality of their gaming experiences,” said Susan Park, vice  president of product management for content solutions at WD. “We are helping make room for the latest releases, whether a gamer has been playing for years or is just starting out and looking for a high-performance edge. With the latest additions to our WD Black portfolio, anyone from the casual to hardcore gamer can now capture a variety of games in one accessible place.”