OK, so it’s pretty funny seeing someone fall over after trying a virtual reality headset for the first time. But with companies like Facebook, Valve, and Sony all pushing to bring their own VR solutions to a mainstream market — worth an estimated $30 billion by 2020 — maybe we should have more concern for what the technology is actually doing to our bodies and minds.

It’s true that every new technology comes with new fears — and often they’re completely unfounded. Some folks blamed the wireless radio for distracting children from their school work back in 1936, and Edison’s first electric power plant ran for two years before the American public actually trusted it.

But VR is a technology that will shortly explode into the mainstream — with people potentially immersing themselves for significant parts of their day — and there’s not been much discussion about the potential physical and mental health ramifications.

So what are the potential risks, and how real are they? I’ve picked through some of the academic papers on VR and talked to experts across a variety of fields to find out more.

Focusing on a virtual world

In order to understand some of the potential problems with VR, it’s important to appreciate the biological mechanisms at work when you view a stereoscopic image.

Looking at any stereoscopic display is counterintuitive. That’s because there are two mechanisms at work when you look at something in the real world, and these need to follow different rules for VR.

In the real world, our eyes work to both focus and converge on a point in space when we look toward it — it’s a natural reflex called the accommodation-convergence reflex.

“The distance you need to converge your eyes to and the distance you need to focus your eyes to are the same distance,” explained Marty Banks, professor of optometry, vision science, psychology, and neuroscience at UC Berkeley in a phone call. “The brain has coupled these two response together — that’s why it’s called vergence-accommodation coupling. It makes total sense in the world we live in.” 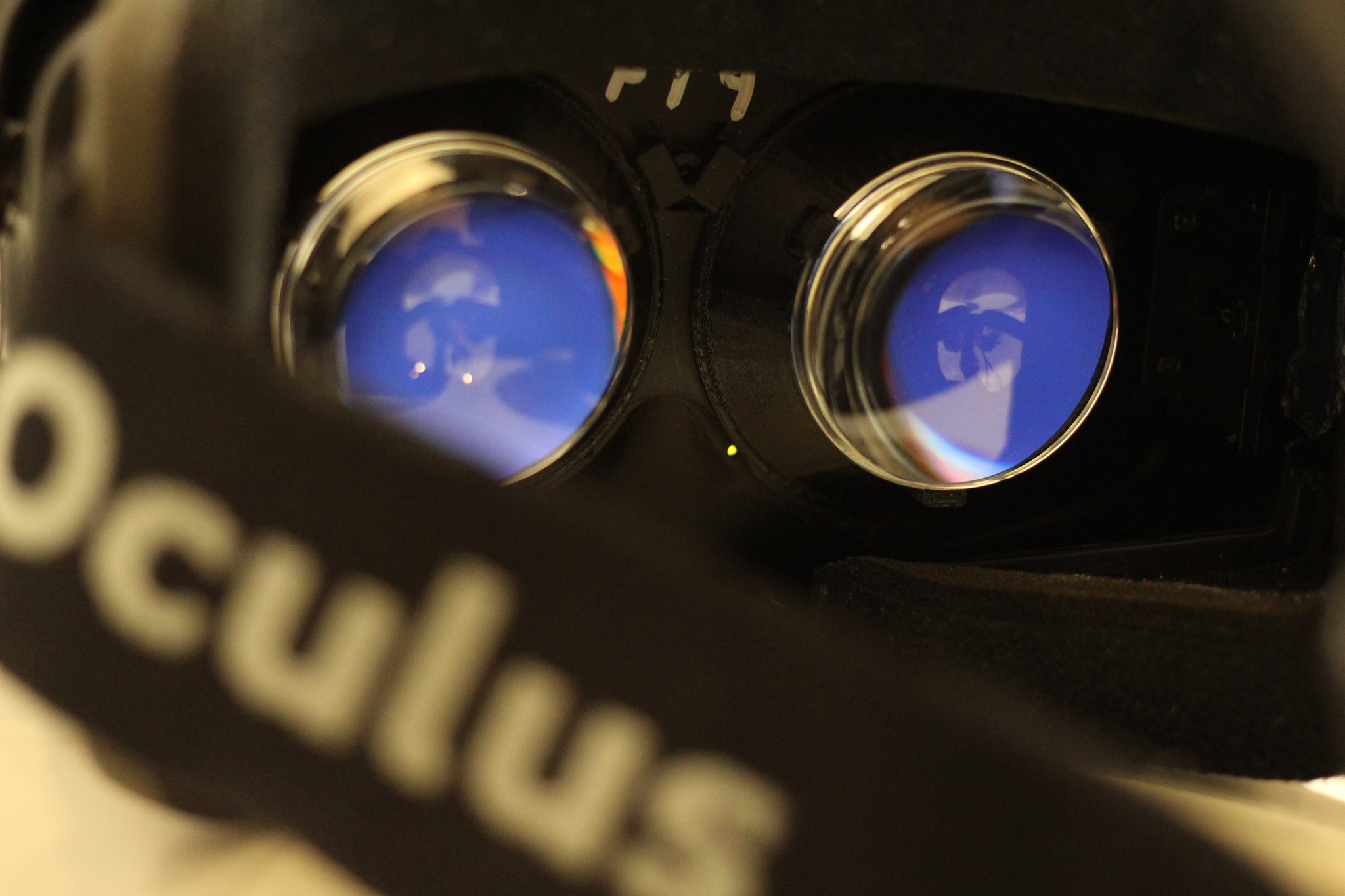 Above: Oculus Rift is heading to the mainstream soon, thanks to massive financial backing from Facebook.

With VR, though, our eyes always focus on a fixed point while trying to converge or diverge toward objects that can appear either nearby or distant. This mismatch is known as the vergence-accommodation conflict, and it’s the reason many people experience visual discomfort when using a VR.

“We believe the brain has to fight against its normal coupling to handle that problem, and that makes some people uncomfortable,” said Banks. “That makes some people’s eyes tired. There are even some cases where it makes people nauseous; it gives them a headache.”

Banks told me about claims — largely unfounded so far, in his opinion — that people might experience long-lasting changes in the coupling between vergence and accommodation due to VR headsets. “I don’t believe that,” he said.

“Those couplings are fairly plastic. You can learn to change those relationships. The one you have naturally, I think you’ll just go back to that when you take the headset off and look around the room and give your eyes a second to adjust.”

But our experience of VR so far hasn’t included sustained use of HMDs for extended periods of time, especially by a large community. We’re heading into unknown territory, and even experts like Banks can’t be sure what we’ll find. 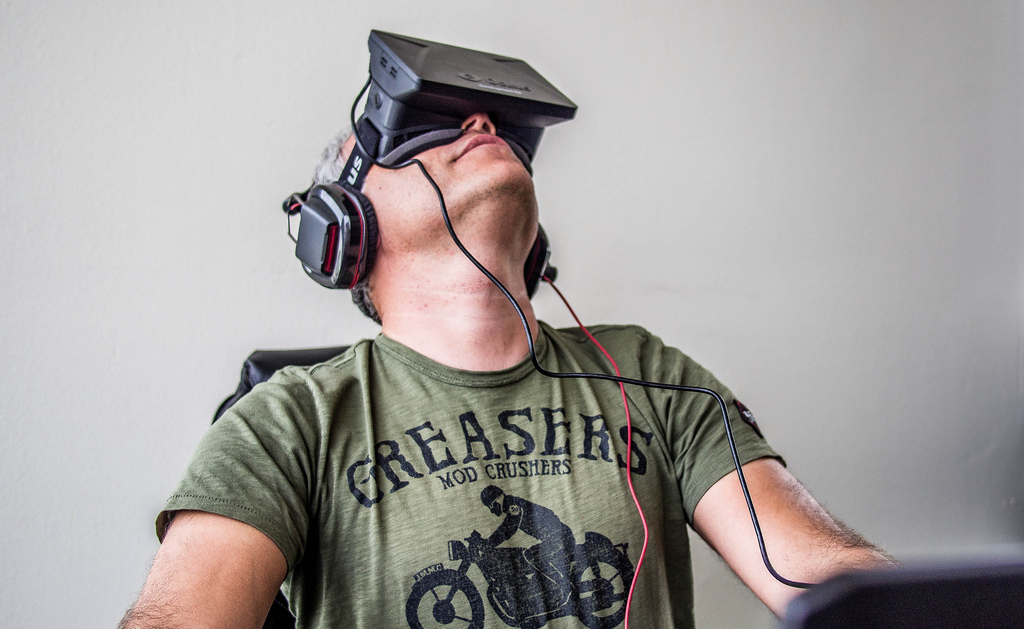 Heading down the rabbit hole

“Whenever you introduce something that is new that people might be using for a long period of time, obviously you should be on the lookout for potential problems,” said Banks. “That’s just being sensible.”

I asked whether using VR systems for long periods of time could result in long-term vergence-accommodation problems.

“Well, we don’t really know,” he said. “I don’t think there’s a smoking gun out there, but what we don’t know is long-term use — let’s say 12 hours a day — would that have any long-term effect? I doubt it, but I can’t prove that to you scientifically.

“I think that’s something we want to keep an eye on.”

Development builds of Oculus Rift have been around since late 2012, and early adopters have already reported ocular problems with extended use. While these reports aren’t especially widespread, they’re enough to raise concerns.

Reddit user Abore reported persistent eye after using the Oculus headset. “My left eye has been giving me shit due to the Rift,” he said. “Specifically the muscles behind it. Definitely eye strain and it persists hours after I take the Rift off. I’m taking a week off to let it recover.” 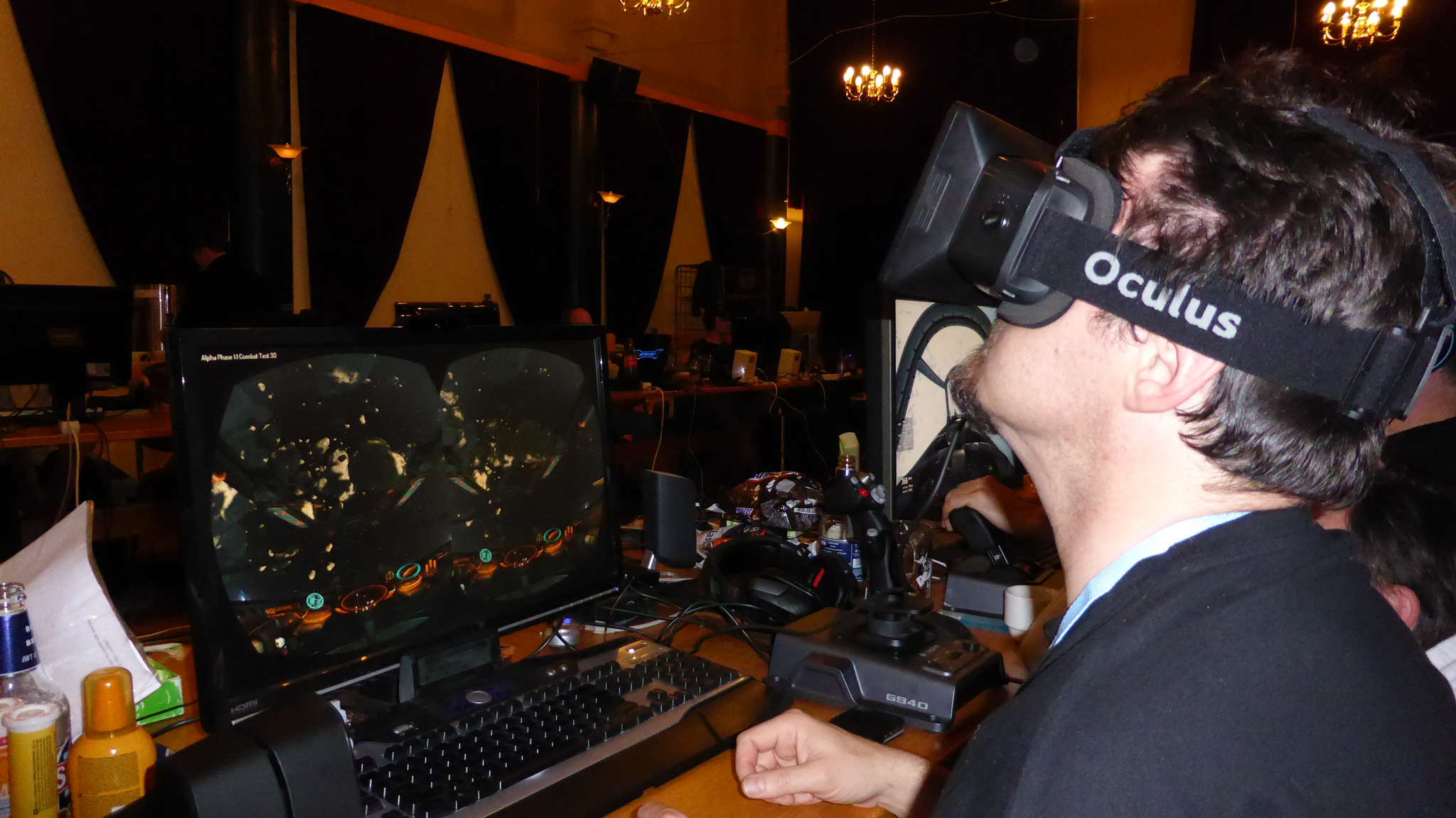 Above: Playing Elite: Dangerous with the Oculus Rift.

“With the Rift fitted properly against my face,” said Hutchinson, “the normally too-tiny-to-see pixel grid of the display is clearly visible, and staring at that grid for hours at a time is burning the pattern into my retinas, like a Pac-Man maze making a permanent impression on a CRT monitor.

“I can still faintly see this grid right now when I squeeze my eyes shut, in spite of the fact that I’ve had a solid night’s sleep. It’s superimposed over the usual retina noise I get when I close my eyes—or perhaps it’s better to say that it’s a very prominent part of the noise.”

Newer versions of the Oculus headset have a higher resolution display, but this is still an interesting side-effect of sustained use. I asked Marty Banks about it, but he couldn’t nail down what the cause could have been.

“You could get an after-image,” he said, “but when you get an after-image and then look out at an illuminated world they usually go away within a few seconds to, at most, a minute or so. That sounds — if it persisted longer than a few minutes — that it’s not an after image. That strikes me as odd — I’ve never seen that myself.