Western developers publishing mobile games in China may wind up with revenue shares that could be as low as 20 percent — or even 10 percent.

That’s the grim reality of taking your game to the world’s biggest mobile gaming market, based on panel discussions at the Casual Connect game conference in San Francisco. By comparison, they could have a 70 percent share by publishing in the West. But China’s upside could be big, because the market opportunity is astounding, with more than half a billion smartphones in the market.

In a panel with moderator Jeff Hilbert, a game agent and co-CEO of talent agency Digital Development Management, Chinese game publishers agreed that the revenue share from games published in China could be small because so many stakeholders take their cut. A platform company such as Apple or Google Android will take 30 percent off the top in the West. In China, Apple takes the same cut, as do any of the 300 or so app stores for Android in China. Licensors such as Marvel also take their share.

“The revenue share is 80 to 20, where 80 percent goes to others and 20 percent to the developer,” Denny Wu, the president of Reality Squared Games, during the panel. “The cut of the ap stores vary in China. And the local publisher takes a cut.”

Of course, each company will face a different negotiation on its own, and China is in a state of economic uncertainty, as the stock market has plunged and the government has devalued the yuan currency.

China is such a complicated market that a Western company has to enter it with a local Chinese partner. That’s a requirement of the Chinese government, which wants to encourage its own businesses. But that partner — which include publishers such as Spellgun/Talkweb, ZQGame, Reality Squared Games, Yodo1, iDreamSky, Tencent, and others — will have the relationships to navigate all of the app stores and distribution channels. 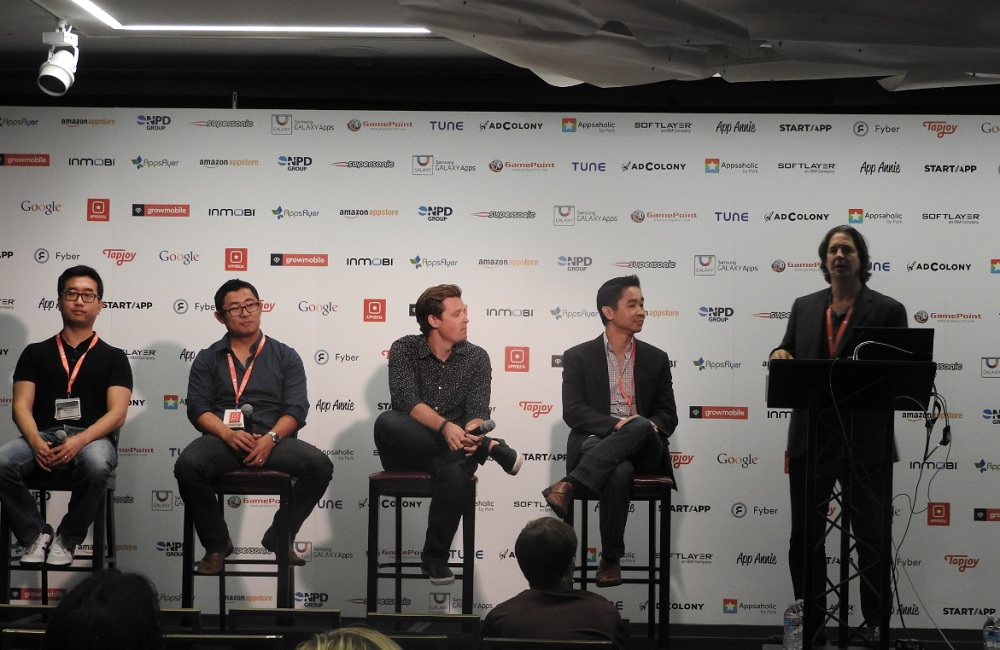 Above: China panel at Casual Connect: Jeff Hilbert of DDM is far right.

The Chinese publisher will handle tasks such as localization of the language and culturalization, such as reskinning the game’s art to fit Chinese tastes or adding a Chinese celebrity to the game to get some brand recognition.

The Chinese publisher can handle these tasks in part because development costs are so much lower in China. Because so much work is involved, the Chinese publisher also takes more risk and a bigger cut. And because they are taking risks, they prefer to go with established Western hits when importing games into China, said James Zhang, chief executive of Spellgun. That’s a San Francisco company which takes Western games and publishes them through Talkweb in China.

That’s where established Western developers have some leverage. You can bet that Supercell doesn’t surrender 80 percent of the value of Clash of Clans revenues in China. Chris DeWolfe, CEO of SGN (creator of Cookie Jam), said he believes that the revenue share is definitely better on better-known titles.

Still, it’s possible to take unrecognized games into China, particularly if a game has good key performance indicators, or signs of growth and monetization. Spellgun worked with Get Set Games of Toronto, Canada, to publish Storm Casters, a fantasy game, in China. Spellgun used properties from China’s Hunan TV to publish the game in China.

“We had to sign on a guy named Crazy Magic, the Sponge Bob of China,” said Zhang. “We said we put in this licensed character. Then it did very well. That was deep native localization.”

A Chinese publisher will more likely do this added development work itself, rather than advance money to a Western game developer, because its costs per project may be as low as $200,000, Zhang said. A Western developer might need $3 million to do the same job, but the Chinese publisher has access to cheaper development talent. 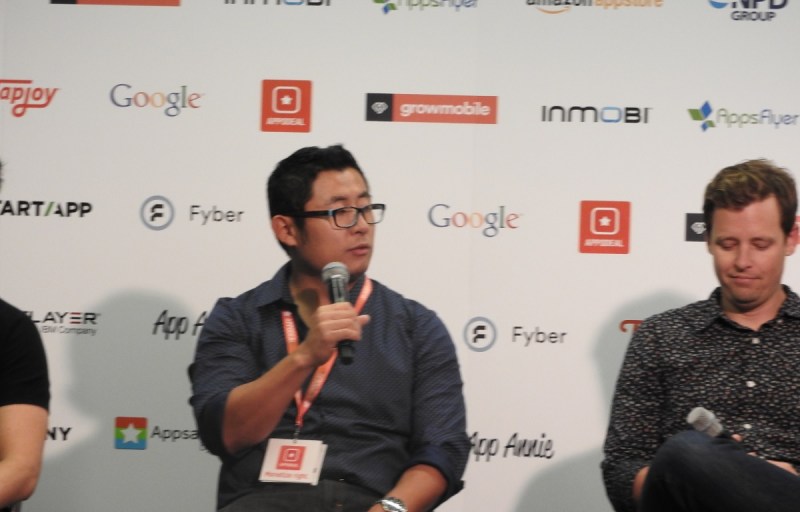 Above: James Zhang, CEO of Spellgun.

Hilbert said some of the problem in China is that the market is saturated with games. On top of that, Chinese tastes are very different. He noted that of the top grossing 50 games in China, only a handful were also top games in the West.

Games also have to meet with government approval in China, and the government may approve games only a couple of times a year, said Wu.

“It’s all about having relationships with particular channels,” said Mark Hill, the director of business investments and business development at China’s Perfect World. “Marketing is focused on big events and celebrity endorsements. There are not many ad networks you can buy into.”

Hill said that his company looks at the talent and leadership of an unknown game studio when considering publishing a game in China. Hilbert said feedback is important, and almost all of the game publishers will offer that feedback if asked.

Kabam’s Kevin Chou said in an interview with GamesBeat that he also sees the benefits outweighing the costs of doing business in China. Kabam is moving into the Chinese market with key partnerships such as Alibaba, Marvel, and Longtu. Two cofounders have also taken leadership positions at the company’s division in Beijing, where Kabam now has 200 employees.

“We think, right now, about growing the pie as big as possible,” Chou said. “The economics of a top 10 game are so vast compared to even a top 25 game, and certainly a top 100 game, that it’s much better to be top 10 or top 5 and top 3 and share some of the economics than it is to be top 100 and keep it all for yourself.” 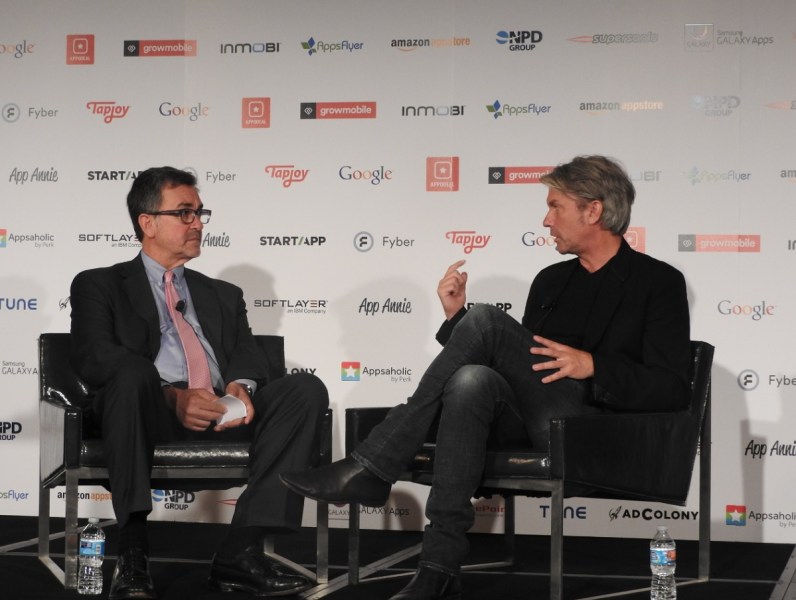 Above: Michael Pachter of Wedbush and Chris DeWolfe of SGN at Casual Connect.