Western Digital is driving forward with both its new SanDisk Professional storage brand and its WD Black brand for gamers. And the big storage company is also plowing ahead with both flash memory (in the form of solid state drives, or SSDs) and hard disk drives as it seeks to lead in the storage business.

The growth of the flash chip market continues at a breakneck pace, but hard drives are growing at a fast pace as well, said Rob Soderbery, the executive vice president at Western Digital, in an interview with GamesBeat.

“Both of these markets are growing fast. And we’ve ended up with two good businesses inside the company,” he said. “You’re going to see two big swim lanes here. I’m fired up and excited about flash because everything innovative is powered by flash.”

At a virtual Flash Perspective event today, Soderbery talked about the company’s efforts to expand its manufacturing and sales to stay ahead of the worldwide semiconductor shortage brought about by the pandemic and years of underinvesting. And he also unveiled the SanDisk Professional brand as well as new WD Black SSDs for gamers.

“More than 40% of the world’s information is stored on Western Digital products,” Soderbery said. “That’s just a staggering statistic. With nearly 500 exabytes in capacity, we’ll cross that number this year.”

Soderbery also unveiled an alliance with Percona integration of Zoned Name Space (ZNS) storage to support MySQL Server, and a new Universal Flash Storage (UFS) 3.1 platform — as it prepares for the next generation coming in its flash portfolio.

From mobile devices to connected vehicles to gaming to data centers, every market is growing in ways that demand more than just faster and greater capacities of flash memory. But key to capturing the opportunity is focusing on custom solutions for each market, Soderbery said. Formerly at Cisco, Soderbery was recruited eight months ago by David Goeckeler, another former Cisco executive who became CEO of Western Digital in March 2020.

Soderbery said that flash isn’t all the same, as the needs for a smartphone are very different from a modern vehicle, which is very different from what’s needed in the public cloud. Speed, capacity, endurance, form factor, power requirements, and environmental stability are all variables that change depending on the market in which these devices are used. Gamers in particular have come to relish the speed of SSDs over hard disk drives, as we saw in the launch of the new consoles, the Xbox Series X/S and the PlayStation 5.

He noted high demand for hard disk and SSDs among cryptocurrency fans thanks to storage-specific cryptocurrencies such as Chia, which uses proof of storage schemes instead of proof of work as Bitcoin uses.

Western Digital spent $18 billion on factories in the past decade, and it’s on its 10th generation of flash memory. Every flash manufacturer licenses tech from Western Digital.

“We keep growing capacity and driving down cost,” Soderbery said. “We supply essentially every major technology company in the world, and you can’t build you cannot build a public cloud without WD.” 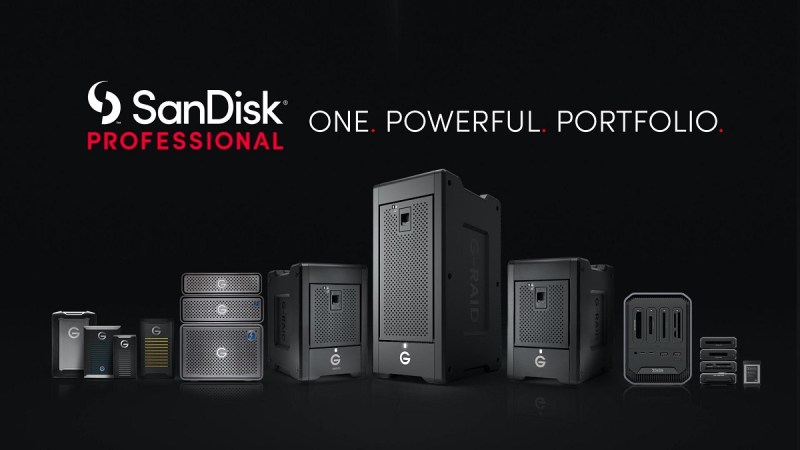 Above: The SanDisk Professional brand.

The new SanDisk Professional line features 16 modular workflow solutions with professional-grade performance and enterprise-class reliability that will include products like Pro-Cinema CFexpress VPG400, which can provide uninterrupted storage with video recording at 400 megabytes per second (MB/s). It also has four new Pro-Reader devices with USB-C interfaces to support SuperSpeed USB 10Gbs. It has a four-bay reader dubbed Pro-Dock 4, and a new four terabyte G-Drive SSD with enterprise features.

SanDisk Professional replaces brands like the G-Technology brand, which evolved from the company’s Apple products.

“We’re retargeting the whole thing at the professional users,” he said. “We’re moving up from prosumer to a square business target. In the datacenter, we’re announcing the relationships with Percona.” 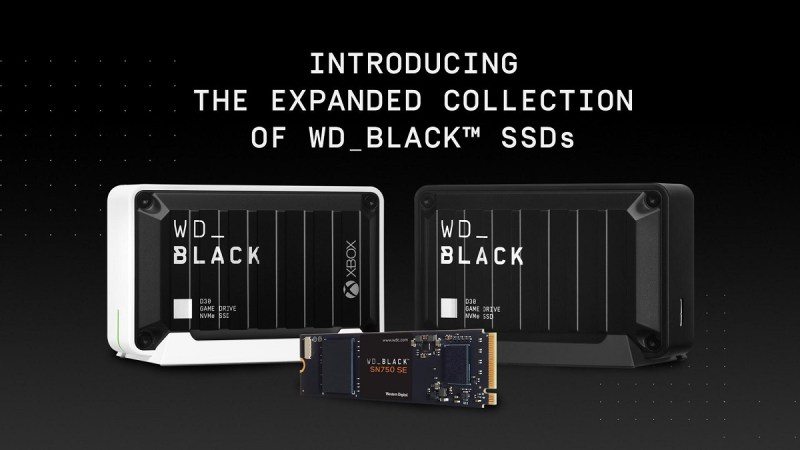 “Gaming is definitely a super hot, growing market,” he said. “A big part of what we want to do is be in the business of partnering with all of the innovators in the markets. That’s what we’ve tried to do in gaming.”

Flash in the form of SSDs has enabled games to seamlessly load scenes or cinematics for games, so you don’t suffer long delays when waiting for a scene to switch or for the game to transition from a cinematic video to a gameplay session.

The new WD Black products include the WD Black SN750 SE NVMe SSD, which targets enthusiast gamers on the desktop PC or laptops. It has PCIe Gen4 technology and storage for more games with read speeds of up to 3,600MB/s.

It also uses 30% less power than its predecessor, so laptop gamers can expect longer playtimes between charges. The included WD Black Dashboard monitors the drive’s health while optimizing peak performance in gaming mode even during streaming. The drive comes in 250GB, 500GB, and 1TB capacities starting at $55 in the United States. It is now available for pre-order from the Western Digital Store and will be available at select Western Digital retailers, resellers and system integrators in the summer.

It’s also launching WD Black D30 Game Drive SSD for PlayStation 4 and PlayStation 5 console gamers looking to minimize game load times and get into the game fast with a compact high-performance SSD comes with read speeds up to 900 MB/s. It has storage for up to 50 games with the capacities up to 2TB. The drive has a detachable stand for placement next to a console. It comes in 500GB, 1TB, and 2TB capacities starting at $90 in the U.S. It is now available for purchase at select Western Digital retailers, resellers, system integrators, and the Western Digital Store. The PS5 games archived on a drive must be transferred to the console before playing.

A version for the Xbox can store Xbox One games as well as Xbox Series X games. It starts at $100. That one will be available in June. Included with purchase is a one-month membership of Xbox Game Pass Ultimate with access to 100-plus games on consoles and PC, plus online console multiplayer.

“We’ve worked with the console makers to really optimize the performance,” Soderbery said. 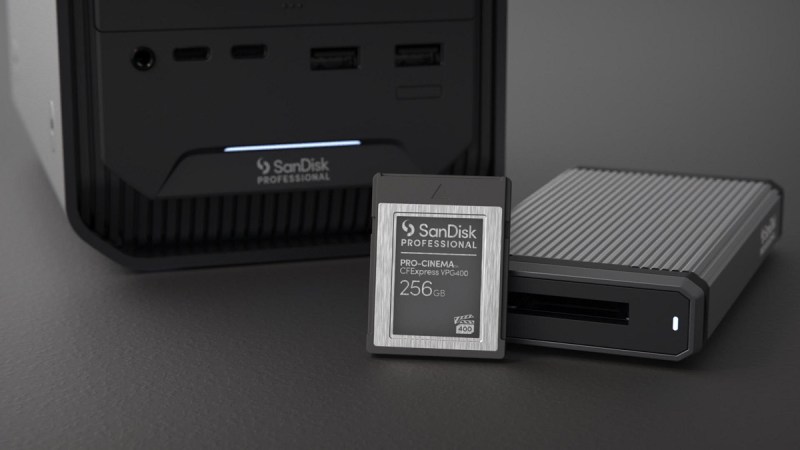 Above: SanDisk Professional is for creative professionals.

Western Digital also announced its new embedded flash platform for Universal Flash Storage (UFS) 3.1 to enable new applications in mobile, automotive, IoT, AR/VR, drones, and other emerging segments. It is based on the JEDEC-compliant UFS 3.1 specification, and it provides the speed, reliability, and feature versatility that customers count on to build small, thin and lightweight solutions.

The new platform is expected to deliver up to 90% improvement in sequential write performance, compared to its previous generation. This improvement will help realize 5G and Wi-Fi 6 download speed potential, delivering a better experience when consuming rich media files such as 8K video, as well as improved performance for applications such as burst mode photography.

Western Digital has developed products based on this platform, starting with its new family for mobile and consumer applications, and is working with its hardware ecosystem partners to enable it on their upcoming solutions. The company expects to deliver products to market in the second half of 2021.

The shortage of chips hasn’t affected the gaming products, Soderbery said. But in the embedded storage market, it is a constraint, he said.

Soderbery said the company is unique compared to rivals by having hard disk drives and flash memory chips together in one company. Western Digital bought SanDisk in 2016.