I keep trying out new virtual reality apps on family members using the HTC Vive Pre. And the latest to catch our attention was TheBlu: Encounter, an undersea VR experience from Wevr.

This kind of VR experience fits in the virtual tourism realm, where you can go someplace in an animated virtual environment that you’re not likely to be able to go to in real life. It’s one of the categories that promises to establish the market for virtual reality, which tech adviser Digi-Capital predicts will be a $30 billion market by 2020.

VR is a new frontier, and we’re at the very beginning of it. Dozens of apps are coming, and some of them will truly make you feel like you are somewhere else. The Oculus Rift launched today on the PC, and the HTC Vive is coming in the first week of April. 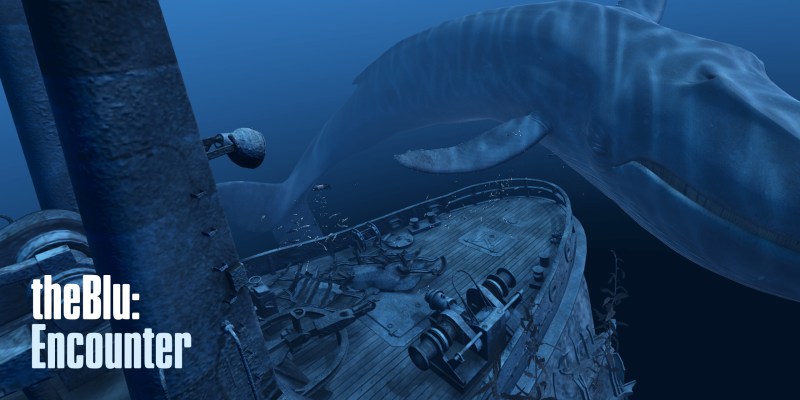 Wevr’s TheBlu was an ideal app to introduce my 12-year-old daughter and 10-year-old nephew to VR on the PC. TheBlu transports you to the deck of a sunken ship in the middle of the ocean. You start out in the darkened water, and slowly your eyes adjust to what’s around you. Fish swim by, producing ripples in the water. Little objects float in your field of view. You can walk around in the 10 feet by 10 feet “room scale” environment that the Vive creates. But in this demo, you’re pretty much just turning around in a 360-degree space.

Eventually, you see an 80-foot-long blue whale, coming up gently alongside the sunken ship. This is the largest creature on the planet, and you can feel what it’s like to come face to face with it. The whale’s eye is about as big as your head, and the size of the beast is overwhelming. The demo is smooth, running at a full 90 frames per second. You can hear sounds from the whale and the sound of moving water. You really start to feel like you are underwater.

You can crouch down and look at the wooden deck of the ship, or peer at other objects in front of you, getting as close as you want. It gives you a perspective that you’ve never had before. For now, that’s about all you can do. My 10-year-old nephew was not impressed, as he wanted to know if you could shoot the fish. But I got a wow out of everyone else who tried it.

Working with the Vive 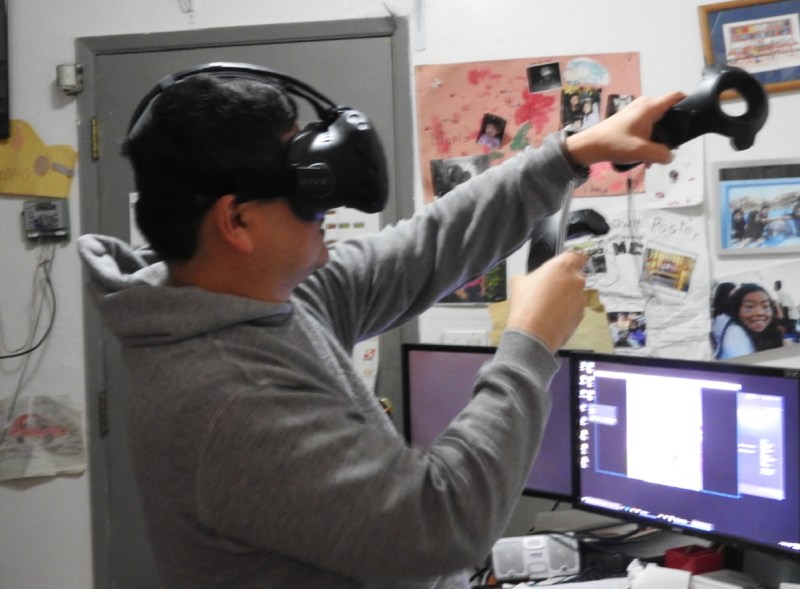 Above: Experiencing the HTC Vive Pre.

Experiences and full games like this one aren’t yet final, but they’re available under Valve’s SteamVR demos on the Steam digital-distribution store. Valve created SteamVR as a platform, and HTC is building the Vive VR headset. The headset debuts for $799, not counting the cost of a PC. The first units are expected to ship next week.

The system included an Intel Core i5-4590 CPU running at 3.3 gigahertz, Windows 10 Pro, and 8GB of main memory. It also had an Nvidia GeForce GTX 980 Ti graphics card with 6GB of video memory. That’s the recommended system that you need in order to run a PC-based VR headset like the Vive or its rival, the Oculus Rift. When you fire up SteamVR, some indicators tell you in green if the system’s components are all working properly. Then, you go into your Steam library to select VR titles to play.