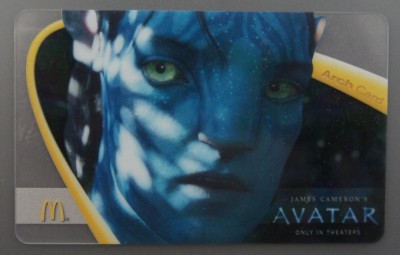 Corey Bridges explains how the change of strategy towards social network integration at this time was made difficult by differing opinions held within the company. “There was the core Multiverse team that saw opportunities to change our strategy, but our board of directors did not agree. Despite their impressive business acumen, the board didn’t have any experience in the video game industry, so they couldn’t accurately evaluate what was happening, or how to adjust”.

The final major project announced by Multiverse appeared in 2009, and again had strong Hollywood ties. The company produced two casual web-based experiences based on the James Cameron film Avatar. These utilized a technology called ‘Remix’, developed by Multiverse, which allowed for simple and inexpensive repurposing of film assets, for use in other mainstream media. Bridges is proud of this project, highlighting the fact that “our AVATAR game for McDonald’s won them a REGGIE Award from the Promotion Marketing Association.”

The Multiverse platform itself remained in an unfinished state in 2009, and many of those developers who had come close to full launch realised they had to move on and find an alternative platform. Patrick Hamilton initially took development of his game, Force of Arms,  to Hero Cloud, a development solution that takes 30% revenue from commercially launched games.

Hamilton has now put development of his MMO on hold though, to focus on making a Force of Arms Facebook app. Likewise, Adrian Wright has also redirected Max Gaming’s resources in other directions: “I think as long as the recession is going on it’s harder for indie MMOs to get finished to conclusion. We currently are focusing more on the Mobile platform while we decide what the right time will be for us to get back into the MMO game.”

With financial concerns coming to a head, and funding running out, Multiverse finally ceased trading in December 2011. “It’s a bittersweet moment, shutting down Multiverse.” says Corey Bridges. “ Obviously, the bitter part is closing the doors. All of us, the whole Multiverse team, fought and bled and worked like hell for years, trying to make the company a success for the employees and investors. But even though the company didn’t grow to be the world-beater that we meant it to be, we can look back on what we accomplished with a lot of pride. We built an amazing technology platform. Even now, it still can handle greater concurrency numbers–thousands per server–than any other competitor. We built some amazing games that were translated into 17 different languages and launched worldwide.” 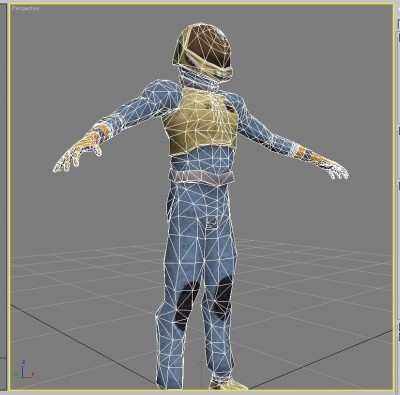 Bridges calms any concerns about the future prospects of Multiverse employees affected by the closure, saying that “Everyone who was employed at Multiverse has employment elsewhere now. We employed top-notch people, so they were snatched up pretty quickly. As for the number of employees at the end, it was less than a dozen.” As for Bridges himself, he has started a new gaming venture with some core members of the Multiverse team. Bridges says “We’ll probably have our “first playable” prototype game in about a month and a half. We’re not using the Multiverse code or any of its corporate assets, but we’re certainly leveraging the experience and expertise that we gained during that time.” He notes that, as CEO of this team, he will be “keeping us laser-focused on short development cycles” and adds ”we’re integrating social media and mobile devices into our plans from the very smart”, which certainly sounds like a smart move.

The closure of the company is not the end of the story for the Multiverse platform however. With talk of the technology still being relevant, it should perhaps come as no surprise that it appears to have a future, as an open-source project.

Tristan Bacon, Director of Communications for the recently formed Multiverse Foundation, explains how this came about: “I found Multiverse via an article on an MMO website and got myself all excited once I read through the Multiverse website. However, I got to the forums and found a rather empty, yet incredibly spammed site filled with adverts for GHD hair straighteners and handbags. I looked around for a bit, and found that there was a very small group of people still living there, and that’s when I found out the Platform hadn’t been worked on for the past 3-4 years.”

After spending some considerable time researching the platform, Bacon approached Bill Turpin, who gave his approval for Bacon to take over the running of the Multiverse community. Talk then moved to the possibility of opening up the source code of the platform to developers, and “after a few months of discussions Bill agreed to release the entire platform under the MIT license, which was fantastic. We agreed that in September, and the code was officially release in mid-October. It wasn’t until Shane Fischer, now the Head of Foundation Development, had the grand idea of becoming a non-profit, that we started making things more official.”

Bacon has a bold vision for the future of Multiverse as an open source platform, “I want the Multiverse Platform to be the best free option out there, because engines like HeroEngine and RealmCrafter take a percentage of your revenue (assuming you make any). Originally, that was what Multiverse Inc. did, but our aim is to make everything free, and make sure the developers aren’t shelling out on expensive 3rd party tools.”

Multiverse Foundation has begun negotiations with third party companies, to secure discounts for Multiverse developers. Bacon has already agreed a deal with web server hosts Vanquish VPS, and he is in discussion with smaller software providers to get similar deals in place.

Bacon is very positive about Multiverse’s future, and speaking to other key players in the story, there is a consensus of opinion that he is right to feel that way.

Corey Bridges states “I’m thrilled that Multiverse can continue as an open source project. It was always our promise to our developer customers that if we went out of business, we’d open-source the code. I think it can certainly thrive and grow. It still has relevance, and it’s unique in its flexibility.” Adrian Wright is also of the same opinion: “I think the platform will grow as an open source project. There are still many passionate developers on Multiverse, who now can work together to take the platform into the future.” 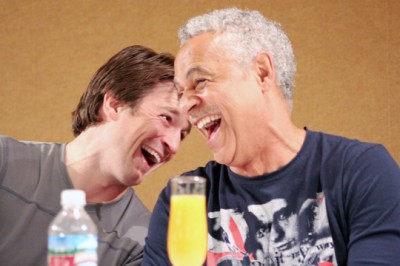 It is impossible to talk about the future of Multiverse without addressing the future of the Firefly MMO as well. Since the closure of Multiverse Network in December there has been much speculation as to what will happen next with this project. Tristan Bacon states that the Multiverse Foundation is “looking at the possibility of beginning work on the FireFly MMO” but has “not come to any official decisions.” Bacon says “we are in the process of contacting Fox and Mutant Enemy Productions to see if it is even possible, before proceeding with any development or even planning.”

There is one other development team that has been pursuing the idea of a Firefly MMO. Headed by Carl Redl, the fan led team known as Dark Cryo, numbering around 200, has apparently been building assets, and has announced its intention to pursue official endorsement. Beyond that, there have been few official announcements regarding their project.

Despite this wealth of interest in the Firefly MMO, and rumours to the contrary, Bridges assures me that  “no content–either planning documents or concept art or source code–is being open-sourced or transferred to anyone. The open-source Multiverse project has no more access to that intellectual property, or ability to secure the rights, than any other game company.” He notes that the rights to both the Buffy and Firefly MMOs have now reverted to Fox.

Whatever the outcome of the Firefly saga, Bridges reiterates his passion for the show, stating that “as a Firefly fan, I would love to see that game made.”

The Multiverse story is a complex one, which started with a bold idea to empower independent developers, and might have ended seven years later with the closure of the company. Hearing the enthusiasm that the Multiverse Foundation has for taking the project forward though, I would be surprised if there aren’t a few more chapters in the Multiverse story yet to be told.