Nintendo has unveiled its new gaming system, and we can now answer many of your questions.

The publisher held a pair of events on Thursday and Friday to detail the Nintendo Switch and its games. It’s coming out in less than 50 days, and it will cost you about the same as PlayStation 4 or Xbox One. But we’ve gathered up all of that information and more for you below. Here’s everything you need to know about the Switch.

Nintendo Switch is a hybrid home/handheld console that enables you to play games on the television or on the unit itself using its built-in display. You can also remove the edge controllers of the system, called Joy-Cons, and use those as two individual gamepads along with the screen set up on its kickstand. These three modes of play all run the same games with only minor differences.

Here’s a rundown of basic info about the Switch:

Price: $300
Release date: March 3, 2017
Where to buy: Up for preorder now at stores like Amazon, Best Buy, Target, and more.
Game prices: $60 for a new game
Online service: Nintendo Switch Online is required for online mutliplayer. The service will launch in full this fall, and it will require an unspecified monthly fee.
Backward compatibility: Your Wii U games will not work on the Switch.

Display: 720p 6.2 inches
Battery life: 2.5 to six hours depending on the game (Zelda will drain the battery after three hours)
Processor: Nvidia Tegra system-on-a-chip
Media: Game cards
Storage: 32GB built-in, expandable up to 256GB using SD cards.
In the box: Tablet, dock, left Joy-Con, right Joy-Con, Joy-Con grip, charging cable, HDMI cable, and two Joy-Con strap accessories.
Pack-in game: The $300 Switch configuration will not include a game.
Motion controls: The Joy-Cons include sensors for tracking motion and infrared sensors for sensing shapes. For example, it can detect when your hand is making a paper, rock, or scissors gesture.

How powerful is it?

Nintendo still hasn’t shared specifics about the processing capabilities of the Switch. But it can’t stop us from looking at the games and judging for ourselves. The verdict so far? Nintendo Switch is at least marginally more powerful than a Wii U.

We don’t have a lot of footage or experience to go on. Real-world tests cannot begin until we at least get a review unit in. But based on what Nintendo has shown so far, we already know that Mario Kart 8 Deluxe — an updated version of the Wii U game — will run at a higher resolution on Switch than it did on Wii U when it is in docked mode.

When you undock and play Mario Kart 8 Deluxe in handheld mode, the system underclocks its processor to save battery life and renders the game at 720p. That’s equivalent to how the game ran on Wii U. This likely means the system isn’t as powerful as an Xbox One or PlayStation 4, but 2K Games is still going to bring its visually impressive NBA 2K series to the system starting with NBA 2K18 later this year.

We’ve already collected all of the trailers and game announcements from Nintendo’s Switch presentation, but let’s cover some highlights here. It’s looking like a light first year … unless you like Nintendo games.

If you want a Switch to play Zelda and Mario, then this system may have you covered.

When the Switch launches March 3, the next entry in the Zelda franchise will accompany it. Breath of the Wild is an open-world adventure that looks more alive and dynamic than any Zelda before it. This game will also hit the Wii U, and playing it on that platform is a viable option. But a new Zelda is also a great way to justify spending $300 on a new console. Or, at least, I hope it is.

After Zelda, Nintendo will launch Mario Kart 8 Deluxe in April and then Splatoon 2 in the summer, but Super Mario Odyssey was the only game that could match Zelda in terms of fan anticipation at the Switch reveal.

This game is going to give players Mario 64-style sandbox levels to explore. You’ll visit a realistic metropolis called New Donk City, a Latin American town, and more while fighting a version of Bowser who is decked out in a white tuxedo and top hat. Yes, it’s as incredible as it sounds. 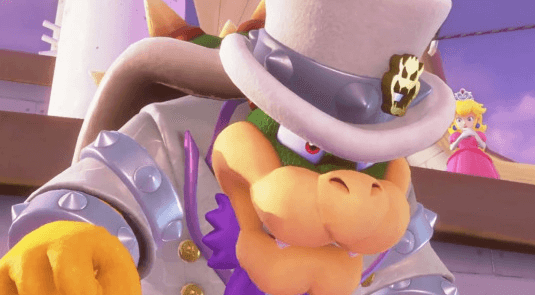 Above: Dictators are always fashionable.

Finally, at least for this roundup, Nintendo is going to launch with 1-2 Switch. This is a minigame collection that takes advantage of the system’s motion controls. Unlike Wii Sports or other Wii games, 1-2 Switch players look at each other (and listen for audio cues) instead of looking at the screen. The publisher is positioning this as a party game, but we’ll see if it can re-create the magic of those early Wii hits.

Should you buy Nintendo Switch?

At $300, the Switch isn’t an impulse purchase. And you should wait and see if games like Zelda, 1-2 Switch, and others live up to the their potential before committing to a purchase.

At the same time, it’s likely that the Switch will sell out through those first few days. So if you’re on the fence, you may not have a choice to purchase one for a while. But even with that in mind, I think you should probably wait.

That said, every single member of the GamesBeat team has preordered one. Some of us likely are doing that for work, but I know that I’d get one even if I were an orthodontist. Take that for whatever you think it’s worth.