Nintendo has a new console coming in March, and it is running on some familiar hardware. This could give us some idea of what to expect from the new system.

When Nintendo unveiled the Switch on Thursday, Nvidia also came out and revealed it is working on the hybrid home/handheld console. The new dedicated gaming device features a custom Tegra processor, which is the same family of chips that are in the Nvidia Shield tablet and Shield console. This chip is nearly as powerful as the standard Xbox One. It can run high-definition last-gen games, like Portal, at 1080p and 60 frames per second. And the games Nintendo showed off in the Switch debut trailer definitely looked that beautiful. An updated, custom version of the Tegra could likely handle games like Civilization VI or even Doom 2016. We can speculate that the Switch can handle beefy games because the Tegra X1 that is in Nvidia products already can.

Because Nintendo is using an established Nvidia processor (or possibly the next-generation Pascal version of that chip), the existing Shield products could potentially give us an idea of special features the Switch could have.

For now, Nintendo is staying quiet. It launched that debut trailer that gives everyone an idea of how the system will interface with your day-to-day gaming life. The publisher has said it’s not giving any more details until 2017. So it won’t tell fans about features like the media capabilities, video broadcasting, and game streaming. But Nvidia has already built all of those features for its Tegra hardware, and Nintendo could incorporate all of it with little effort. And I think that it might.

Let’s start with something that the Switch is likely to feature, and that’s emulation of older Nintendo hardware. The company has had its Virtual Console games on multiple systems now, and it will probably want to find ways to continue selling you those games going forward.

As it turns out, developers have already done a lot of the work to bring NES, SNES, and N64 emulators to Android devices and the Shield in particular. Even the Shield tablet, which uses the aging Tegra K1, can handle these games without issue. Nintendo could either design its own emulators or license one from an indie team. And with the Vulkan graphics APIs (the latest generation visual library that is enabling a boost in performance for games like Doom on PC) and a more powerful Tegra chip, Nintendo could potentially emulate GameCube and Wii games on the Switch as well. Wii U emulation seems unlikely, but Nintendo would probably want to port those games and sell them at $60 again to recoup some of the investment it made in that system anyhow. 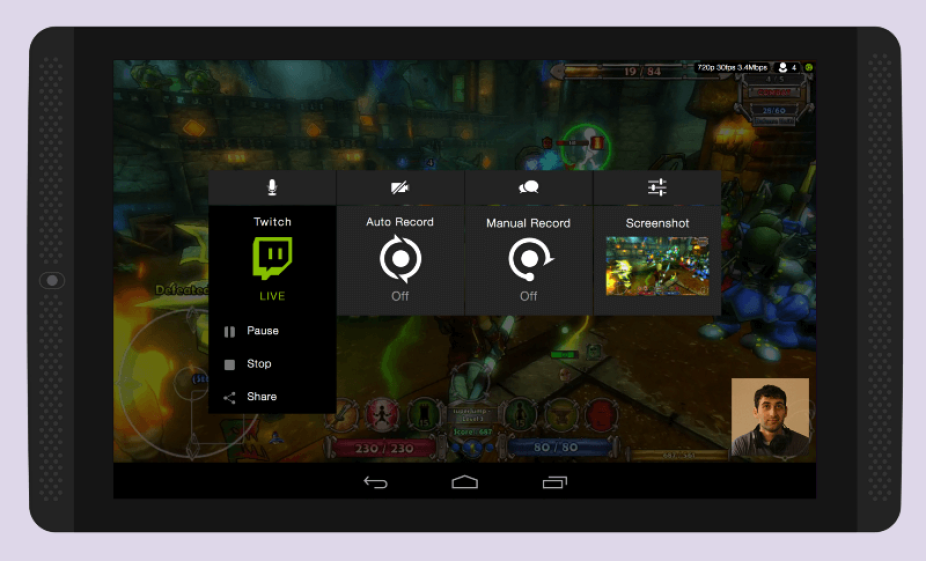 PlayStation 4 and Xbox One both have game DVR features baked right into the system. With a few button presses, you can record the last few minutes of action or you can setup a livestream to a service like Twitch or YouTube. Nintendo has never had anything like this, and it would probably want to build it for itself. Only it shouldn’t have to, since Nvidia has already developed recording, streaming, and screenshot sharing for the Tegra. On the Shield tablet and console, players can hold down a button to bring up the Nvidia Share menu. It is similar to ShadowPlay that Nvidia GPU owners on PC can use to record livestream their gameplay.

The work is already done here for Nintendo. I’m sure the publisher will want to add its own spin on it and enable people to broadcast through their Nintendo accounts or something along those lines, but the point is that the Switch could easily have robust video-recording features.

While I think it’s likely that Switch will emulate older Nintendo systems and enable livestreaming, the Shield has one feature that the Switch probably won’t get: game streaming from the cloud or over a home network.

Right now, Shield owners can use the system to play the latest blockbuster releases by streaming the game directly from their PCs. Nvidia video cards can beam out games over a Wi-Fi network to the Tegra chip. Nvidia also has the GeForce Now cloud-streaming service. Nintendo could implement versions of both of those capabilities into the Switch. It almost certainly won’t, but not because it would require a lot of work. Again, Nvidia already has these features up and running on the Tegra. The only reason the Switch wouldn’t have game streaming is because Nintendo doesn’t want it.

Finally, Nvidia’s Tegra products are all already highly capable machines for watching movies and television. The Shield microconsole, for example, can handle 4K streaming over the internet from services like Netflix. Apps like Hulu, Amazon Video, and Netflix already work on this hardware, and it wouldn’t take a lot of work to get them ported to the Switch.

As we move into 2017 and approach the March release of Switch, we’ll likely get a lot more information about this device from Nintendo. I’m betting we’ll learn about the new Virtual Console, watching movies and television, and gameplay recording. We probably won’t learn about game streaming, but then again Nintendo will also have to reveal the price and convince consumers of the Switch’s value. And every feature will help in that perception battle.

Hopefully, we’ll also learn more about the Tegra chip inside the Switch itself. Rumors claims the Switch devkits that a lot of studios have right now use the X1 chip that is in the Shield console. That is a last-generation Maxwell chip, which is a bummer because Nvidia’s new 16nm Pascal architecture that is featured in the GeForce GTX 1080 and and 1070 are far more power efficient. That would help with battery life. For now, however, the Shield gives us a strong starting point for speculation — and it foretells a system that can do a whole lot more than just entertain a rooftop party.