Electronic Arts really went to town with the marketing of its action-adventure title Dante’s Inferno back in 2009. In a PR double-hitter, the game company managed to cause offense on both religious and misogynistic grounds.

In part one, it organised a fake religious protest outside the E3 video game conference against its own game, fooling almost no one but offending some Christian bloggers.

“Instead of engaging in a shamelessly anti-Christian stunt to promote your poor excuse of a product, maybe you ought to work on making this game, you know, something better than a blatant God of War rip-off,” said Catholic Video Gamers’ Andy Kirchoff. 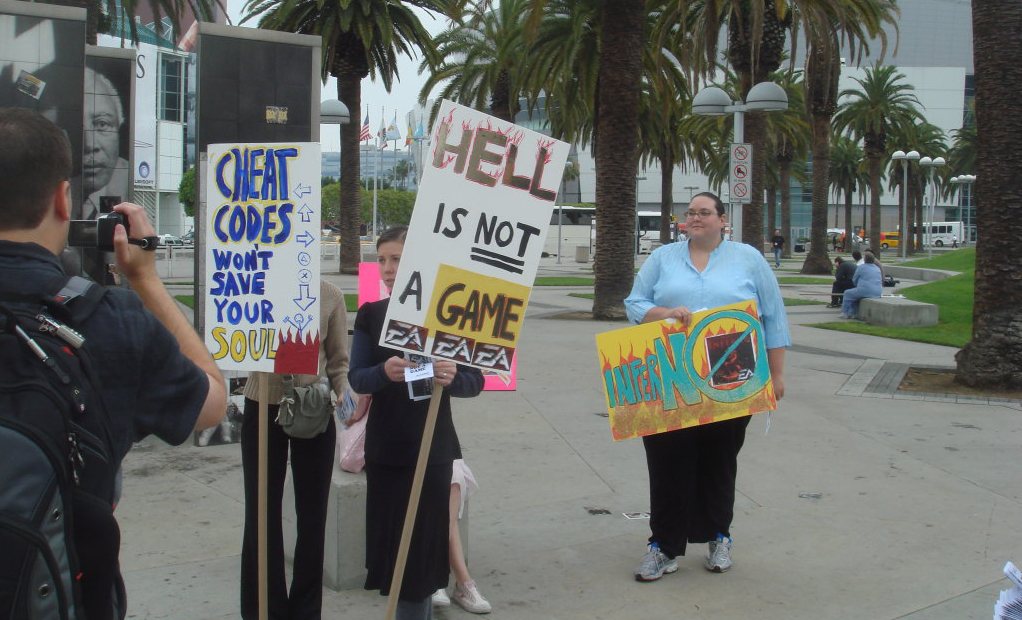 Above: EA organized a fake religious protest against Dante’s Inferno.

Part two saw the company encourage Comic-Con attendees to “commit acts of lust” by taking photos with as many booth babes as they could in order to win a “sinful night with two hot girls.”

EA later issued an apology for its “choice of wording.”

6) Balloons in the Bay 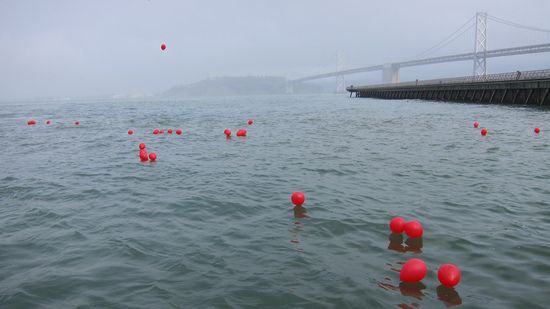 Above: Hundreds of Homefront’s balloons landed in San Francisco Bay.

Bay Area residents, under the impression that GameStop was responsible, weren’t best pleased and took to Twitter to make their point.

The water quality control board fined marketing firm TrashTalkFCM $7,000 for the incident.

Above: Comedian Emily Heller reacting to the Homefront balloons released in San Francisco.

These are sensitive times, and terrorist threats are a real and genuine concern. So when a reporter at Australian news site Ninemsn took unsolicited delivery of a black safe that started beeping, it naturally raised alarm.

Four police cars and a police rescue van turned up at Ninemsn’s offices during the May 2014 incident. Police evacuated the staff and took the safe to the basement.

When they scanned the safe and forced it open they found two copies of the Ubisoft game Watch Dogs, two promotional hats, and a note about the review embargo. 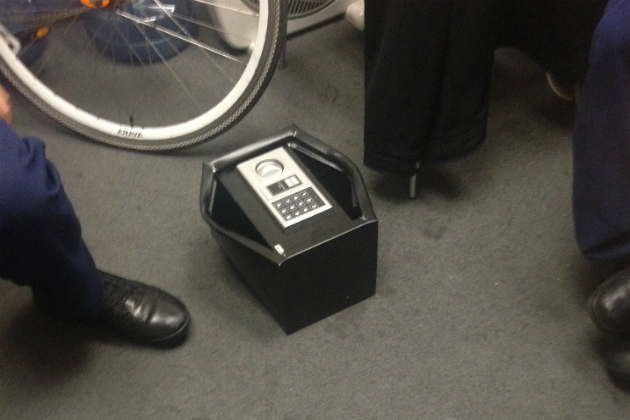 Above: The “bomb” contained two games, two hats, and a note.

Capcom promoted its survival-horror game Resident Evil 5 by hiding fake dismembered body parts around London in March 2009, offering a trip to Africa to whoever found the most. It even covered the limbs in chicken liver to make them look more realistic.

The problem came after Capcom announced the winner and reps went to collect up the gory props. A head, two torsos, and six limbs were missing.

“The body parts are very realistic and we don’t want people to be alarmed by them,” said a statement from Capcom. “They’ve all been taken from their original positions, but we now have no idea where they are.”

9) The advertising of the dead

Publisher Acclaim Entertainment announced a controversial plan to promote its 2002 action-horror title Shadowman 2 by buying advertising space on the gravestones of the recently deceased. It said the offer might particularly appeal to “poorer families” in need of a subsidy to cover burial costs.

The story made the national press in the U.K., and a Church of England spokesman told the Guardian newspaper that it would not allow anyone to use its graveyards for advertising, saying “there was enough fuss with plastic flowers in churchyards.”

I found no record of the so-called “deadvertising” plan actually going ahead. 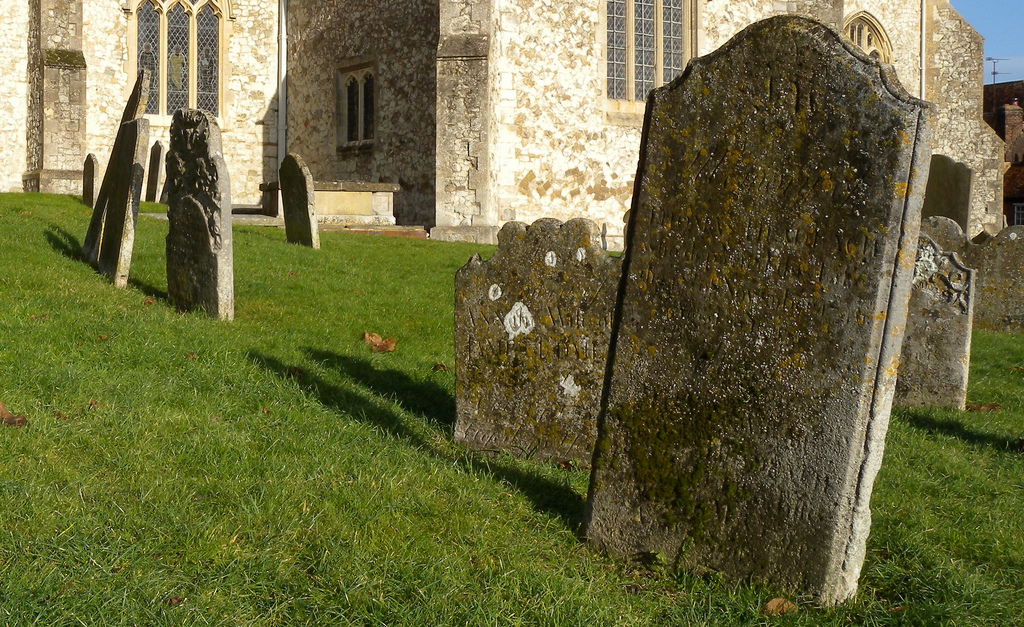 Above: Acclaim wanted to buy advertising space on gravestones for Shadowman 2.

Electronic Arts sent out brass knuckles to game journalists as part of its promotional kit for The Godfather II back in 2009. Gaming site Game Politics broke the story, pointing out that these are actually illegal items in its state, Pennsylvania.

Not long after, EA employees started phoning round asking these same journalists to send the brass knuckles back. “I hope you’re enjoying our Godfather II press kit, including the novelty brass knuckles,” went the official line. “To help you take proper care to dispose of the item, we’re sending you a pre-paid shipping package.” 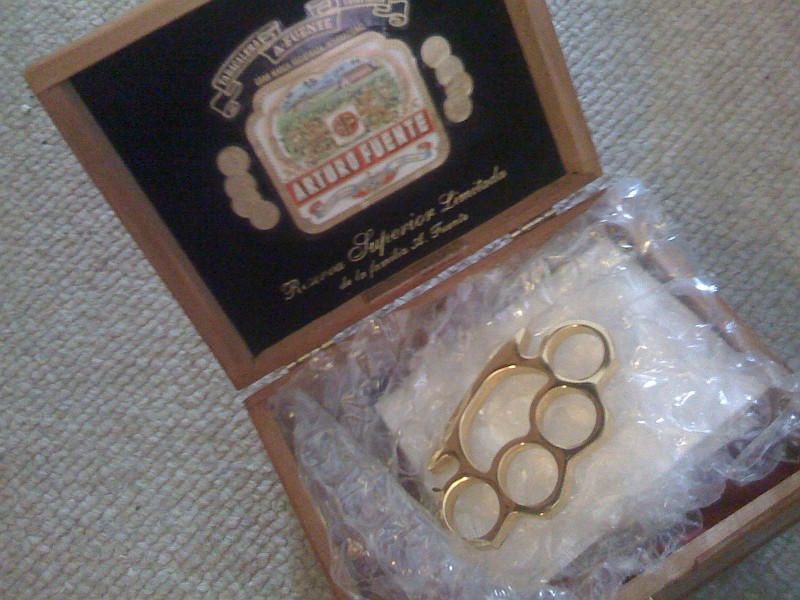 Above: EA shipped these brass knuckles out to journalists.

Prior to the 2002 U.K. launch of PlayStation 2 racing game Burnout 2: Point of Impact, publisher Acclaim announced it would reimburse the fine accrued by any driver caught speeding on release day.

The U.K. government wasn’t impressed by the plan. “Basically, they are encouraging people to speed and to break the law,” said a spokesman for the Department of Transport. “I just hope for their sakes that none of these people ends up knocking down a child.”

The plan was cancelled before Burnout 2’s release.

Mobile gaming giant Zynga got in trouble back in 2010 when advertising for its crime game Mafia Wars was found plastered all over the streets of San Francisco. Fake $25,000 bills were literally stuck to the sidewalks and Deputy City Attorney Alex Tse cited this as a case of “sidewalk vandalism.” 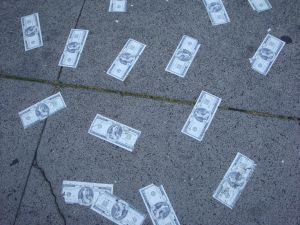 Above: Fake notes glued to the sidewalk promoting Mafia Wars.

Advertising agency Davis Elen Advertising eventually took the rap for the stunt, paying a fine of $45,000 for “illegal and actionable” acts.