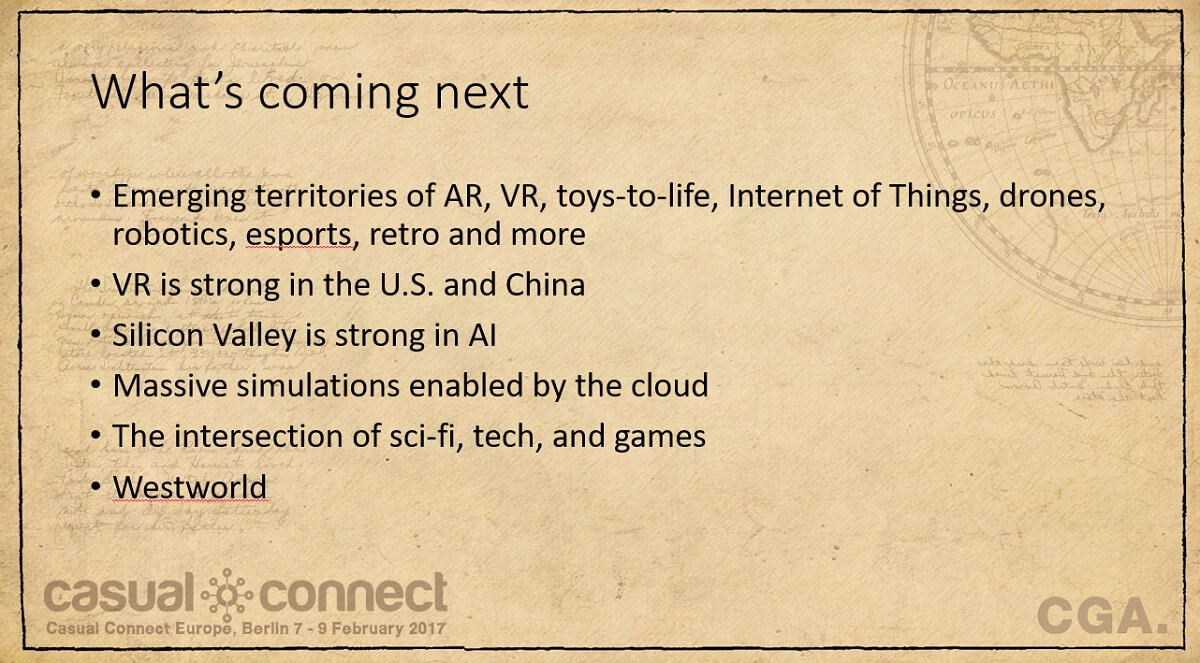 Above: What’s coming next for games?

What’s coming next? I do think AI is moving along fast. It’s going to create lots of impact in the game industry. Our GamesBeat Summit 2017 event is about the inspiration cycle between real-world technology like AI, science fiction, and video games. The proximity of all those AI people to Silicon Valley will turn into an advantage. It’s an advantage for Canada as well.

When I was counting companies, the map of the world might look something like this, which is interesting. Here are some new regions. It was interesting to find in the course of this research that Iran has 150 game companies with 2,500 developers. Lithuania has 30 companies and 200 employees. I’d love for somebody to go around and count all this so I don’t have to, and then visualize them for me on a map.

What really matters are franchises

If you think of all your favorite characters around the game industry, put them on the globe, and stick them in the places where they were created, you get something that I think really matters. You have to create franchises that last for generations, like Disney or Nintendo. When you create something like that, it has a lasting effect. It creates thousands of jobs, which is ultimately what you want to get to. 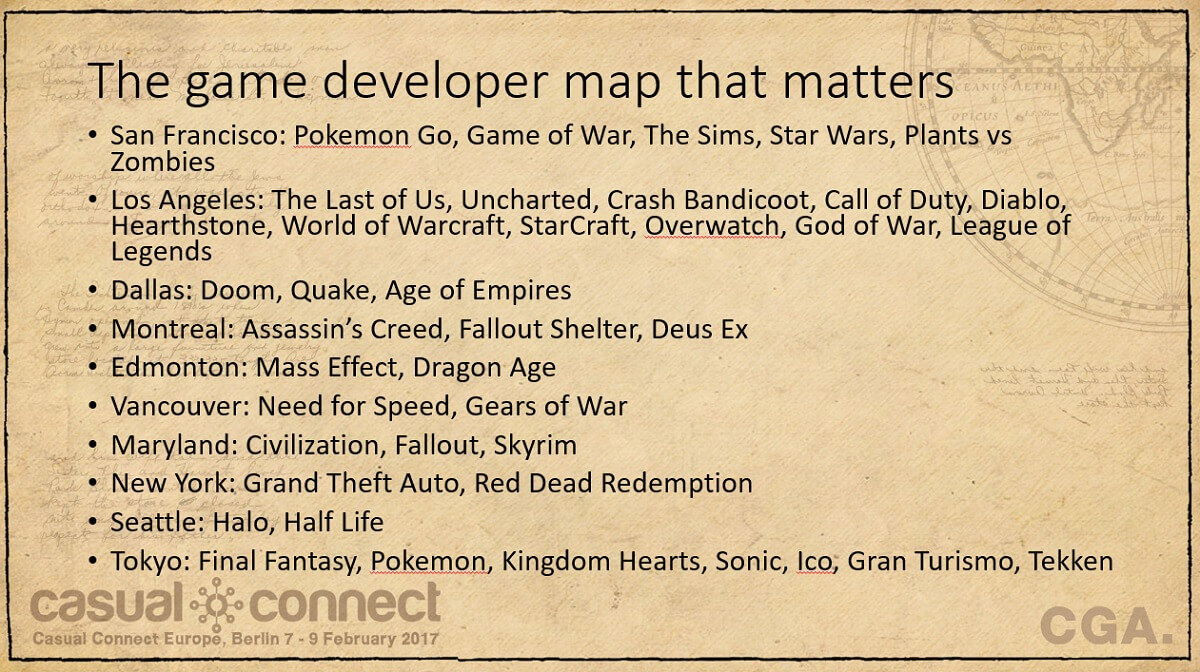 Above: Top game franchises by region.

Los Angeles is doing pretty well. It has a good share of all the great franchises in the gaming world, and it can exploit Hollywood talent. It has huge companies like Disney and Warner Bros. that can consolidate talent and intellectual property. If someone took this and counted all the revenues generated by these games, you’d have another interesting answer as to who has the strongest game industry. There are all kinds of interesting ways to create a scorecard that could make your region look good. Moscow and Honolulu – that’s Tetris. 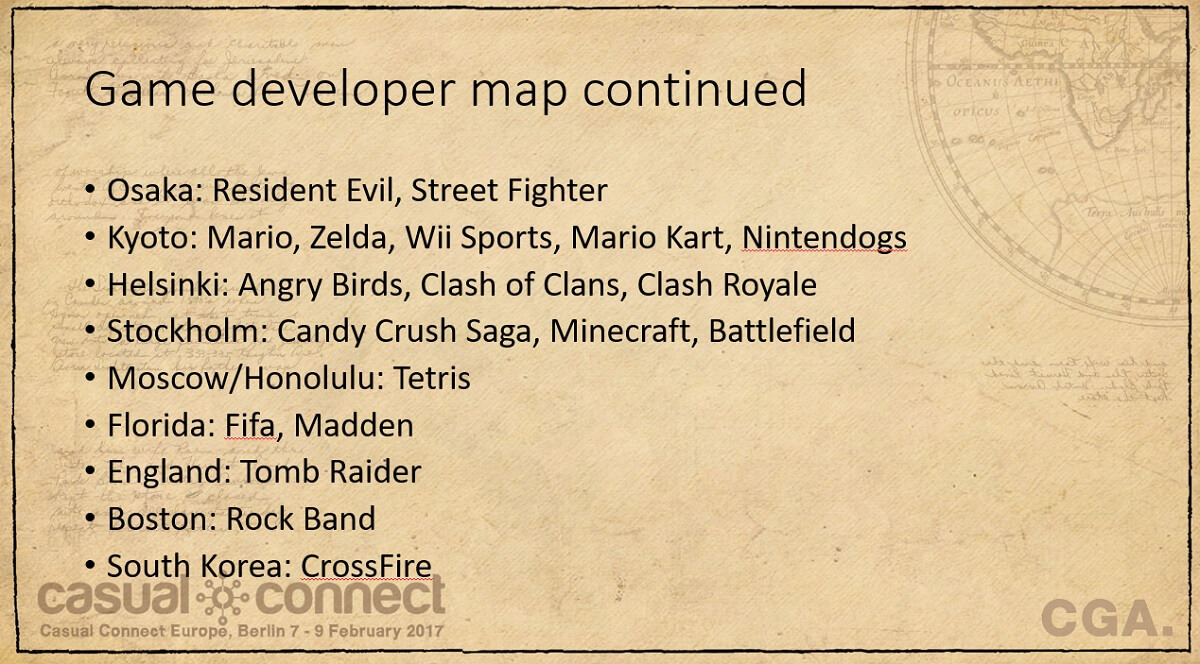 As I say, this work isn’t done, but it’s an interesting question to ask. Where are games now? Where are game jobs? Where are they going to be? You can’t just think about building a company. You have to think of building your region. When you think about your region, you can’t just count the number of jobs or the number of game companies. You have to look at whether you have franchises in the making that are going to last for generations.

Cost isn’t the only advantage. You can create a hub that includes a lot more than just games. Silicon Valley has everything tech. Los Angeles has Hollywood and entertainment. All of those things are important. Government support can be wonderful. Incubators can generate lots of startups.

The support network for game companies doesn’t really exist across the entire nation in the U.S. Maybe that helps explain why the number of jobs in the U.S. is going down, because there is no strategy for the country to hold on to its jobs. Taking that for granted in any region is a shame.

If you start doing some of these things, your region can help games take over the world. That’s my conclusion so far. Thank you.