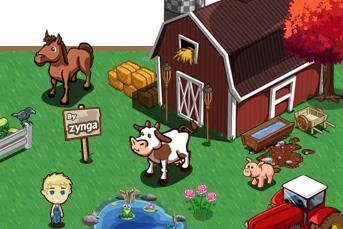 Following through on a plan to diversify beyond Facebook, Zynga has launched its first two games on Yahoo’s network of web sites.

The previously announced move is part of Zynga’s plan to generate more revenue from its popular social games by taking them beyond Facebook to web sites where it can find new audiences. The expansion is the first major move by Zynga in some time.

For Yahoo, the new games — Mafia Wars and FishVille — could generate new interest and social activity on its various properties. Those games will appear on Yahoo Messenger, My Yahoo, Yahoo Toolbar, Yahoo Pulse and Yahoo Games. The launch of the two games is just the first phase of a larger Zynga-Yahoo integration. Mafia Wars has more than 23 million monthly active users, and FishVille has 6 million.

Zynga has also diversified by creating the FarmVille.com web site, and it took FarmVille to MSN Games only to withdraw the offering for no stated reason. Zynga also launched its poker game in Taiwan, pledged to create social mobile games in Japan, and debuted FarmVille on the iPhone.

Back in the spring, Facebook shut down some of its viral channels for promoting games on its social network in the name of reducing spam. That caused a huge drop of tens of millions of users for Zynga’s games, which counted on the free messages as a marketing device. As a result, Zynga had to advertise on Facebook more, which shifted profits from Zynga’s pockets to Facebook’s and led to a lot of friction. On top of that, the two companies sparred over Facebook Credits, the virtual currency system that Facebook is still gradually introducing to users. Zynga and Facebook had a showdown and came to a tense agreement over Facebook Credits, which gives 30 percent of all virtual goods transactions to Facebook. Much of the tension has since been buried, but, partly at the urging of investors, Zynga has moved to diversify.