2016 is the year of the strategy game. With high-profile releases like Total War: Warhammer, Stellaris, and Offworld Trading Company receiving high praise and a massive amount of attention, PC strategy games are better and more popular than ever. And with heavy hitters like Civilization 6 cresting the wave and Dawn of War 3 on the way, they’re not going away any time soon.

But what’s behind this seemingly sudden explosion in popularity, especially in the United States where strategy games just aren’t thought of as a popular genre like it is in Europe? Certainly 2015 and 2014 had their gems, and indie strategy games like Crusader Kings II started to gain traction, but that was nothing compared to the massively high quantity of good, popular titles we’re seeing this year. Is this just a cyclical event that’s past due, or is something more at play here? We asked the people behind the biggest strategy games in recent memory to get some insight into why strategy games are rocking this year.

This year was front-loaded with strategy games, and all of them resonated in a big way, extending their reach to an audience that’s no longer small enough to be called a niche. So what changed? A big part of it is the rise of game maker Valve’s digital distribution platform, Steam. “Now, with the explosive rise of Steam and digital sales, the PC has had an incredible revival,” said Romain de Waubert de Genlis, the creative director and chief operating officer at Amplitude Studios, makers of hits such as Endless Space and Endless Legend and recently purchased by Sega thanks to the strength of the Endless line. “Not many platforms can pretend to have so many active users.”

You can also attribute the increase in audience interest to streamers bringing their games directly to the people thanks to early access development (where a studio sells a game before its finishes, using the proceeds and feedback from players to complete it). This model is another benefit of Steam, though other studios use it away from Valve’s platform. “Strategy games are in step with a number of trends in the industry, specifically Early Access and videos/streaming,” says Soren Johnson, founder of Mohawk Games and the main mind behind Civilization IV and Offworld Trading Company. “In both cases, games with dynamic, replayable content have more value, which is the natural domain of strategy games.”

The 2016 strategy games explosion is also a byproduct of the natural evolution of game design in the HD era, paving the way for more sophisticated, accessible products. “In order for a strategy game to be easy to understand, you need to be able to provide very useful information to the player easily,” explains Brad Wardell, the CEO of Stardock (Galactic Civilizations III, Ashes of the Singularity). “At 1,024-by-768 [resolution], you really can’t do this very well. But at 1080p and higher, you have the screen space to display a tooltip that explains what you are looking at.”

And then, of course, the genre has been around for so long that it’s been steadily accumulating a larger audience. “I think more people are gaming than ever before, and that is both in the realm of computer games and board games,” says Ed Beach, the lead designer of the recently released Civilization VI, one of the most popular strategy series in the world. “Most people have tried a strategy game in some form by now. With so many offerings available, people are getting very discerning about the experience they expect from each game session. I think if you put that all together, many gamers now prefer a deeper game experience.”

Johnson sees a similar trend. “I think a certain audience that yearns for deep, messy systems has grown big enough that they can support a publisher like Paradox, which would have been considered very niche ten years ago.”

Perhaps the most prolific success story of the strategy surge is Paradox Interactive, the makers of grand strategy games like Crusader Kings 2 and Europa Universalis IV. In an email exchange with GamesBeat, Thomas Johannson and Henrik Fahraeus tells us that they see their studio’s recent success as the result of years of hard work and a careful cultivation of the audience.

“It’s exciting to see strategy games get a bigger and bigger audience. It’s probably due to many factors but one thing I think is behind it is a feedback loop where strategy developers are getting better at presenting complex strategy games in a way that makes them more accessible to larger audiences, and larger audiences means we have more room for even more ambitious projects. From Paradox Development Studio’s perspective, we have seen a steady growth over 10-plus years where we have constantly managed to reach a bigger and bigger audience and thereby managed to increase both the number and the scope of our games. The fact that we released two big titles, Hearts of Iron IV and Stellaris, in 2016 is both the latest result of our continued growth and also due to the fact that these games had been pushed forward to different degrees.” 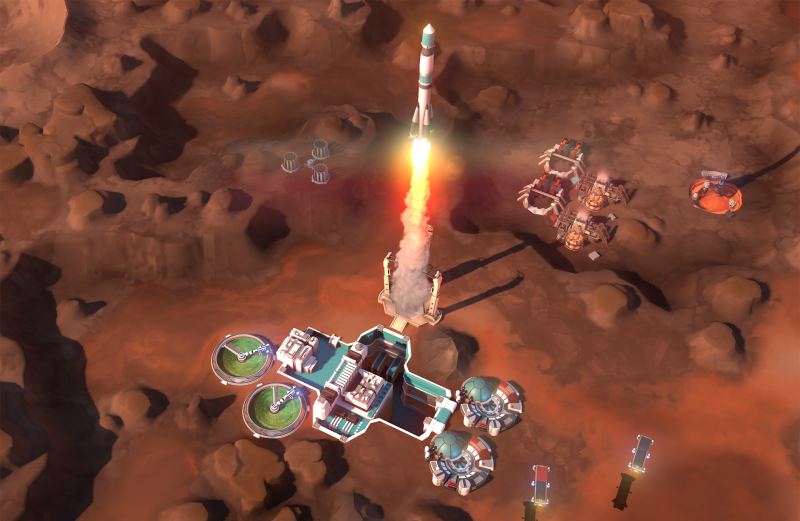 PC gaming culture is a lot different now than it was 10 or 20 years ago. Audiences are a lot more connected to both each other and developers thanks to social media and Steam.

“For finding issues and balancing and guiding what direction to take future work in it’s invaluable,” says Mike Simpson, the creative director of Creative Assembly’s Total War. “During Warhammer’s four-year development, the team probably played half a million battles. The players played 10 times that many in the first weekend. They provide a depth and breadth of feedback that dwarfs what we can achieve in the same time.”

Community feedback is so important that Amplitude put together an initiative dedicated solely to harnessing their vocal community.

“For Amplitude, we can’t do a good job at creating games without constant feedback,” explains de Genlis. “Our games are too rich, too complex, to try to just throw something over the wall without having constantly bounced ideas off of our players. In fact, it’s important enough that we built an entire web platform around it – our Games2Gether initiative. It’s a whole system we have set up to help get community input on our design process.”

Of course, this is nothing new for many developers delved deep into message boards a decade ago for feedback. Rather, the new social media environment merely increases the volume. As Johannson and Fahraeus recall, “We’ve always been very engaged with our community. Many of the devs and designers at Paradox post on the official forum and have from the very beginning of the company. The fact that many of us still engage there, if not as frequently, is a happy holdover from our smaller days. So instantaneous feedback is something we are used to. Social media and places like Reddit just increase the volume.”

Early Access is also becoming more important for strategy game developers thanks in no small part to how these games in particular play.

“Early Access is not a good fit for content-based games because players can only experience a single story once, so most players want to wait for those types of games to be finished,” says Johnson. “In contrast, a strategy game can be played — and enjoyed — throughout the Early Access process. Indeed, the fact that the game is constantly changing makes the process more interesting to some players.”

Early Access also lets developers take more risks in their designs, something de Genlis says Amplitude relies on because “we like to try things that are off the beaten path and see how people react to them. Without that, there is no way I would have taken the chance to innovate as much. If people are onboard with a game feature and love it before its release, that’s a win-win and is great for everyone. If not, you remove it or fix it — no harm done!”