Andy Wilson considers himself a builder. Over the last decade of his career, he’s had a hand in building new studios and teams around the world for companies like Codemasters, Ubisoft, and 2K. And his latest assignment — expanding Call of Duty developer Sledgehammer Games in Australia — might be his most rewarding challenge yet.

Wilson joined Sledgehammer in June as the chief operating officer, and one of his first tasks was to help the Activision-owned company establish a stronger presence in Melbourne, Victoria. I met with Wilson in Australia during Melbourne International Games Week (MIGW), a week-long series of events celebrating the local development community, to talk about the news.

Sledgehammer has actually had a team in the capital of Victoria since 2015, one that helped their colleagues in California with development on Call of Duty: WWII. But it was small, consisting of just five programmers. Wilson said that was the first test for Sledgehammer, to see how well it could coordinate with a team that wasn’t based in its Foster City headquarters.

It must’ve gone well because the company is confident enough to expand Sledgehammer Games Melbourne into a full-blown studio, with a goal of growing it to 30 employees by the end of 2019.

“This city has got a lot of talent and it’s ready [for more triple-A studios],” said Wilson. “The industry has been largely indie and mobile-focused over the last few years, and there are a lot of people here who have prior console experience and [who] actually want to get back into that. What Sledgehammer brings is something that doesn’t really exist here.”

Bringing triple-A back to Australia

Outside of a few studios (namely Wargaming Sydney, EA Firemonkeys, and Gameloft), Australia doesn’t have too many big names in its gaming industry. It wasn’t always like that, however: THQ, 2K, and others used to have subsidiaries scattered across the country. But the global recession in the late 2000s put an end to that, and laid-off workers either shifted into other industries, created their own companies, or found work overseas.

While a plethora of indie studios such as House House (creators of Untitled Goose Game) and League of Geeks (Armello) filled in the gaps, the triple-A side never really recovered since that time. But Wilson hopes that Sledgehammer Melbourne will encourage other big studios to reinvest in the country and tap into its rich pool of talent. 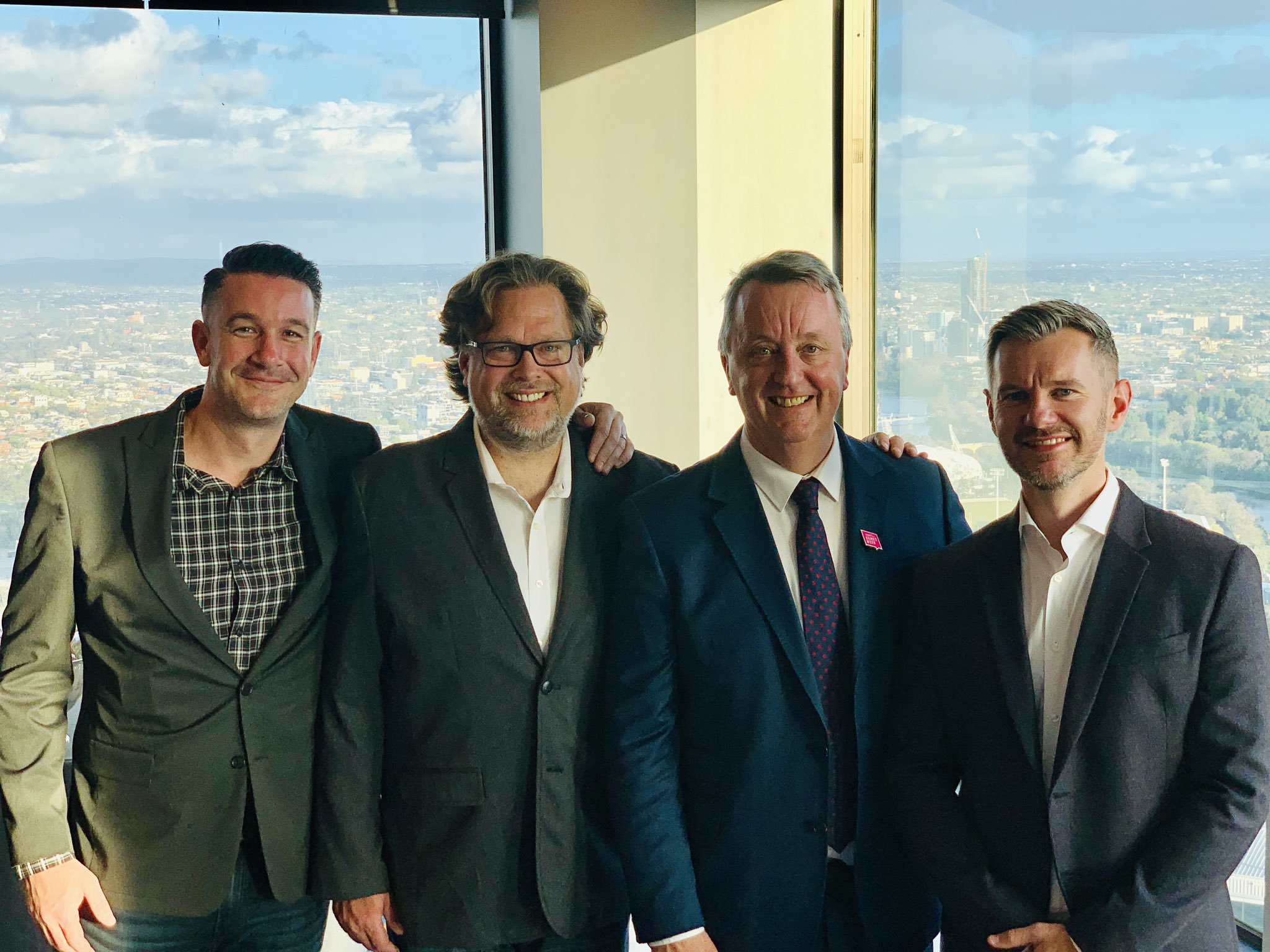 “We’re coming in and helping to expand the industry as well. It feels a little bit like it’s — it’s kind of getting ready to explode. And we want to be there at the forefront of that, leading it, and helping to shape it,” said Wilson.

Sledgehammer plans on recruiting Australian developers who have console and PC experience, those who already left the country but want to come back, and others who wouldn’t mind moving to Melbourne. It also plans on establishing internship and mentorship programs for college graduates — local universities like RMIT and Swinburne offer robust game design courses for students.

“Having been involved in the building of a few studios now, I’m a builder. And the interesting thing for me is to go in and create something, not to just go into a massive development hub and then just start recycling the existing development group. It’s much more interesting and much more satisfying to get to the point where something is established, and you realize you’ve actually created something and provided new opportunities that weren’t there before,” said Wilson.

Wilson couldn’t say what projects the Melbourne office will help out on. But chances are good it’ll at least be working on another Call of Duty game, as Sledgehammer is one of the three studios responsible for coming up with new ideas for Activision’s blockbuster franchise (Treyarch made Black Ops 4 in 2018 and Infinity Ward recently released Modern Warfare on Oct. 25). 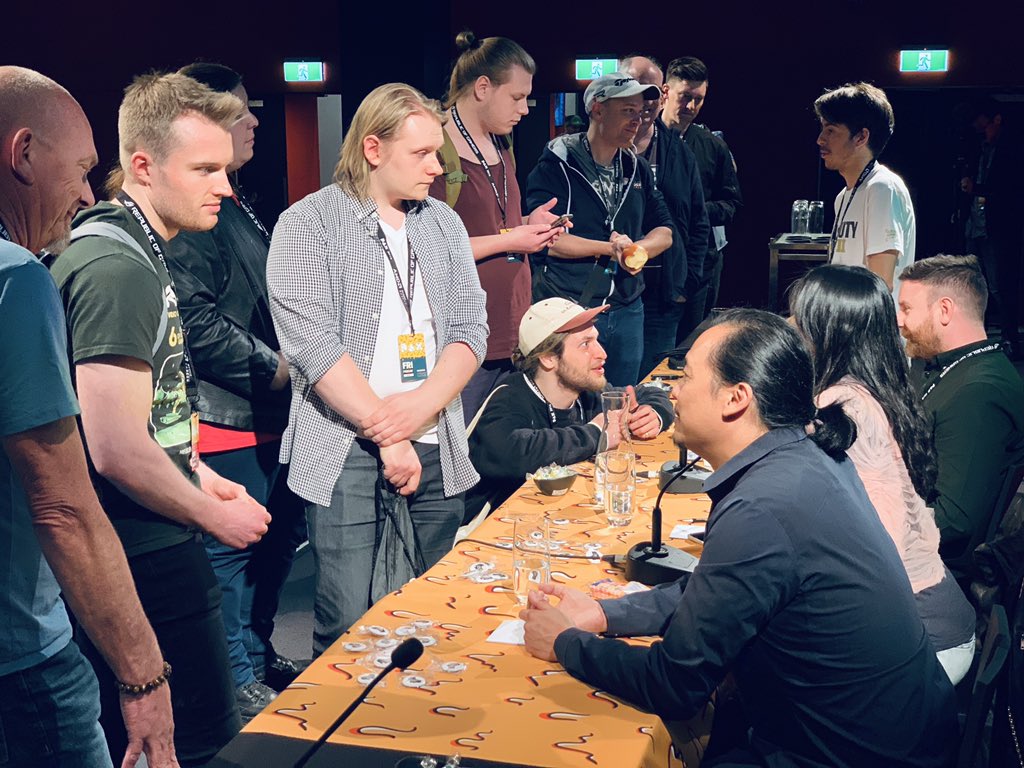 Above: Sledgehammer meets with fans at PAX Australia 2019.

But he did emphasize that Sledgehammer Melbourne will be a vital part of the company’s future.

“We’ve just entered our second decade as a developer. It’s sort of like a second age of Sledgehammer. And there’s a lot of change happening within the studio and we’re very forward-looking at the moment. So we’re very fixed on the future and Melbourne’s going to be a big part of that,” said Wilson.

The Australian expansion comes more than a year after Sledgehammer’s two cofounders — Michael Condrey and Glen Schofield — left the studio within months of each other in 2018. Condrey later joined Take-Two Interactive to establish 2K Silicon Valley, and Schofield is now leading Striking Distance, a new studio under PlayerUnknown’s Battlegrounds owner PUBG Corp.

Disclosure: The state government of Victoria paid my way to Melbourne for MIGW. Our coverage remains objective.