Electronic Arts has made a big decision to add women’s soccer teams to FIFA 16 coming this September. That may seem like a no-brainer for attracting women and girls to FIFA’s worldwide fan base, but it wasn’t easy to do.

Women’s soccer is becoming more popular in the U.S., and it stands to reason that EA Sports’ FIFA, the world’s most lucrative sports video game franchise, stands to benefit from that. I talked with Nick Channon, the senior producer on FIFA 16 at EA Canada in Vancouver, about the change. He said that EA had to change the physics and character models in the game in order to accurately depict women in a realistic way on the pitch.

This news comes on the heels of a host of arrests for corruption among FIFA leadership earlier this week. The arrested officials were in Switzerland and are being extradited to the United States to face charges.

Starting this fall, FIFA will have a dozen women’s teams from around the world, and Channon said that the collection will showcase the world’s best female soccer players. Here’s an edited transcript of our conversation.

GamesBeat: You’ve added women’s soccer for the first time here. Can you talk about the background behind that decision?

Nick Channon: Obviously it’s something we’ve been considering for a while. When we added women to our game we wanted to make sure it was done properly. You don’t want to get into a situation where you just add a woman’s head to a man’s body. We’ve had to do quite a lot of work to get to that point. Quite a lot of technology has been put in place in terms of body types, making sure we had a female body type that looked authentic and realistic. We had to change some of our technology to do that.

The flip side is that it’s also helped the men’s game as well. We now can have tall, skinny body types, or bigger, thicker-set ones, which we’ve never had before. We’ve had to add things like the hair simulation. We’ve never been able to have hair moving in gameplay camera. Some of that’s framerate. We’ve had to do some optimizations to make that happen. We did a lot of motion capture to get run cycles right. We went round and scanned as many teams as we could with our new head-scanning technology. The key for us, when we added it, was that we did it right and properly and as authentically as we could.

GamesBeat: There’s a lot of research showing the popularity of women’s soccer on the rise, I take it?

Channon: Women’s soccer is becoming more and more popular every year. We want to be the most authentic experience we can. To do that, we wanted to add women’s games. We have 12 international teams, bringing together some of the best players in the world. We’re proud to be able to announce it. We feel it’s a great addition to our game.

GamesBeat: The top U.S. women’s league folded recently. Was that a setback to you at all?

Channon: We wanted to go with international teams. That’s where the best players come together in one place. The popularity of the women’s game is increasing all the time. We felt like we could do a proper job technically, and now is a great time to add it.

GamesBeat: Making the game easier to learn is good if you’re also expanding to new audiences.

Channon: Yeah. We have a great way to teach new users the game. We get lots of people coming in to play every year. We want to make sure they have the best experience they can. There’s no better way to learn the game than sitting next to somebody teaching you, so we wanted to use that concept. People don’t want to go through tutorials, really. They want to learn by playing. We’re also making sure we talk to our core users. Maybe there are things they didn’t know about.  It’s not just about the beginner. It’s teaching everyone to play at a high level.

GamesBeat: Do you see the addition of women as a trial? Could they someday get their own separate branded game?

Channon: We’ll wait and see what the future holds. We feel this is a great start with some of the best players in the world playing in one place. We’re excited for this year and we’ll see what the feedback tells us. 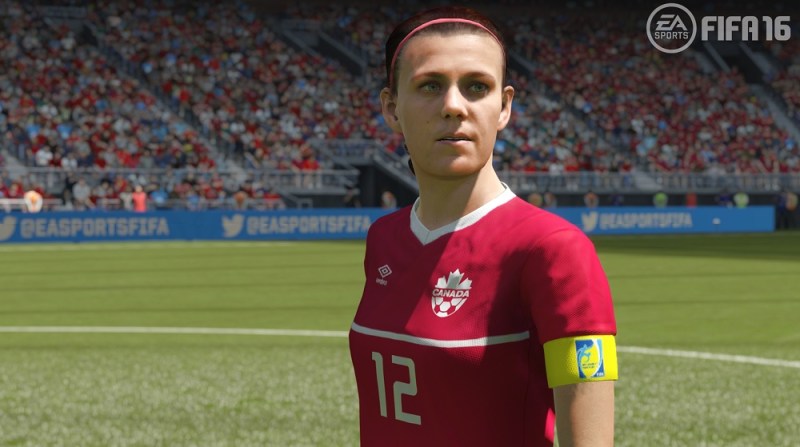