Streamline Media Group is a game services company in Malaysia and the U.S., and it’s giving itself a boost in the global gaming market by signing up Shawn Layden as a member of its advisory board.

Layden is the former chairman of PlayStation Worldwide Studios and former president and CEO of Sony Interactive Entertainment America. Since leaving Sony in 2019 after 34 years on the job, Layden has become an adviser for game companies.

Streamline Media Group has more than 200 employees working on businesses such as game outsourcing, art, and testing. It focuses on doing remote work for other companies, and because of the pandemic, that has become a critical issue for the expansion of the game industry, which has seen lots of delays of triple-A games in the past year.

“Streamline solved for this problem years ago,” Layden said in an interview with GamesBeat. “They know the challenge of remote distributed development and how to work with your partners, your teams, the stakeholders, and even have a program in Sri Lanka and artists in Stockholm, which will all come together and collaborate in this platform for Streamline.” 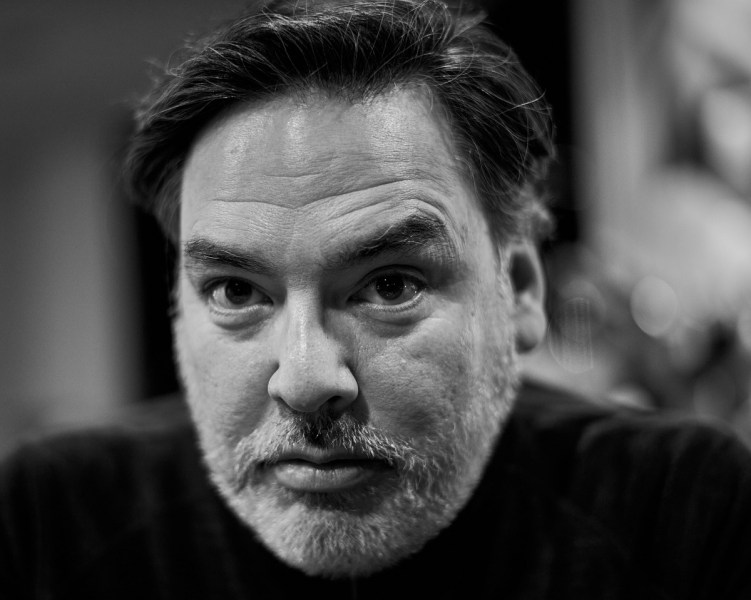 Above: Shawn Layden is the former chairman of Sony’s Worldwide Studios.

Layden will advise the company on its global strategy for video games and enterprise. Layden was most recently the chairman of PlayStation Worldwide Studios and previously served as CEO of SIE America, and executive vice president and chief operating officer of Sony Network Entertainment International.

Layden’s career started in 1987 in the corporate communications department as the assistant to Sony cofounder Akio Morita. He played a key role in launching and running the PlayStation consoles over the last 20 years.

Asked why he was advising, Layden said he thought of it as a way to have an impact across the industry, beyond working for one company. He worries about the massive, rising costs for game development, and how to get the whole industry to embrace practices and technologies that can keep those costs in check.

“It’s going to get extragalactic pretty soon,” he said. “Some of our game production mythologies haven’t changed in 25 years.”

Streamline Media Group CEO Alexander Fernandez said in an interview with GamesBeat that he believes Layden can help the company as it tries to provide social-economic mobility for current and future generations through video game careers. Streamline has tripled its revenue in recent years, and it is expanding into new territories.

“We need to get different people in the industry. And that’s how you make a game like Parappa the Rapper, made by Masaya Matsuura, a professional musician,” Layden said. “It’s moments like that we have to find a way to create an onboarding opportunity. I talked before about the cost of game development is just escalating. And that trajectory goes to a really, really bad place. If you’re not talking about more voices, more variety, and diversity, you’re going to get sequels, you’ll get copycat games, you’ll get the same stuff.”

Layden believes the game industry has to be ambitious and wise on these matters, and it has to disrupt itself before other industries will do it to gaming.

“We have to be our own disruption, because if we don’t do it ourselves, sure enough, someone who’s non-endemic is going to come in and they’re already at the games,” Layden said. 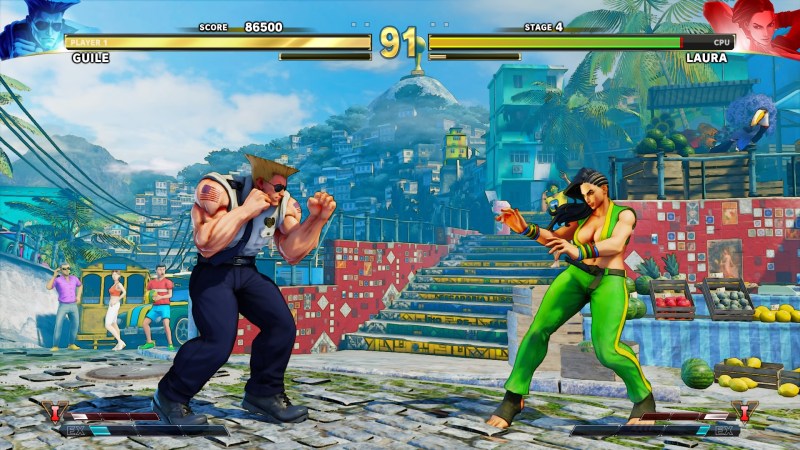 The lines between media, entertainment, technology, and video games have converged into the metaverse, Fernandez said. Now is the time to build a sustainable structure around it that progresses the evolution of business models and welcomes more people, voices, and talent to shape it, he said.

Layden’s role comes on the heels of Streamline’s global expansion into the Americas, with headquarters in Las Vegas and a recruitment drive for software engineers and game developers. With diversity and representation at its core, Streamline is actively recruiting applicants to support the industry’s growth while also transforming traditional businesses through the implementation of video game technology. 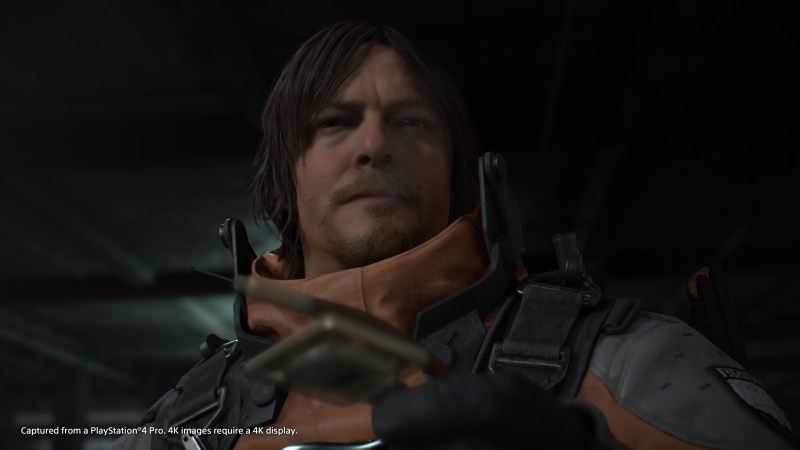 The company started in the Netherlands in 2001, and then it set up shop in Kuala Lumpur in Malaysia in 2010. It has expanded to Las Vegas, Europe, and other parts of the world. And it has worked on games such as Street Fighter V, Final Fantasy XV, Oddworld Soulstorm, Outriders, Gears of War, Death Stranding, Pillars of Eternity, BioShock Infinite, and Afterworld: The Age of Tomorrow.

“We became lensed into the concept of the metaverse blending media, entertainment, technology, and gaming in the past year in a project we did with Balenciaga, bringing their fall 2021 fashion lineup to the rest of the world and to their consumers,” Fernandez said. “From there, we began to realize is that ultimately, this expansion of our of the games industry, the entertainment side of our space, is going to be met also with the expansion of the enterprise side of video games. And we’re extremely excited to finally see that happen.”

At the same time, Fernandez started talking a lot with Layden, who worked with Steamline Media while he was at Sony (they worked together for a dozen years across company lines).

“We began to realize that there was a lot of overlap where we saw not only the talent and diversity perspective, but from a commerce side and what is the future of the games industry,” Fernandez said. 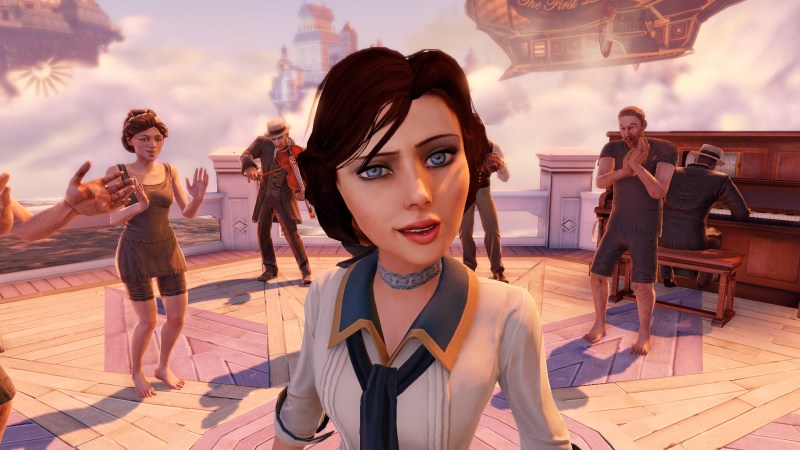 “I stepped away from Sony at the end of 2019. And before I could get back into the world, as it were, all of us were struck down by the coronavirus pandemic, which means working from home,” Layden said. “Alex created a really valuable asset for remote work. We were looking at a world where not everyone’s going to go back to 2019. The old days of the working model are in the past. It’s sealed in amber. We can observe it, we can poke at it, we can study, but we can’t get back to it. And I think the future is going to be for those companies who have the  ability to adapt to the new world order coming out of chaos of the pandemic and looking to find ways to make their employees happy and motivated and enriched to come back into work in collaboration.”

Layden said the pandemic gave companies the spread out the workforce remotely around the world.

“And this also opens up the ability for more people to participate in video game development,” Layden said. “If you don’t have to get to the Silicon Valley to be part of this world, but you do want to be part of it, and you have the skills to do that, you can do it. We are now creating a world where everyone can participate from almost everywhere. And I think that is the key to unlocking the game industry.”

Fernandez agrees that it’s a great opportunity to get more diverse people into the game industry.

Layden and Fernandez also discussed the consolidation of the game industry into a handful of large players. This force can damage the industry’s diversity, and the way to buttress against that is to find more onramps for people around the world into gaming, Layden said.

“The diversity will only increase if we increase the number of people who are participating,” Layden said. “That’s what the pandemic has given us — a chance to press pause and realize how we’re going to re-create the workforce around these new restrictions. And then the happy outcome of that is we can get more people in now. We can get people in who never thought they could get here. We can connect with them. We can give them tools, we can give them teachings, we can bring them into this.”

Layden thinks that’s a net positive. Outsourcing firms like Streamline have a valuable commodity in the talent and trained game development teams that can be put on major projects. While the game industry has grown, it hasn’t been as good about the development of new talent, Layden said.

“If you really want to have a sustainable pipeline, you need to invest in talent that comes from anywhere,” Fernandez said. “You need to be going to places like Southeast Asia, Latin America, and the emerging places of our own country. In the end, that’s where the talent is. They are raw talent that want to participate, but they need access to the markets. From a standpoint that the social economic impact our industry has is a story that everyone gets to experience, if we’re willing to be brave enough to go out there and connect with these people.”

Fernandez also believes in enterprise gaming, or the use of video game technology in nongaming fields that will perpetuate and build careers and basically transform the economy, he said.

“We need to realize that we are expanding our market and we’re growing this new part of the economy,” Fernandez said. “It’s new GDP that effectively hasn’t been seen before. And our industry is leading this.”