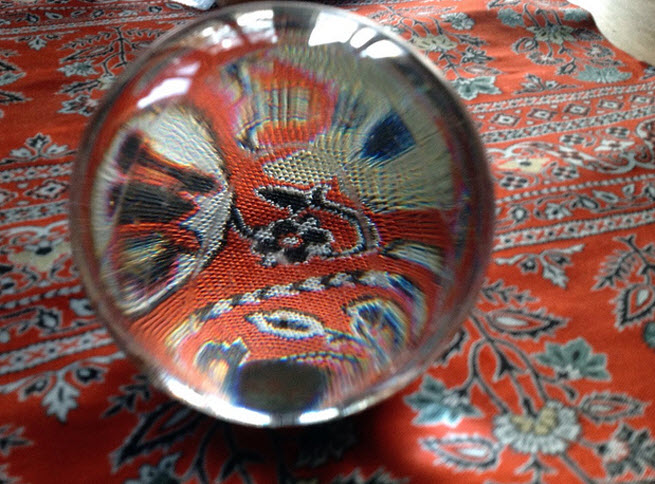 Based on searches on Google, Microsoft’s next-generation game console will probably be more popular than Sony’s. 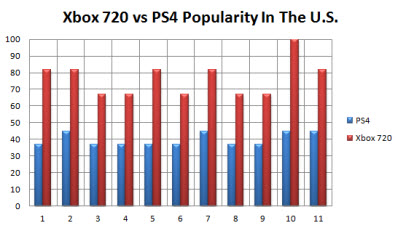 Neither company has talked officially about their plans for new consoles, which the industry has nicknamed the Xbox 720 and the PlayStation 4. But a story in online game news site Ludos Mundi predicts that Microsoft’s Xbox 720 will win based on the searching that users are already doing for the new consoles.

Google Trends accurately predicted the winner of the next-generation DVD format, showing that results favored Blu-ray movies over HD-DVD movies. The graph at right shows that the Xbox 720 is becoming more popular over time.

To search for yourself, go to Google Trends and compare Xbox 720 and PS 4 using the “forecast” feature, with the settings on 2004 to the present.

If I were Sony, I would hire an army of users to search on the PS 4 or PlayStation 4.

As an aside, the number of searches for Nintendo’s new game console, the Wii U, has been declining since its launch in late November. What does that mean?