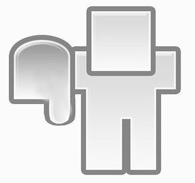 Has the news site Digg really made no progress in two years?

That’s what you’d have to conclude from the value investors are placing on Digg after their most recent investment: $164 million.

You’ll remember the hyped BusinessWeek article from more than two years ago that reported “people in the know” said the company’s value was “easily worth $200 million.” The reference suggested Digg and its investors were hoping to steer perceptions that it was worth at least that much.

Numerous reports over the past year suggest that Digg has been trying to sell itself. Most recently it was apparently trying to sell to Google for $200 million, but Google then passed, according to reports.

So then, when investors pumped $28.7 million more into Digg in September, the company took on a post-money value of $163.6 million ($134.9M pre money + $28.7M). The value comes from analysis done by VC Experts, based on public documents that include information such as price per share.

That paper value, as negotiated by it investors Highland Capital Partners, Greylock Partners, Silicon Valley Bank and Omidyar Network, is of course not necessarily the “real” market value of the company.

In this economy, which has only turned more dour since the Sept. investment (the stock market crashed in October), you could argue Digg got a relatively good deal with its investment. It would be valued even less by its investors were it to raise money now. The company and investors declined comment on this story. 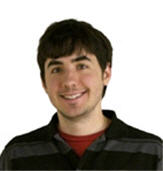 Digg and its backers arrived at their value through negotiations, a process that is necessary to decide how much ownership the VCs get of Digg in return for their investment. The investors gobbled up another fifth of the company with this latest investment, leaving less for founder Kevin Rose (pictured) and his colleagues. It’s looking less likely that Rose will take home the $60 million that BusinessWeek suggested his Digg value was worth two years ago. However, reports suggest Digg was able to take home some money from the investment, so at least now he can afford a couch.

Here are some recent facts:

– Digg says it has more than 30 million unique users a month.
– Comscore says Digg has only 15.8 million users a month, of which 6.2 million are in the US.
– A mere 1 percent of its users generate 32 percent of the visits, according to Quantcast; this is grounds for some concern.
– Digg’s traffic has flattened.
– Digg has now raised $40 million.
– The company plans to double its staff to 150 over the next year (or at least that’s what it said before the October downturn).
– Digg is not profitable. 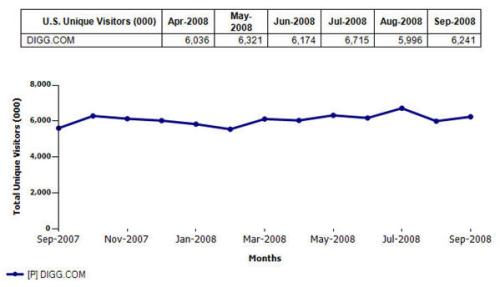